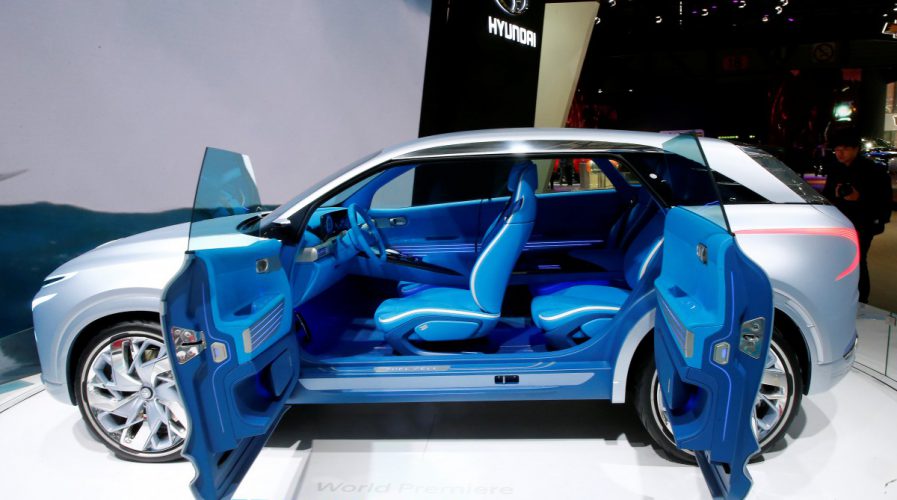 Other incumbent carmakers could adopt only EV and hybrid product policies soon, as demand for green-fueled vehicles rises. Source: Reuters

SWEDISH auto manufacturer Volvo has become the first car maker worldwide to announce a target to eliminate production of petrol- and diesel-only vehicles.

The company’s bold plan has the company aiming to include an electric motor in every single car it makes by 2019, following its launch of their first all-electric vehicle (EV) last year. The company is eyeing to produce one million electric cars by 2025, while it has five electric-only models in the works for a 2021 release.

Volvo’s move takes advantage of the advanced leaps the automotive industry has made in the last few years with Elon Musk’s Tesla at the forefront. Incumbents in the industry are making strides, largely driven by the global thirst for electric cars which are largely more affordable in the long term and better for a planet battling rising temperatures.

“This is about the customer,” explained Volvo CEO and president Håkan Samuelsson, in a press release, as reported by VentureBeat.

“People increasingly demand electrified cars, and we want to respond to our customers’ current and future needs. You can now pick and choose whichever electrified Volvo you wish.”

The global demand for EVs has surged, driven in part by China’s Prime Minister Xi Jinping’s call for a strategic initiative to drive up the production and adoption of hybrids and electric vehicles. China is helping the idea of EVs to gain traction, with the country ranking as the biggest market for the green-fuel vehicles and Europe clocking in as a close second.

Xi’s government has made various tax reductions and exemptions available to consumers of EVs and hybrids, signalling that Volvo’s decision to shift into EV-only vehicles is a prudent one. The move is perhaps unsurprising given that the Volvo brand is owned by Chinese company Geely.

Green technology certainly has made some headway in the last year or so, with investment in the technology growing every year. Likely, Volvo will be the first of many other carmakers who see value in the space—already big players such as South Korean Hyundai and American Ford are planning shifts into the EV space.

“This announcement marks the end of the solely combustion engine-powered car,” said Samuelsson.

“Volvo Cars has stated that it plans to have sold a total of one million electrified cars by 2025. When we said it we meant it. This is how we are going to do it.”