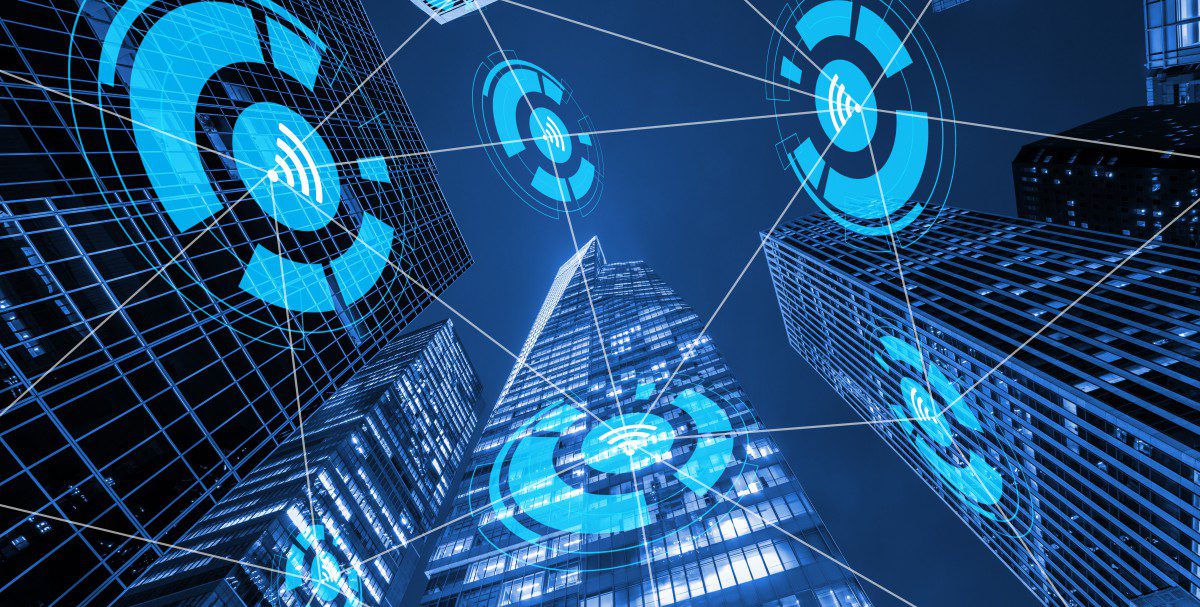 The Next Generation of IoT

Broadband connectivity has become increasingly prevalent across the globe (3G coverage extends currently to 65% of the world’s population, 2G to over 90%), and the accompanying increase in semiconductor power, decrease in size and power requirements of said components, and general fall in tech fabrication costs, have led to new doors opening: the spread of new networks of devices that communicate quickly, easily, cheaply and (hopefully) usefully.

The Internet of Things has the potential to provide smarter services, albeit while raising trust & security questions and offering new challenges to standardization and governance bodies. If these can be overcome, IoT’s ubiquity can only be ensured if the so-called developed world doesn’t squander the technology’s potential by ring-fencing profit as the only valued outcome.

IoT has the ability to change many of the ways the rest of the non-first world develops economically and socially. Various applications’ benefits are not solely confined to technologically-advanced nations. In fact, advances via IoT in green energy, energy efficiency in the round and logistics, as simple examples, are easily applicable just about anywhere.

While Asia forges ahead with 5G implementation, closely followed by the US, Europe and Oceania, the possibilities of IoT technology are perhaps of even more value to struggling economies than to the countries leading the charge.

Internet of Things is quite rightly high on the research agenda of many multinationals as well as overseeing bodies such as the European Commission. Additionally, countries that were until recently described as ‘emerging’ or ‘developing’ (some now referred to as low-middle income) nations such as China and India have realized that they can catapult their social & economic process by the judicious application of IoT technology.

Geographic interconnectivity is key to garnering benefits, but the huge scales required pose their own problems. 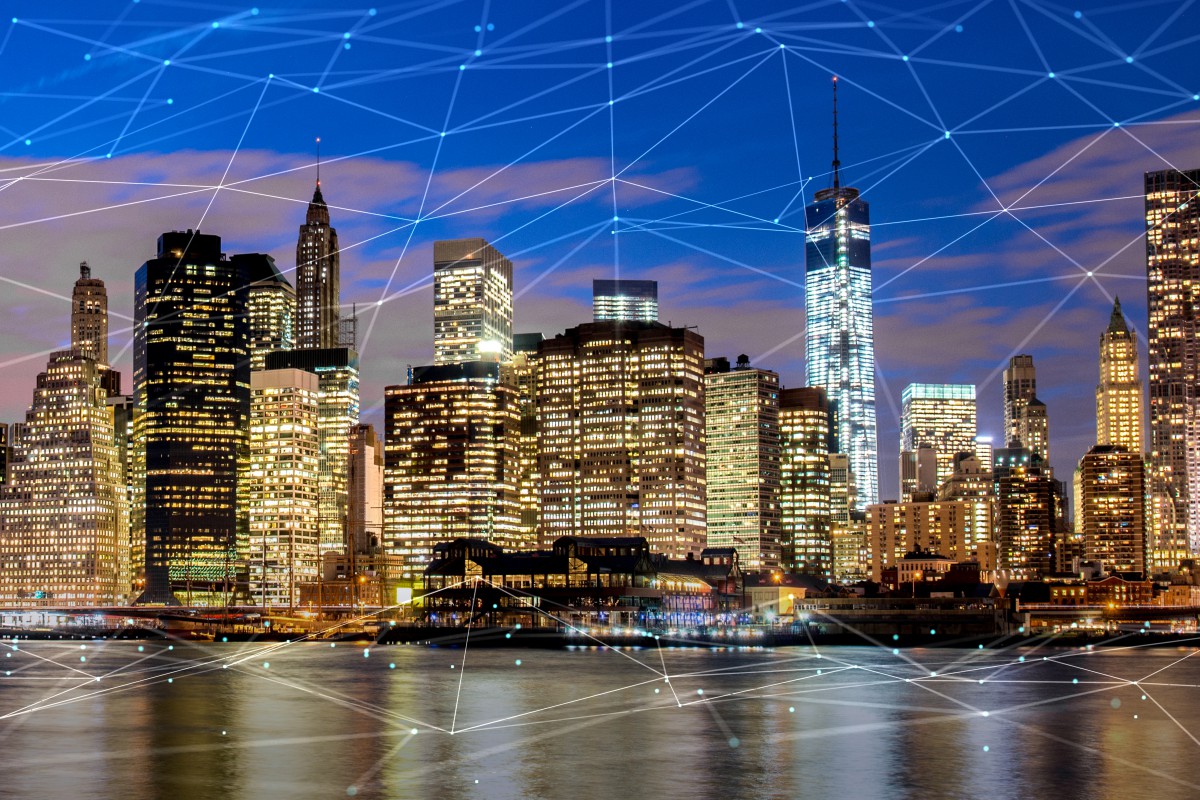 It takes only a proper foundation to be created for a fully-connected IoT environment to thrive and have an immediate positive impact. Here is where prescient governments, NGOs and forward-thinking private sector bodies can help. The free market has developed the tech and absorbed its costs as an investment in the future. By adding government support, private-sector innovations can be widespread and, where it will really make a massive difference to people’s lives, revolutionary.

Affluent populations clearly benefit from technological breakthroughs, but these are often marginal improvements (does anyone really need a ‘smart’ pool filter?). In the developing world, there are several areas of life that could experience exponential improvement.

Here are several companies playing their part in developing IoT technology at the cutting edge across a range of economies, countries and markets:

A variety of forecasts indicate that Internet of Things (IoT) is expected to add huge value to the global economy. IoT can help organisations achieve new efficiencies, create new business models and achieve borderless growth. Tata Communications is forging the way with IoT, bringing unique expertise to this exciting field. 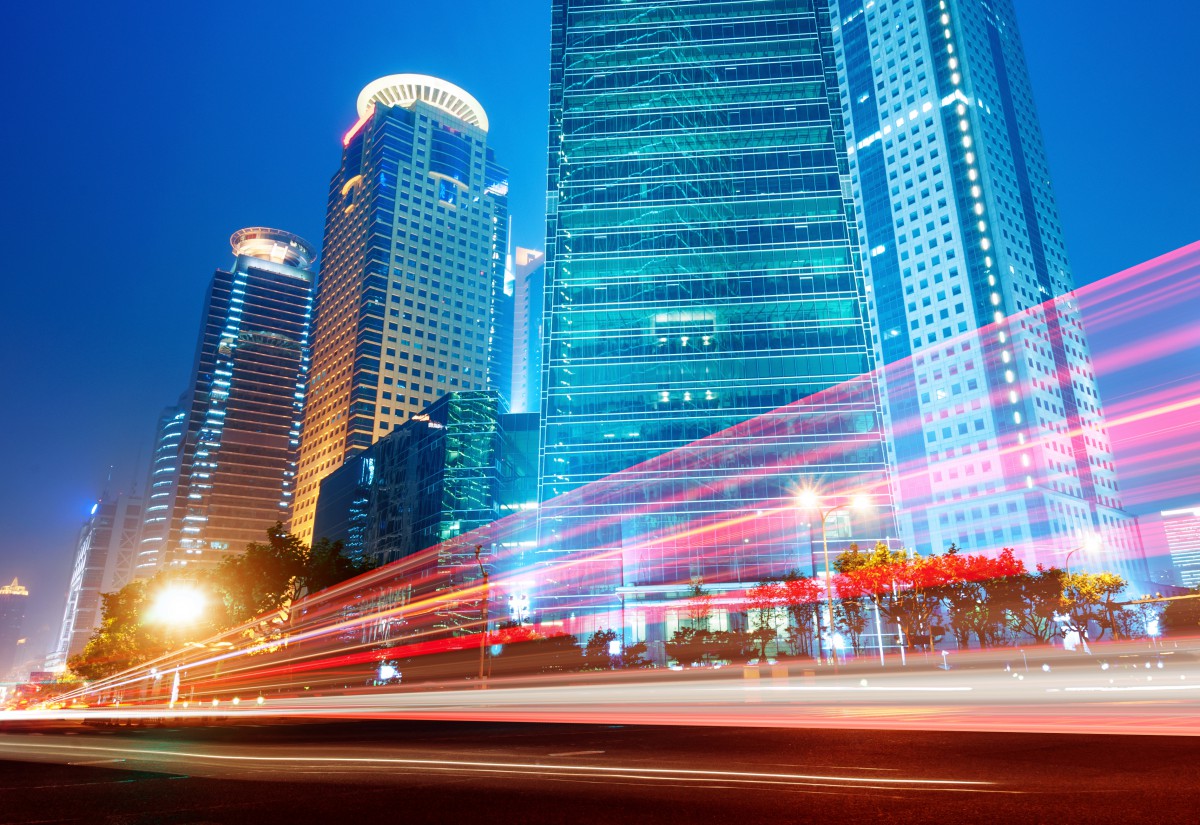 The company has identified  that economic and societal value will be spread across a value chain comprising multiple elements – hardware devices, networks, IoT enablement platforms, integration providers, application developers and communications service providers. The expected growth can only be achieved using optimised, scalable networks, so Tata Communications’ considerable technical capability is already on the move.

The proven success of LoRa, with the support of hundreds of members of the LoRa Alliance, is key for future widespread adoption. Apart from adopting LoRa technology, Tata Communications is also building an end-to-end IoT technology infrastructure including a technology-agnostic IoT platform and vertical-specific applications.

Global IT giant Dell opened its dedicated IoT division in 2015 and has been concentrating on ensuring it provides the world’s broadest portfolio of IoT infrastructure devices. Its customers across a broad range of industries.

Dell is of course involved in multiple industry verticals, creating ecosystems in which IoT structures can operate effectively, at network edge, in the data center and in the cloud. For instance, it is now deploying its Edge Gateways across manufacturing facilities worldwide, after seeing productivity improvements during proof of concept experiments at large facilities in Brazil. 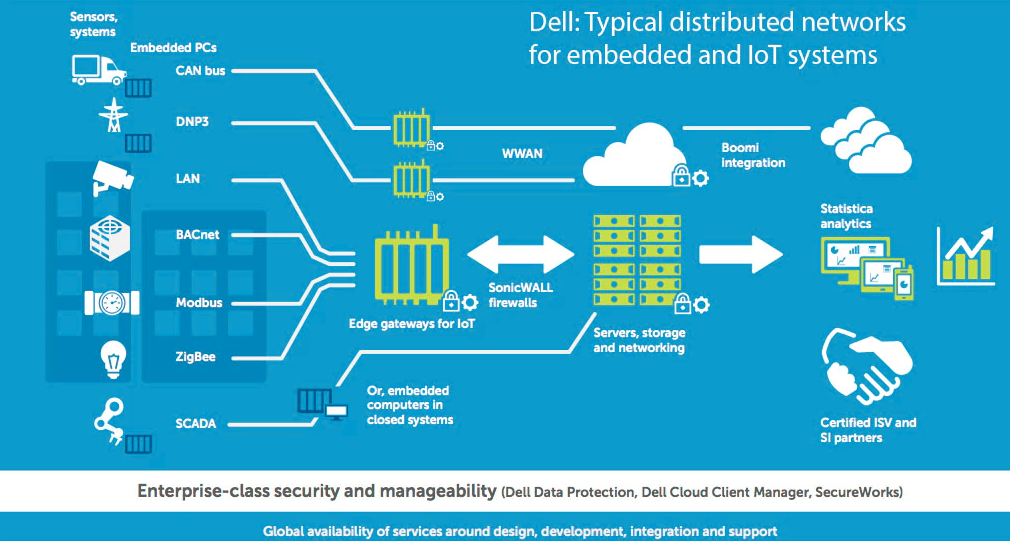 While Dell’s position is one of advice on and supply of the infrastructure required for IoT implementations, its internal Services division was acquired in 2016 by Japan-based NTT DATA, a large IT services provider employing 80,000 staff in over 40 countries. NTT complement Dell’s infrastructure emphasis with a range of consultancy, solution creation, project management and business process change by means of a range of IoT offerings.

Sierra is a Canadian tech designer and manufacturer of a range of equipment with bases in HK and Guandong. It produces a broad portfolio of embedded hardware modules that are at the cutting edge of wireless technologies, including 2G, 3G, and 4G devices and gateways.

The company has capitalized on its market position by acquiring several competitors and associates, including AnyData, Maingate, Mobiquithings, GenX Mobile, and Qualcomm’s CDMA module business, the latter tying the two companies together in a series of supply & licensing agreements.

In hardware terms, Sierra is a world-leader, having produced the world’s first LTE devices and the business claims to have produced over 120m M2M (machine-to-machine) devices since their inception in 1993. This position is further strengthened of late with the company’s acquisition of Numerex, a specialist M2M provider.

In addition to its hardware capabilities, Sierra provides a cloud solution for the development of IoT implementation, named AirVantage. AirVantage powers and manages wireless IoT deployments across many different industries, from startups who are innovating in emerging markets, to Fortune 500 companies.

While Sierra’s own hardware is clearly designed to be used in AirVantage scenarios, the software is also compatible with many mobile SIMs from other manufacturers and operators. Sierra has also created Legato, a Linux-based platform for embedded M2M devices, and mangOH, a design for IoT devices released under open license terms.