The race for blockchain-enabled smartphones

BLOOMBERG recently reported that Huawei is in talks with Sirin labs to develop smartphones that could run blockchain-based applications.

However, Huawei isn’t the only one. Last week, after a long hiatus, Lenovo releases three new models, with the Lenovo S5s boasting to be blockchain ready. The phone is said to be fitted with an encrypted payment system called “Z-Space”, powered by blockchain. While details are scarce, it is noted to make payments more secure on the device.

Earlier this month, Chinese consumer electronics company Changhong launched the R8 Unicorn. Claiming to be the world’s first blockchain mobile, based on the Proof of Work consensus algorithm, device fingerprinting, and location-based services. According to reports from Chinese media, the R8 Unicorn allows users to mine, as well as use blockchain to record information including fingerprints and location. 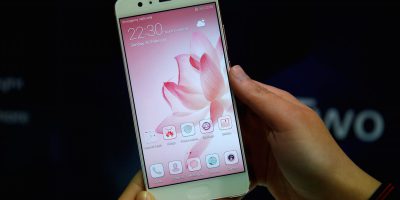 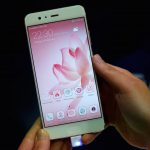 HUAWEI MIGHT BE FIRST TO MAKE BLOCKCHAIN-READY SMARTPHONES MAINSTREAM

That’s not to say a mobile phone will have the same kind of computing power needed for crypto mining. Mining in this sense is more “mechanisms” that resemble the mining process.

In the case of Sugar Phone, users can “mine” to obtain “Candy points”, which can then be exchanged for goods and services available on the marketplace. For Changhong, it is using a bitcoin-like algorithm to store and process the data.

Currently, there has been no consensus as to what consists a “blockchain smartphone”. However, if truly enabled, it could revolutionize the future of work.

Already there are talks for blockchain to be incorporated into other industries besides financial services, notably in manufacturing, distribution, and logistics.

However, with the current state of blockchain, it’s not as easy as downloading an app which allows you access to the distributed ledger. Blockchain has to be incorporated into various additional devices.

If Huawei truly succeeds in bringing blockchain into smartphones, beyond just currencies and payment services, it could mean streamlining work processes and allowing workers to access any systems running on blockchain right from their devices.