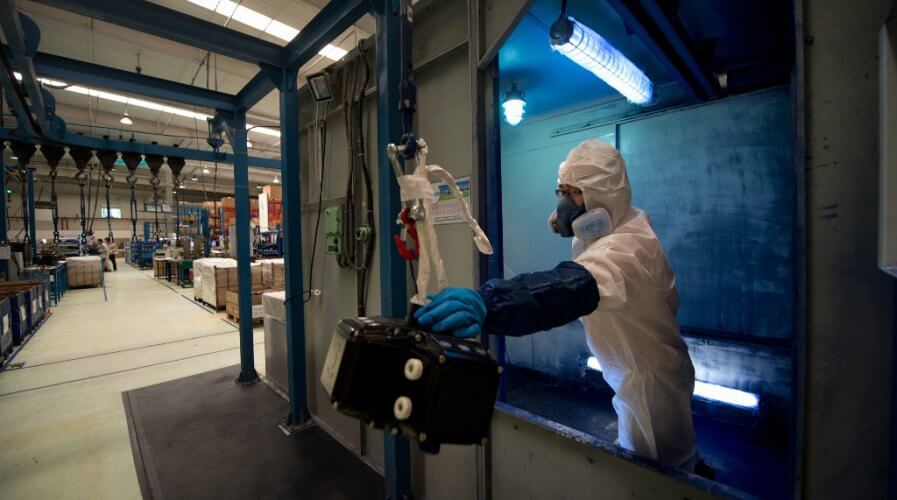 SUPPLY chains are changing rapidly — not only because going digital is more efficient and profitable but also because that is the only way to deliver on customer expectations.

According to a new MHI study, eight out of ten supply chain professionals believe that digital supply chains will be the predominant model within just five years.

The study also found that investment in supply chain innovation is at a critical inflection point, with a trend of declining investment from 2015 to 2018 being more than countered by a 95 percent increase in projected spending for 2019.

Diving deeper into the projected investment, Tech Wire Asia found that 57 percent of supply chain professionals are keen on putting in more than US$1 million into new technologies over the next two years, 34 percent plan to spend more than US$5 million, and 22 percent expect to invest more than US$10 million.

This begs the question — which technology are they keen on investing? The answer isn’t quite obvious as yet, however, the study does provide some interesting insights into technologies that supply chain professionals feel will disrupt the industry and those that it feels will provide them with a competitive advantage over others in the market.

The study evaluated technologies such as robotics and automation, predictive analytics, artificial intelligence (AI), sensors and automatic identification, inventory and network identification tools, the internet of things (IoT), autonomous vehicles and drones, among others. 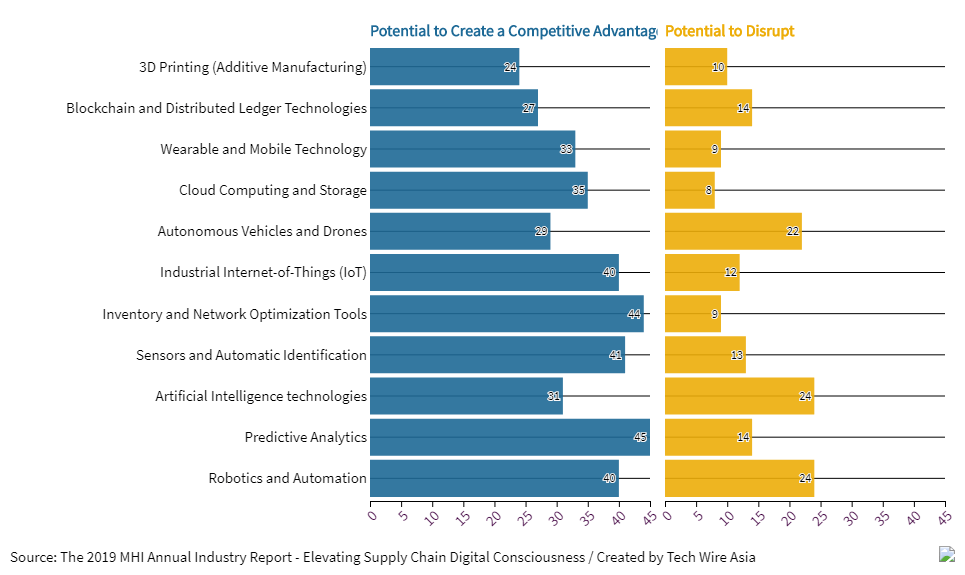 GETTING TO GRIPS WITH AI-DRIVEN SUPPLY CHAINS

From the chart, it seems as though supply chain professionals believe predictive analytics (45 percent), inventory and network optimization tools (44 percent), and sensors and automatic identification (41 percent) have the greatest potential to create a competitive edge.

However, they do see robotics and automation (24 percent), artificial intelligence technologies (24 percent), and autonomous vehicles and drones as the biggest disruptors of the future.

MHI also studied adoption rates and found that businesses were putting their money where their mouth it.

The report highlighted that inventory and network optimization is expected to reach 75 percent adoption in two years, and 90 percent in the next five.

In fact, over the next five years, MHI believes predictive analytics will reach an adoption rate of 87 percent followed by Sensors at 86 percent, IoT at 80 percent, and Wearables at 73 percent. 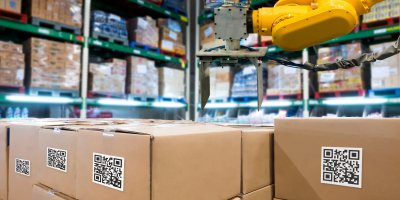 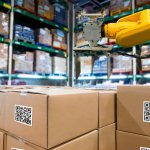 WHAT GDPR MEANS FOR YOUR SUPPLY CHAIN

Blockchain and AI, which are currently only at 10 percent and 13 percent, respectively, are both expected to reach 62 percent in five years. That’s a massive step in terms of technology for most businesses.

At the end of the day, it seems as though supply chain businesses are keen on investing in what they believe will give them a competitive edge or help them disrupt the market — which means, those that are sitting on the sidelines are taking a big risk.

In the supply chain space, it looks like technology will be a key disruptor in the coming years, completely changing the market to meet and exceed customer expectations.