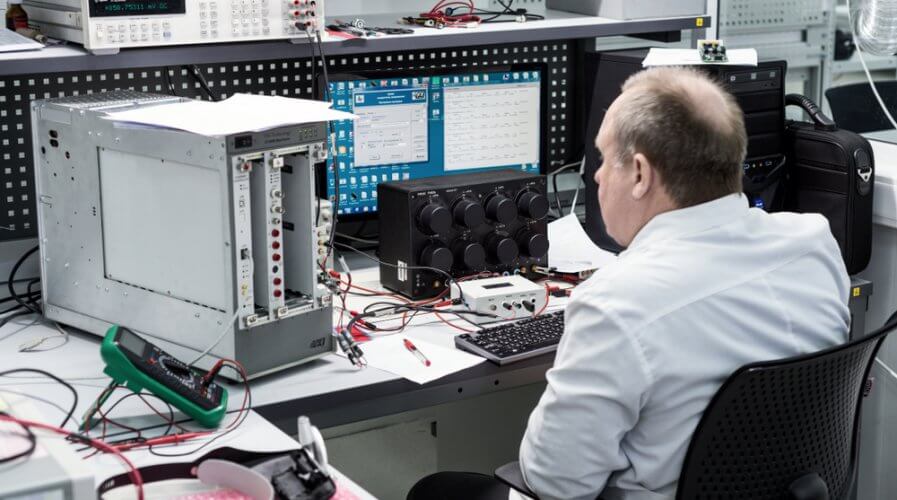 In the past, employees complaining about internet connectivity issues and slow internet speeds might have been common — but that’s unacceptable now with the thrust on adopting a digital mindset, culture, and using digital tools and solutions to think outside the box.

Fortunately, businesses looking for a solution can trial new IEEE 802.11ax devices. Casually known as Wi-Fi 6, the technology is able to provide better connectivity to a greater number of devices simultaneously.

The maximum speed offered by Wi-Fi 6 is 9.6 Gbps, while the maximum offered by the previous generation is 3.5 Gbps.

Although individual devices such as computers, tablets, and mobile phones only get a certain percentage of that theoretical speed on their device, Wi-Fi 6 can connect to twice as many devices and better optimize the network to create more efficiencies.

Thanks to two (new) technologies — MU-MIMO and OFDMA — included in the Wi-Fi 6 standard, businesses running data-intensive applications that use APIs to pull data from various sources in real-time and run analyses on the cloud will see marked improvements.

MU-MIMO isn’t new technology. It stands for Muli-User Multiple Input Multiple Output and is part of the IEEE 802.11ac (Wi-Fi 5) standard in an effort to provide better connectivity in dense device environments.

Essentially, MU-MIMO is an early effort made by network professionals to ensure that the homes, offices, and other establishments are prepared for the wireless, sensor-driven, device-heavy future we’re headed to — with IDC forecasting that we’re on track to bring 41.6 billion connected devices into our lives by 2025.

While MU-MIMO is part of Wi-Fi 5, the evolution to Wi-Fi 6 or IEEE 802.11ax is important because it allows MU-MIMO to leverage a new technology known as Orthogonal Frequency Division Multiple Access (OFDMA) to become even more efficient.

OFDMA essentially divides each Wi-Fi channel into sub-channels and carries data packets for multiple users at the same time, resulting in more optimum use of the overall signal.

To make things more simple, it could be easy to think of Wi-Fi 5 as a ride-hailing app that only books cabs between designated hubs (routers) and set destinations (connected) devices.

When more users join the app, the number of cars at a hub remains constant and hence, service is slow and on a first come first serve basis. Further, since cars need to report back to the hub before being booked again, they can’t be optimized.

In contrast, Wi-Fi 6 is like a modern ride-hailing app that lets users book cabs and serves users simultaneously (thanks to MU-MIMO). Cars don’t need to report back, can be shared by strangers on the same journey, and makes it possible for bookings to be made before a passenger is dropped off (thanks to OFDMA).

Together, MU-MIMO and OFDMA allow Wi-Fi 6 to provide businesses with faster internet, to a much greater number of devices — and also supports sensors (such as smart light and motion sensors used in offices looking to conserve energy and increase security, among other things) that transmit limited data.

Routers and devices need an upgrade

To be completely honest, when carriers and telcos provide the service, companies need to invest in the right routers to make Wi-Fi 6 work for them.

Further, they need to invest in new devices — phones and laptops — to really benefit from everything that Wi-Fi 6 offers.

While the upgrade might not improve individual connections by much, the collective “device environment” in the office can gain a fair bit as a result as more devices will be served better and faster. 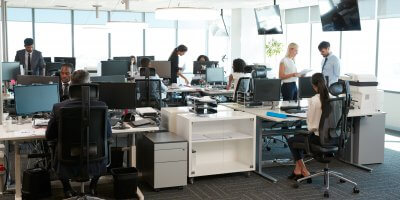 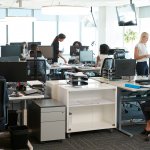 Further, businesses must keep in mind that Wi-Fi 6 makes the WPA3 standard compulsory. Meaning, the network is bound to be more secure by default, preventing hackers with sophisticated tools from “guessing passwords” via algorithms and accelerated trial and error kits.

Overall, the move to Wi-Fi 6 is good for businesses — and definitely helps make the internet faster for everyone.