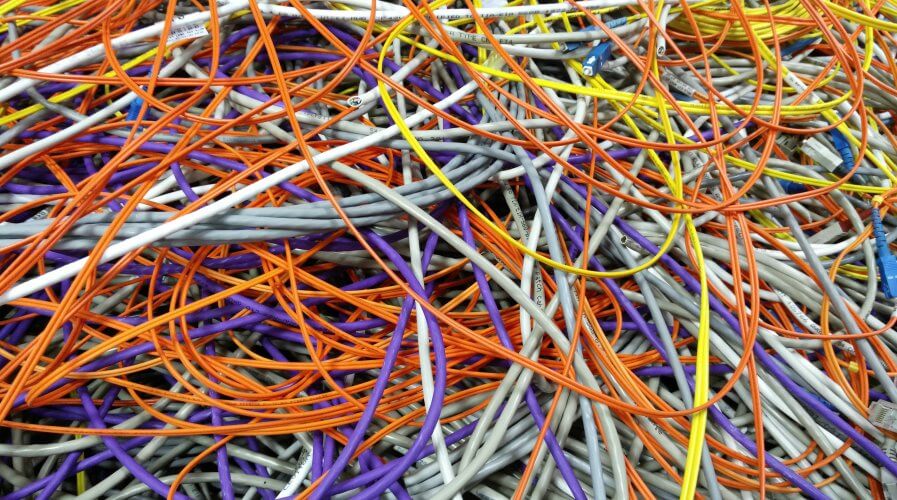 Could SD-WAN be asking questions your network can’t answer?

The modern enterprise lives and breathes by its information and the flow of data. Organizations of all sizes go to tremendous lengths to protect data at rest, whether that’s via traditional perimeter-based measures, or by using variations on machine learning to detect anomalies from “normal network behaviours”.

But when data moves from A to B, especially from site to site across larger enterprises (or even across small businesses with a branch office or two), the quality of data flows suddenly becomes apparent.

The interchange of information is always subject to bottlenecks, hiccups, dropped packets and security risks, whether that’s a wi-fi access point misfiring, or a regional ISP unable to cope with enterprise-grade bandwidths, networks at any level are only ever really apparent when they go wrong.

In some areas of the modern enterprise, there’s been plenty of resources spent on ensuring the scalability and malleability of apps and services, like the use of convergent and hyperconvergent solutions in the data centre.

But increasingly, companies are finding that their wider data infrastructure is unfit for purpose. Solutions that were previously more than adequate, like high-end ADSL, MPLS and 4G failover systems, are proving a great deal of trouble for systems engineers. Requests to bond connections, or the need to consolidate connectivity charges are often troublesome, so many are turning to SD-WAN (software-defined wide-area networks) for potential answers.

The problems aren’t coming about necessarily because the technology is failing, but rather that the new business models demand an agility and elasticity that makes manual configuration of the broader WAN less practical. Adding a new MPLS line to a remote office might be simple enough (a phone call and the work order is placed), but that’s rarely fast enough, or controllable enough to be a practical, long-term component in a shifting hybrid network.

Between the in-house data centres, the public cloud, remote offices and edge deployments, the way data travels and is managed is suddenly of deep concern from the business’s strategic point of view. SD-WAN brings the same type of capability to the broader network that convergent networking technology brings to the data centre.

Today’s SD-WAN solutions can contribute significantly to the business, and are a crucial factor in ensuring that the IT department and the network it manages are a strategic asset, not a pure cost centre. With next-gen SD-WAN running the larger network, organizations can:

Here at Tech Wire Asia, we’re looking at three suppliers of the very latest in SD-WAN technologies that can help revitalize the often-forgotten element in any digital transformation strategy: the wider network.

As one of the companies that built the data networks that surround us all, Nokia’s Nuage Networks is a de facto standard when considering enterprise-grade SD-WAN at any scale. The platform comes in a comprehensive family of x86-based form factors or can be installed in any x86-based virtualized environment making it hardware agnostic.

The solution is flexible, extensible and can be programmed to operate with many different third-party functions or appliances. The solution is also WAN agnostic with massive scale across any network.

Furthermore, the solution offers network governance across the entire network from data center, to WAN, to public cloud.

This gives businesses a further number of advantages. The foremost is that a single management platform provides network visibility and control for massively complex, multi-site SD-WANs, as well as network interconnections across multiple data centers and public cloud services

The other main plus is that the Nuage Networks SD-WAN is incredibly safe and secure as of itself, but if your deployment is for a particularly sensitive setting, you can install your own additional layers of protection. The solution can be found in national and global banks, retailers and governments as well as literally life-dependent settings such as hospitals.

Capable of spanning very complex topologies (such as those landing on IT’s desks after a merger, for example), the Nuage Networks platform is a natural choice for business-oriented, securely-connected IT. Read more on the pages of Tech Wire Asia about Nuage, here.

VeloCloud from VMware is the abstraction specialist’s SD-WAN offering, which creates a series of significant business advantages for enterprises, small and large alike.

Using facilities like an agglomeration of all available circuits, VeloCloud lets organizations get the type of prioritized connectivity that allocates required bandwidth and capability where it’s needed, rather than where physical connectivity dictates those parameters.

For instance, multiple MPLS connections can be virtually bonded for important traffic – to a crucial SaaS, for example – and little-used connections can be re-allocated according to needs. That type of reassignment can be rules-based, or manually controlled, and right across even the most complex wide area network, there’s a single point of control, irrespective of connection technology.

VeloCloud helps companies transition from on-premise apps and services to multi-cloud or hybrid cloud networks, and keep the overall picture malleable with regards to traffic flows. Therefore, as business priorities change, the VMware solution can respond, rather than the detail of the technical foundations dictating to strategists what is or isn’t possible. In this way, digital transformation is proactively aided, rather than the IT department holding the business back.

You can learn more about VeloCloud from VMware here.

The San Francisco IT giant acquired Viptela a couple of years ago and has integrated the SD-WAN capabilities of the latter into what Cisco calls its intent-based networking. That refers to business intent, as opposed to solutions that can predict the future, and the combination of existing Cisco infrastructure such as edge-based routers, for example, and Viptela’s platform creates a software-defined network that’s enterprise-grade.

One way that Viptela can make a difference is in its establishment of application availability metrics, which are set according to business demands and predictions of service requirements. Once set, the software establishes the necessary connectivity, making the overall process simple, even in highly involved networks over multiple continents.

As you might expect, security is baked in, and Cisco is very keen that its reputation as the standard to be attained in the networking sphere also applies to its (relatively recently) adopted SD-WAN solution.

You can read more about Viptela from Cisco here.