Walmart is leveraging technology in its fight against Amazon. Source: Shutterstock.

Walmart takes on Amazon with edge computing and 5G

AMERICAN retail giant Walmart has big plans to integrate technology into its existing chain of ‘supercentres’ in a bid to take on long-time rival Amazon.

According to a report in the Wall Street Journal, Walmart is banking in on its supercenters to thrive in the e-commerce era.

Walmart is part and parcel of American life with 90 percent of Americans living within a 10-mile radius of the store.

Counting on this, Walmart plans to venture out of retail, and use its stores as a base for profit-making technology infrastructure.

This will be done in two ways: superstores will be transformed into ‘edge computing centers’, and roof space will be rented out to telcos for installation of 5G antennas.

Edge computing is a revolutionary way of processing data.

Unlike cloud computing, where data is aggregated and sent to a central data processing center (cloud), edge computing consists of small, local clusters of computing devices processing data at close proximity to the source.

Processing data at the edge has many benefits, the most significant one being the elimination of latency issues.

Given the strong demand for the cloud, Walmart’s move to transform its supercentres into edge processing centers is a wise one.

With this, technologies such as autonomous vehicles and drones will have wider coverage, as they will no longer be limited by distance.

Also, the perfect partner for edge computing is 5G technology.

This is because 5G promises lower latency, greater stability, and also incredible speeds. At its peak, it can be 100 times faster than its predecessor, 4G.

The benefits of 5G deployment transcend all industries.

Not only can more edge devices in a given area connect seamlessly with one another, 5G also breathes new life into technologies such as VR, delivering solutions that can bring increased productivity and accelerate innovation.

With Walmart’s locality, renting out roof space to install 5G antennas is a strategic move. The close proximity of edge computing centers to 5G networks will allow businesses to maximize benefits, giving them an edge over other industrial players. 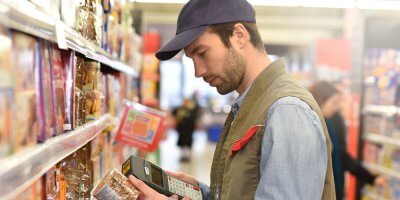 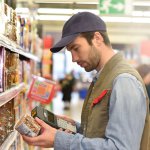 Ultimately, Walmart is all about leveraging what it already has — space, locality, and a strong customer base — and integrating it with technology to compete against Amazon.

Regardless of industry, businesses have much to learn from Walmart. It is a stellar proof that innovation, and the willingness to adapt to new technologies, is key to surviving in today’s digital world.