Why the Singapore tech scene has entrepreneur appeal

‘Digital transformation’, ‘innovation’, ‘tech adoption’ — these are all common buzzwords that are frequently thrown around in today’s business community.

Digitization is undoubtedly on most, if not all, business leader’s mind. But it’s unfortunate that these ideas and initiatives often fail to translate into action.

When strategies do not live beyond the drawing board, the best move can be to look towards those who have successfully leveraged tech, to reorient business goals and come up with more realistic strategies.

When it comes to embracing tech and realizing its full potential in South East Asia, Singapore is undeniably a leader.

Concerning the current tech landscape, Cho noted that Southeast Asia is doing well in becoming more innovation-driven. In 2019 alone, for example, the region’s internet economy is estimated to be worth US$100 billion and is predicted to triple to US$300 billion by 2025.

Singapore’s prowess in adopting tech can be seen from its contribution of up to 10 percent to the region’s digital economy.

When asked about challenges the city-state’s tech entrepreneurs face, however, the answer was inconsistency. But Cho was quick to emphasize that this is a universal problem, not one just specific to Singapore.

“There is no shared understanding of what tech adoption means, nor is there a common bar for innovation.”

“Businesses may not capture the nuances of how tech adoption, beyond just playing a support role, can contribute to business transformation from the inside-out […] two things are often lacking: concerted efforts of businesses to partner with technologists, and the drive to upskill their individual technical fluency.”

If one were to pinpoint a sole driver of Singapore’s vibrant tech space, it could arguably be the Singaporean government’s deftness in encouraging entrepreneurs to venture in.

“The government has rolled out numerous initiatives to empower people with the resources they need to leverage and deploy tech,” Cho explained.

“Government-linked entities such as SGInnovate and SEEDS capital — both of which are administrators of Startup SG Equity — play a crucial role in accelerating the growth of the deep tech ecosystem. They invested in 56 deals within the first three quarters of 2019, which ultimately led to private co-investors deploying a collective of US$115 million in capital.”

As a result of these initiatives, there is a thriving community of tech entrepreneurs in Singapore, who are already making significant waves in various industries.

Complacency is never on the agenda. Because Singapore is a small city-state and comes with a unique set of challenges, the government is quick to embrace nascent technologies to combat these issues.

“Government plans like the Research Innovation Enterprise (RIE) 2020 has a focus on accelerating technological innovation across all sectors […] for example, to contend with labor crunch and skills shortage, we have ramped up investments in automation and robotics to maintain economic competitiveness”.

If scaled down to the level of an individual enterprise, Singapore’s approach to tech is just about the best transformation/tech innovation framework out there. 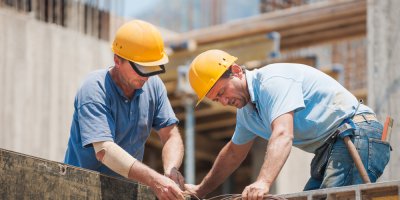 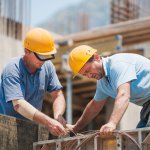 Ultimately, the city-state has shown that tech innovation is not only about talent, but also about empowerment by governments, and a remarkable acumen for spotting, and acting on current trends and challenges.