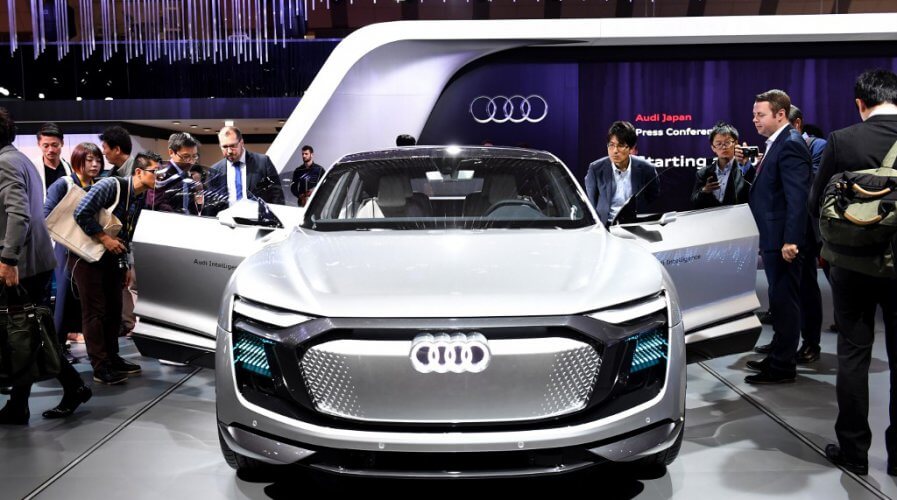 The unveiling of an Audi EV concept vehicle, which might soon feature 5G-ready HiCar onboard system from Audi partners Huawei. Source: AFP

Huawei seeks a stake in the future automobile industry with 5G

Xu Zhijun, rotating chairman of Huawei, has openly stated that one of the world’s largest telecommunications companies has no intention to “make cars”.

While that statement holds true at this point, Huawei is by no means uninvolved in the development of systems that are revolutionizing smart, interconnected vehicles that are powered by greener technology.

The Chinese telco giant is involved in several stages of automotive product lifecycle development, from the factory floor providing efficiency solutions to the realm of automotive cyberspace, where Huawei is harnessing 5G technology to deliver an ultrafast communications framework for vehicles starting in 2020.

Huawei’s HiCar system uses 5G connectivity to interface with the car’s operating system, and enables communication between the vehicle and other smart connected devices. HiCar will also control some of the more pedestrian functions such as the onboard infotainment system, the door locks, air conditioning, and windows.

C-V2X will communicate with these other systems on a 5G network. China has deployed almost 200,000 5G base stations throughout the country, with another 500,000 base stations along with an additional 100,000 EV charging ports expected to be installed by end 2020.

C-V2X – and vehicles’ communication with surroundings – is thought to become a crucial component in the development of smart transportation and city infrastructure.

Huawei has reportedly signed agreements with a whopping 30 automakers to install the next-generation HiCar system in nearly 120 different upcoming car models between them.

Huawei has worked closely with Chinese electric vehicle (EV) manufacturer BYD and multiyear partner Audi to get HiCar ready to market as early as next month.

BYD’s Han EV is scheduled to launch in June 2020, and is the first automobile to sport HiCar onboard. In terms of pricing and aesthetics, it is clear that the Han EV is intended to rival the Tesla Model 3 in China– the Han’s suggested price tag of around US$40,000 is slightly less that the Model 3’s approximate price of US$45,800.

BYD has leveraged Huawei’s technical proficiency in the past, leading the digital transformation of its smart factories and warehouses with the Chinese tech firm’s SAP appliance solution software, which significantly reduced response times of BYD’s critical services and gave the company a performance edge in the competitive Chinese automotive market.

Audi, meanwhile, has been collaborating with Huawei since 2017 to advance Intelligent Connected Vehicle (ICV) design which included integrating Huawei’s Mobile Data Center (MDC) into Audi cars, to enable self-driving and other automated functionalities.

The collaboration must have borne fruit, as Audi is listed as one of the 18 car manufacturers alongside BYD who will unveil HiCar as part of 2020/2021 vehicle rollouts.

Huawei’s foray into the automotive industry – one valued at US$2.3 trillion on its home turf – not as a car maker, but as a “a digital car-oriented and new-added components provider”, marks the latest departure from the company’s core carrier and smart devices businesses since it was blacklisted from trading with US companies– preventing Huawei from tapping Google’s Android operating system across its smartphones and other devices.

The ban has even extended to smart vehicles, when Huawei had to distance itself from Google Maps and partner with Dutch navigation services provider TomTom for its on-car navigation needs instead. 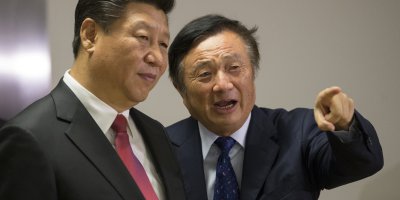 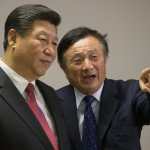 THERE SHOULD ONLY BE ONE 5G STANDARD – HUAWEI FOUNDER

While smartphone sales continue to falter following the coronavirus pandemic, Huawei’s divergence into this HiCar smart vehicle partnership with automakers looks promising as an alternate stream of revenue.

But it’s also another reminder of how 5G will begin to permeate into applications in a broad expanse of industries, and how, as transportation evolves, we will see a stark change in the types of companies who are central to the sector’s development.