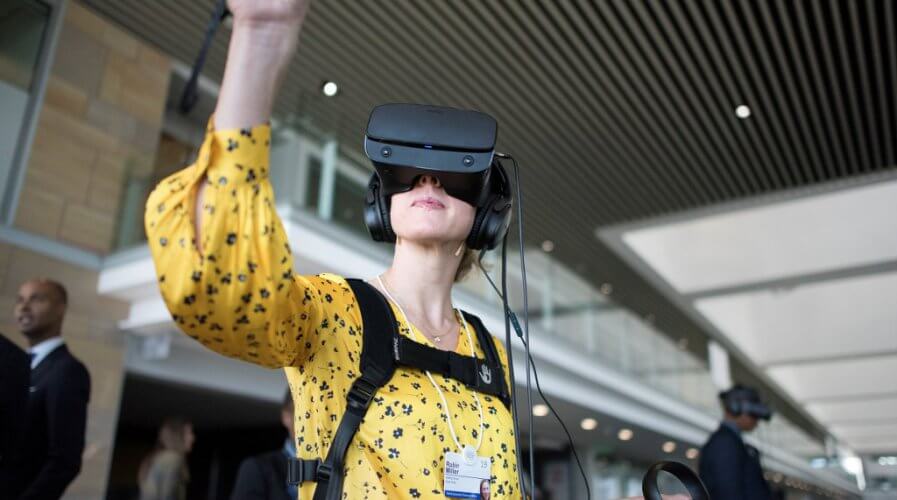 Is VR the logical replacement for videoconferencing meetings? Source: AFP

Lost in translation? How VR could improve our videoconferences

It seems like most everyone and their mother (literally) has at least attempted a videoconferencing chat with two or more others over the past two months.

But video chats have proven invaluable for businesses in the same period, allowing some semblance of business continuity and interoffice communication at a time when everyone is physically separated.

It has been noted by many observers, however, that there is an unnatural awkwardness when it comes to videoconference solutions. Whether the issue is caused by internet speed delays, or microphone or camera technical issues, or people talking over one another, the medium is rife with probable glitches that undermine the nuances of face-to-face communication we’re used to.

While many videoconferencing solutions now exist, if remote working were to persist beyond the next few months there is a clear opportunity gap for viable, ‘lifelike’ alternatives to current videoconferencing tech, and some think immersive XR reality solutions could be the answer.

Take the creators of the immersive VR training platform Engage, which was recently used to host HTC’s V2EC developer’s conference that featured the company’s Vive VR headsets, and it seemed like a good fit in current conditions to host the event as a purely virtual event. The conference was attended by 1,000 individuals.

While the future for virtual events seems bright, CEO of Immersive Virtual Education, David Whelan said most demand in recent times is being generated from companies who are looking for a more immersive method to conduct meetings with remote working employees.

“Interest really has skyrocketed over the past eight weeks,” said Whelan. The interest comes as organizations begin to realize that videoconferencing meetings with bigger groups of participants begin to lose the feeling of speaking to a room full of people.

For instance, a screen can only fit so many participants’ video boxes clearly, before the boxes become too small or are pushed into another window. Meeting attendees who are viewing via mobile devices will almost certainly be limited by the number of participants they can see at any one time, missing out on gestures and valuable non-verbal information such as nodding and listening cues.

Virtual reality researcher Blair MacIntyre agrees, and believes that VR will be even more effective for smaller meetings.

“The video calling stuff breaks down beyond a few people, because you have this big grid of tiny faces,” said the Mozilla and Georgia Institute of Technology researcher. “The full range of social cues, from posture to eye gaze to facial expressions, things like head nodding and hand gesturing—they all convey crucial information.”

Macintyre said VR is much more adept at capturing these minute movements, especially those conveyed by the head or by hands. Meanwhile, advances in capturing gesture and facial expression information, as well as in tracking eye movements, are being incorporated into commercial VR systems.

Whelan thinks that such facial, eye, and motion detection sensors will become commonplace features in upcoming VR systems. But he also concedes that the general bulkiness of VR systems, along with the still-prohibitive cost of commercially available VR headsets and gear, are the biggest hindrances to companies adopting virtual reality for meetings any time soon.

One thing that VR does that videoconferencing and other remote communications channels are unable to replicate, is the sense of shared space between all participants. Watching virtual avatars of oneself interact with others in a shared environment might elicit psychological cues of teamwork and cooperation, especially if advanced sensor technology succeeds in capturing participant reactions and movements in a lifelike manner. 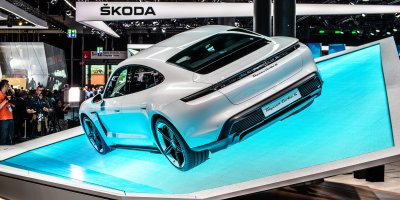 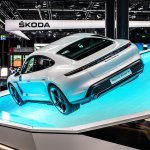 HOW PORSCHE IS REVOLUTIONIZING CAR DEALERSHIP CX WITH VR

Researchers at Facebook’s Reality Labs are already starting to capture incredibly realistic avatar data from individual facial expressions, as seen in this demo. Translating such trials into commercially-viable solutions will be the longer-term solution for the virtual meetings of the future.