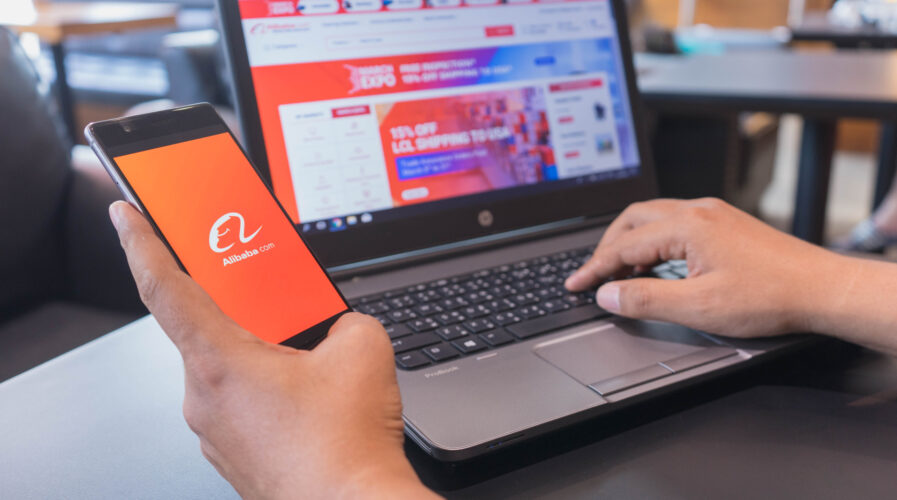 Next on the hit-list? Alibaba says it ‘supports US brands’

The US looks set to continue its fight against Chinese business, having already taken aim at its biggest tech champions, from Huawei and ByteDance’s TikTok to Tencent’s WeChat (Trump has, indeed, signed Executive Orders to stem the spread and use of Chinese apps in the US, a matter he sees as a ‘national emergency’). Chinese owned multinational Alibaba – one of the world’s largest e-commerce, retail, internet, and technology retail and internet conglomerates – could well be next.

Actions against Chinese companies are emblematic of a steady and troubling escalation in Trump’s animosity towards Beijing, and especially its ever-growing tech prowess. Alibaba has hence come into the targeting scope of Mike Pompeo’s “Clean Network” program, an initiative that threatens the future of business and the internet as we know it.

Pompeo recently name-checked Alibaba when he urged American companies to remove “untrusted” Chinese-owned technology from their digital networks in order to “protect our businesses’ most valuable intellectual property — including COVID vaccine research.”

A continuation of hostility

Generally speaking, Alibaba’s operations and revenue are still very China-centric, but their ties to the United States run deep; the company floated on the New York Stock Exchange in 2014. The IPO set a global record (of $25bn) at the time.

As such, then, sanctions on Alibaba’s international e-commerce and retail, as well as its US cloud business, would not necessarily put a seismic dent in Alibaba’s revenue, with their commerce business sales rising 34% in the three months ending in June (compared with 2019).

Alibaba’s shares have also soared by more than 20% this year as investors around the world poured money into technology companies – no doubt aided by the pandemic and the perpetual turn online.

The continuation of hostility towards Chinese business, though, is possibly an indicator that China’s economic rebound post-pandemic (if that’s even close to what we call the current state of play) is troubling Trump.

The POTUS protectionist attitude is reflected in the fact that, if re-elected, he’ll allegedly impose tariffs on American companies that refuse to move jobs back to the US. “We will give tax credits to companies to bring jobs back to America, and if they don’t do it, we will put tariffs on those companies, and they will have to pay us a lot of money,” he said.

Trump’s recent executive order against WeChat was a broadly worded one, making no secret of his administration’s intent to keep ostracizing and threatening Chinese businesses operating in the US. If the US follow their decision to cut WeChat off from US technologies by doing the same with Alibaba, “that would be a pretty big blow”, says Alex Capri, a research fellow at the Hinrich Foundation and senior academic at the National University of Singapore.

Capri echoes a number of commentators who lament the lack of international competition Trump’s permitting, with his administration “really looking to decouple the tech industry”.

Companies like Alibaba were “nurtured in a fully protected environment in China”, and their venturing out to becoming truly multinational in open markets is being met with “a backlash”. So, could Trump’s orders be mere ‘fighting fire with fire’, a negation of competition and a broader restriction of Chinese access to US markets, rather than a security-based move?

Either way, the widening net of Trump and Pompeo’s China-chastising actions are accelerating the stark separatism between the two countries and casting further shadows over global geopolitical tensions.

A double-edged sword for the stars and stripes

Alibaba Chief executive Daniel Zhang has said that the online retailer’s policies “support American brands, retailers, small businesses and farmers“, and, by extension, Trump’s actions are threatening the prosperity of US businesses. Unsheathed once more is the double-edged sword of managing security risks whilst potentially detrimenting the national economy. For the time being at least, it would seem Trump’s focus is principally on the former. Zhang says Alibaba are “closely monitoring the latest shift in US government policies towards Chinese companies”, and “assessing the potential impact thoroughly”.

Further impacts of this evolving foreign policy is on tech companies such as Apple, which sold US$44 billion worth of goods and services in greater China last year. Should WeChat and other “untrusted apps” (from ByteDance, Alibaba, Tencent, etc.) be removed from the App Store at the behest of the White House, then “the damage on Apple is going to be much stronger than the damage on, say, Tencent,” said Chingxiao Shao, founder of Red Gate Asset Management, an independent investment manager focused on China’s equity markets.

If American tech hence becomes less attractive to Chinese users, the splinternet era is taking on grave physical implications too.