The history of technology in the workplace is full of interesting repetitions – concepts that we thought long since dead and buried rise again, albeit in different garb. Take, for instance, the mainframe-plus-thin-client model. In the 1950s and 60s, a central behemothic compute and storage system undertook tasks, and users input data and triggered jobs from very simple devices positioned remotely from the central mainframe.

Sixty years later, we all use relatively cheap “thin terminals” in the form of web interfaces or simple mobile apps, interacting with cloud-based powerhouses that eat through computational data and spit out results.

The course of business application theory and method is similarly circular. If we take the UNIX philosophy as a starting point, an application does one thing yet does it very well. From there, a few years later businesses adopted large-scale ERP suites that did just about everything in the business: from operations, through logistics, finance, stock taking, down to reminding the VP of Marketing it was his wife’s birthday at the weekend. In the last ten years or so, however, large ERPs that are all things to all users have waned in popularity, replaced at least in part with so-called point products: smaller software instances of software that – you guessed it – do one thing, yet do it very well.

The big difference between point products today and the first UNIX applications (apart from the scope and general power) is that we have much greater expectations of how technology should be making our lives easier these days. In many ways, we were spoilt by the “typical” ERPs’ broad reach. An application that (almost) did everything (albeit only some of it well) still seems to be the ideal. And the best way to achieve this idea now seems to be automating and interfacing between specialist software applications and services.

When RPA (robotic process automation) first began to join together discrete applications, its initial uses were in removing the highly repetitious copy & paste-type daily workload of many human “computer operators” – back when such a job title existed.

As time went on, the robots became more sophisticated and could make some simple decisions autonomously; usually based on basic boolean logic (IF this AND this (OR this) THEN DO that). In business terms, workflows might be reduced to such decision-points and left to the automated systems: IF there is an invoice AND it is due to be paid, AND we recognise the sender THEN let finance department John know about it. 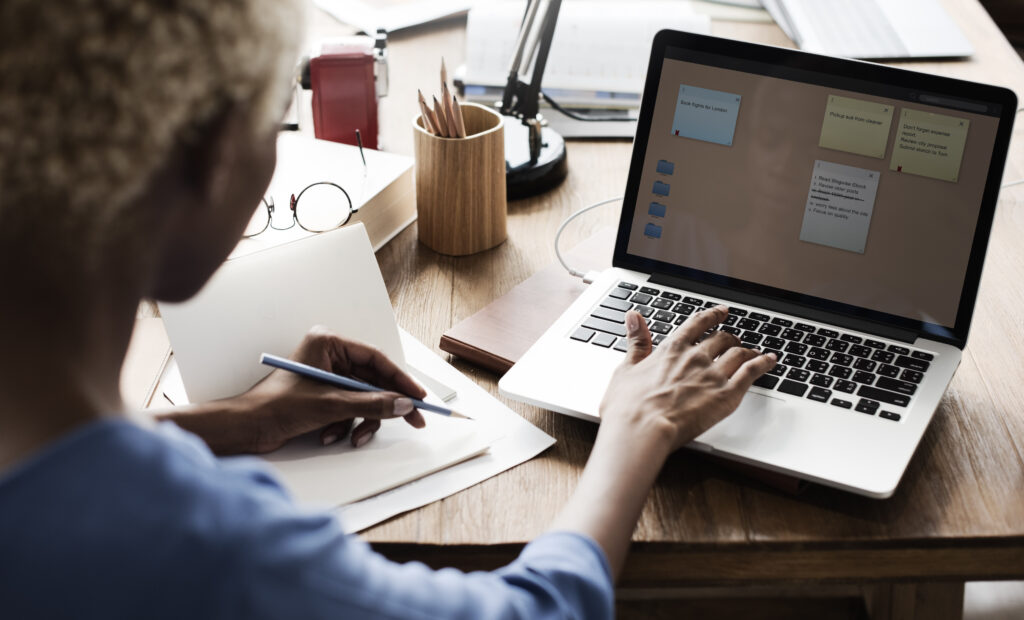 There have been three significant areas of development in RPA in recent years, each increasing the power of automation in business settings. At Tech Wire Asia we are looking at four vendors of next-generation automation platforms that have taken steps in one or all of the following areas – see below for a short piece of each field of advancement, and the vendors we recognise as market-leaders in this competitive space.

The first area is DATA PROCESSING. This broad area where software and hardware systems have advanced may include handwriting recognition, OCR and intelligent parsing, and data cleaning from disparate sources. To come back to the earlier example, systems can now interpret handwritten invoices and pull relevant information from documents intelligently: amounts, address, payee, bank details and so on.

In recent years, most software has moved to be more OPEN AND INTEGRATED (or rather, integrate-able). Applications or services that are genuinely stand-alone, closed, or interact with other systems in difficult or proprietary ways are mostly ignored. APIs, published standards, system or platform agnosticism, and even open-source codebases are now pretty much table stakes for software developers.

The final – and possibly the most contentious area – is in COGNITIVE DECISION-MAKING. However, debates in this area are not so much on the dangers of AI-powered robots taking over the world, but rather whether vendors’ claims of machine learning are founded in reality.

Claims of AI abound in marketing hyperbole today, so potential buyers of next-generation RPA might be wary of specious claims. However, please note that the vendors we feature below have a provable set of business benefits that derive from their products. Hence, claims of artificial intelligence at work under the hood are all justifiable!

What sets Workato apart is the way it combines different technologies—a next gen iPaaS, API-led RPA, low code API management, and chatbots— on a single platform. A true low-code/no-code platform, Workato empowers both seasoned developers in technology teams and non-developers in other business functions to lead and own the automation of their workflows for faster business transformation.

Workato’s founders, with backgrounds in companies like Oracle, Skype, and Splunk, understand that technology must become simpler so more people can use it. This is why Workato operates on plain English and drag-and-drop. The result? Workato users (nearly half of which are in non-IT functions) love the platform.

The company has recently announced it raised a further US$110m at a post-money valuation of US$1.7bn, so Workato is clearly a name to watch.

To learn how to successfully transform your business with automation, click here.

Zapier presents initially as an IFTTT variant (if-this-then-that) taken up several levels: but despite its ease of use for even novices, its real power is waiting as users gain experience.

In the Zapier vernacular, data interchanges are known as “Zaps”, comprising a trigger, followed by action: if a new email arrives in an Outlook account, then send a message, for example. This is known by Zapier as a “Task.” So far, so much an IFTTT deployment, albeit one with 1000+ app instances drawn from a range of common and easy models.

Paid plans (starting at $20 per user, per month) allow integration to “premium” apps, which include just about enterprise or business application and service under the sun: Salesforce, NetSuite, and most SQL variations, plus To-Do apps, databases, online services, HRM, ERP and every other flavour of acronym soup. Paid plans also enable multi-step Zaps, thus, to continue the metaphor, IFTTT and T and T and T, too.

Users can also get a replay function, so if a zap fails (caused when an API is momentarily down, for instance), it re-runs until it succeeds. Part of Zapier’s power is being able to recover when interconnections suffer from a brittle nature: after all, if an automation comprises of half a dozen applications dependent on one another, it only takes one stumbling internet connection or small point upgrade to break a workflow.

Zapier’s approach is very much citizen-led, and here at Tech Wire Asia, we envisage users starting to automate everyday tasks, and then cross-selling plans to their colleagues, teams, and departments. That way, there’s pressure from the coal face up to decision-makers.

There’s Zapier for Teams for those larger deployments, which allows sharing and collaboration on Zaps, but without having to pool individuals’ logins to the various services. There’s a free trial available to test, too.

The Tableau offerings are designed with different user-types in mind. Whether your C-Suite want to approach a problem from a macro-perspective or have an individual business-minded manager or talented employee write bespoke automation routines on live data streaming from multiple sources, the platform has it covered.

This is achieved by defining various roles in a company: viewers, explorers, and creators. That series of roles may exist in a single team or spread across business functions.

For viewers, there’s the visualisation and oversight they need; explorers are more confident moving deeper into the layers of information to pull out underlying business logic; creators are the people with a flair for seeing the bigger picture and solving problems quickly.

Tableau can be deployed at a massive scale in cloud-based clusters or private data centres. The company has split its platform’s availability into four apps: Desktop, Prep, Online & Tableau Server. Learn more about the gold standard Tableau here.

There are several aspects to the Alteryx platform that make it pretty unique in this space. Data analysis professionals will be interested in the depth of the insights available from the collated information under the platform’s hood. There’s a massive amount of thought gone into integration with the tools and platforms already at hand and in daily use. For the more business-focused professionals, that integrative approach extends to the rest of the technology stack that’s usually in play at the enterprise level, including cloud providers’ many services via application programming interfaces (APIs) as well as standard tools found all over the various business functions, including large ERPs – still very much in daily use all over the business world in Australasia and the APAC.

The platform is big on collaboration, making searching for data analysis and automation based on empirical information quicker, and this open, community-focused basis means there’s little chance of different teams replicating one another’s work.

Routines can be constructed by hand in “traditional” code, or more business-focused (i.e. non-technical) staff can use the intuitive interfaces to build powerful integrations, automations and even data science routines. The collaborative approach to big data in Alteryx is very much suited to the enterprise setting: this is a data-based business for big organisations, not for isolated teams operating in ivory towers! You can read more here — click the link.