Blockchain tech could actually make AI systems not only safer, but also much, much better. Source: Shutterstock

Blockchain and AI can work together to enhance business DX

With the increased pressures placed on the business over the past year or so, perhaps it should come as little surprise that many enterprises chose to delay or are lagging behind in their digital transformation pushes. But simultaneously, organizations are acknowledging that a digital overhaul is now a prerequisite for continued growth, with artificial intelligence (AI) and blockchain technologies establishing themselves as two powerful DX trends in recent years.

Long the stuff of science fiction fodder, AI has often been depicted as running amok and attempting hostile takeovers of electronic systems in media. But recent Google research indicates AI can become overly aggressive in the right circumstances, or is that the wrong circumstances? Either way, the intrinsic structural elements of another major enterprise trend, blockchain tech, could be the solution to combating AI aggression.

According to Dell Technologies’ Digital Transformation Index II, a whopping 91% of businesses are still facing major digital transformation hurdles. Some of the top barriers include persistent data privacy and security concerns, a lack of the proper skills sets in-house, digital regulatory changes, as well as a poor digital culture within the company itself.

For instance, the Dell data shows that there is a significant trust issue when it comes to DX readiness, with business leaders dealing with a lack of confidence in their own organization’s digitalization efforts. One-third of decision-makers don’t trust that their firm complies adequately with regulatory requirements, sufficiently protects customer data, or looks after employee data.

In fact, 43% of business leaders believe their organizations will struggle to prove their trustworthiness within a 5-year period, Dell’s index says, indicating a really sorry state of confidence in which to pursue proper DX. But these same leaders are aware that transformative tech will play a vital role regardless, with 91% planning significant tech investment over the next one to three years, including 40% committing to AI and 21% to blockchain applications. And building trust via its immutable, transparent record is a key featurette of blockchain technology.

A key attribute of blockchain infrastructure is its decentralized network of nodes. These nodes work together to solve complex problems and ensure secure ‘transactions’, paralleling the way AI determines the best course of action. Combining the two will see each decision AI branch replaced with nodes across a decentralized network which must be confirmed by all parties, allowing for a logic-based, systematic decision-making system. 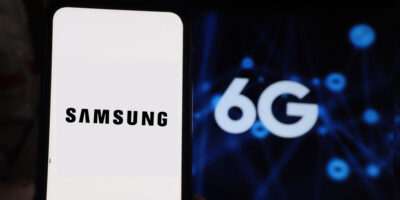 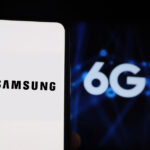 SAMSUNG LOOKS TO 6G AND BEYOND WITH BLOCKCHAIN AND AI

When applied to AI, users can safeguard over who makes changes to that record, effectively democratizing the decision process. Users also stand to have a clearer understanding of the AI systems’ decision matrixes through clear and transparent decision records.

AI systems improve as more quality data is fed into them. AI decisions, such as a bot determining fraudulent financial transactions, for example, are systematically recorded one data point at a time, and usually stored on a single, static location. However, blockchain is fundamentally a transparent ledger.

Blockchain enables records that are kept in it to be fully transparent and traceable, making auditing more dependable. This will ensure confidence in the record, clearly show any tampering from the time the information was recorded and when the audit process takes place, and ensure the right decisions are being made by the AI system.