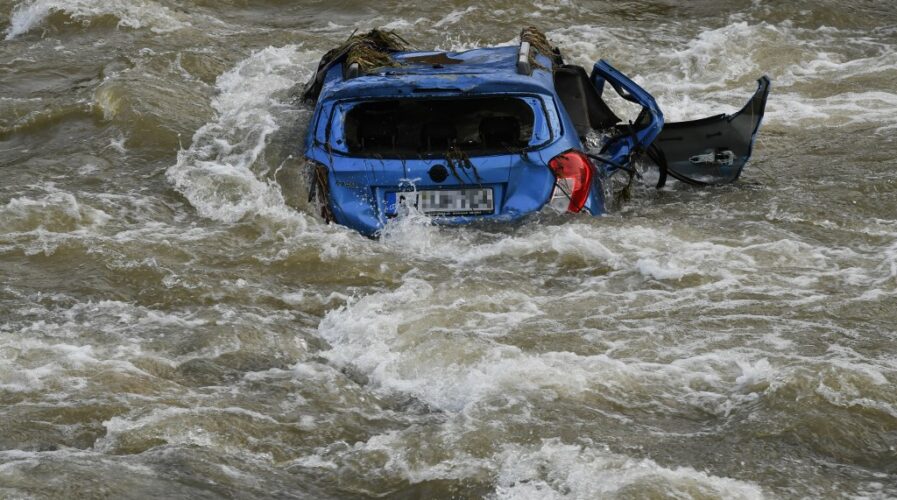 Calamities like floods won’t go away the longer we ignore climate change. Could cloud technology be the key to reducing our carbon emissions? (Photo by Christof STACHE / AFP)

Could cloud technology possibly turn the tide on climate change?

Have you noticed an increase in temperature recently?

Bad news — it’s only going to get worse.

Heatwaves around the world have jumped to record highs. A damning report in the science journal Nature Climate Change highlighted that these heatwaves are a sign of the escalating pace of global warming.

According to the study’s authors, humanity is likely to see a lot more deadly scorchers in the coming decades.

Yes, you read that right. Decades.

“Because we are in a period of very rapid warming, we need to prepare for more heat events that shatter previous records by large margins,” head author Erich Fischer, a senior scientist at ETH Zurich and a lead author of the UN climate science assessment currently under review, told AFP.

Current rates of warming — about 0.2 degrees Celsius per decade — are likely to continue for at least another 10 to 20 years no matter how quickly humanity reduces the carbon pollution that drives global heating, the study warns.

One of the biggest culprits of global warming is greenhouse gases, mostly in the form of carbon dioxide (CO2), and some of the most astute in science have been trying to communicate this — from as early as 1908.

Unchecked global warming has accelerated climate change, which has aggravated and increased incidences of natural catastrophes such as droughts, bushfires, tsunamis, floods, and of course — the scorching heatwave we’re experiencing now.

And what’s worse is that the most significantly impacted are vulnerable populations that depend on natural resources for their livelihoods.

The scientific community has, for decades, been pleading for businesses to lower their carbon emissions in order to alleviate the detrimental effects of climate change. For obvious reasons, reducing energy consumption ought to be a priority. As such, organizations should utilize energy-efficient solutions — ideally paired with the use of renewable energy sources.

The heavy utilization of technology requires energy to power processes — in great amounts.

Prior to the Covid-19 pandemic, many organizations remained resistant to digital transformation, believing it could wait, with many still using on-premise data centers. However, this delay has led to a flurry of unplanned and possibly, under-informed efforts to cater to the growing needs of a remote workforce affected by pandemic-fuelled movement restrictions. 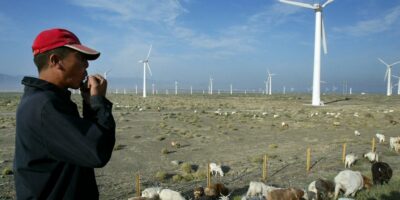 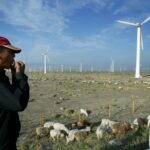 These, however, require great amounts of energy, and when amplified by the number of organizations doing this, carbon emissions will only get worse for the world.

Will cloud technology be superior?

According to a report by 451 Research (by S&P Global Market Intelligence; commissioned by AWS), it was found that enterprises and organizations that move their business applications from on-premises data centers to cloud infrastructure in APAC can expect to reduce their energy use and associated carbon footprint by up to 78%.

Currently, the average server utilization for APAC companies is just under 15%, but the research estimates that cloud operators could utilize servers well above 50% to find the right balance between efficiency and application performance.

This is primarily due to the higher utilization of cloud servers and infrastructure that are heavily weighted towards newer, optimized, energy-efficient server technologies with superior cooling systems and power distribution.

According to AWS, their server systems are designed for power optimization and use the latest component technology. For example, their custom-built Graviton2 processors provide better performance per watt than any other existing AWS processor. It also runs servers with high levels of utilization and power efficiency, sharing and dynamically allocating resources across customers’ workloads on the cloud.

However efficient and earth-friendly renewable energy is, it is still a challenge to obtain, especially within the APAC region.

One of the major tech companies, Amazon (through AWS), is taking steps to reduce their carbon footprint. Ken Haig, Head of Energy Policy for Asia Pacific & Japan at AWS commented that “apart from maximizing efficiency in our operations to reduce the amount of energy needed to power our data centers, we’re also working toward procuring 100% renewable energy for all of our energy needs by 2030 and are on a path to reach that milestone globally by 2025.”

If local energy markets enabled the sourcing of 100% renewable energy to power their operations in APAC, cloud providers would be able to reduce the emissions of workloads run in the cloud by another 15%.

Combined with the server and facility-level efficiency gains, cloud technology like this could reduce overall carbon emissions from running IT workloads in the cloud by up to a whopping 93% for average APAC organizations.

The data is clear — organizations should be aware of and prioritize their operations to be more carbon-neutral, or at least, reduce their carbon footprint.

Whilst bigger companies can afford to pay for carbon credits, smaller players can help to reduce their energy consumption, or switch to renewable energy sources. A good start would be to look towards using cloud technology.

After all, we live in a shared world — so shouldn’t everyone do their part?