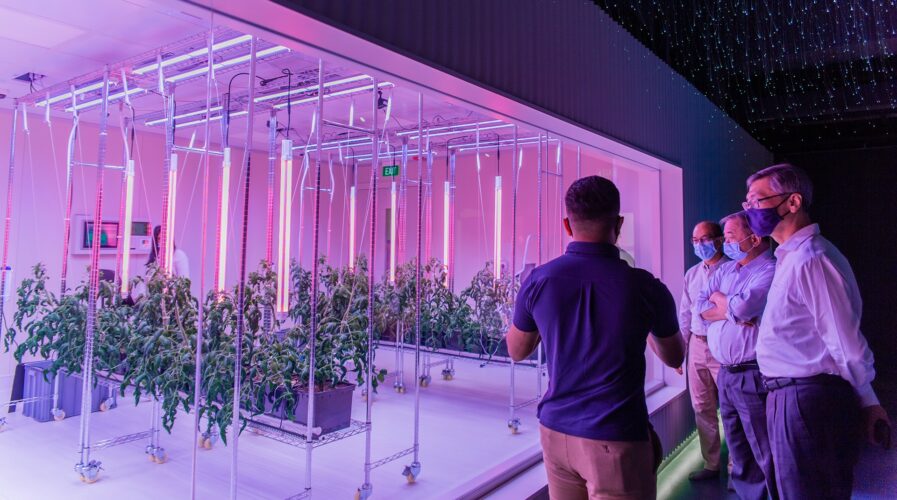 Singapore and agritech may sound like a strange combination of words to some, but there’s a good reason for this — the nation is (pre-emptively) addressing food security and a lack of self-sufficiency.

The densely-populated Southeast Asian nation only has 1% of land dedicated to agriculture. However, it does have a surprisingly thriving agricultural sector, despite the lack of land — much less arable land — for farming crops.

Tech advancements coupled with sensible strategies to develop the agricultural sector are poised to bear fruit over time.

Specifically, the government wants the republic to become Asia’s “urban agrifood tech hub”, and also aims to achieve its “30 by 30” goal — which is to produce 30% of the population’s nutritional needs locally, by 2030.

To achieve this, the government has been investing in intensive research and development (R&D) into agritech and high-productivity innovation. 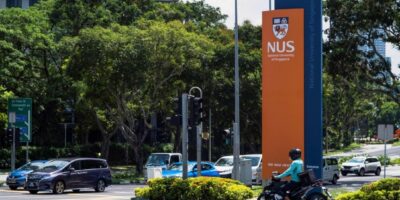 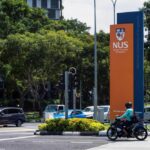 As expected of a cosmopolitan, technologically advanced nation, the growing agritech industry in Singapore is taking a cutting-edge twist to food production.

According to the UNDP, the application of modern technologies aims to increase production yield, improve food quality, and promote sustainability in the agri-food value chain in Singapore.

Efforts to boost agritech in Singapore

Last month, the NUS Agritech Centre was established by the Singapore Science Park. Powered by NUS Enterprise, it is the latest in its slew of innovation and incubation facilities

The NUS (National University of Singapore) Agritech Centre, housed in the Cavendish building, is a place where researchers and entrepreneurs, among others, can work on challenges, experiments, and market-based solutions to develop Singapore’s agricultural sector.

The NUS Agritech center is designed to support start-ups from growth to post-harvest, building capabilities in serving up urban farming food options from lab to table. 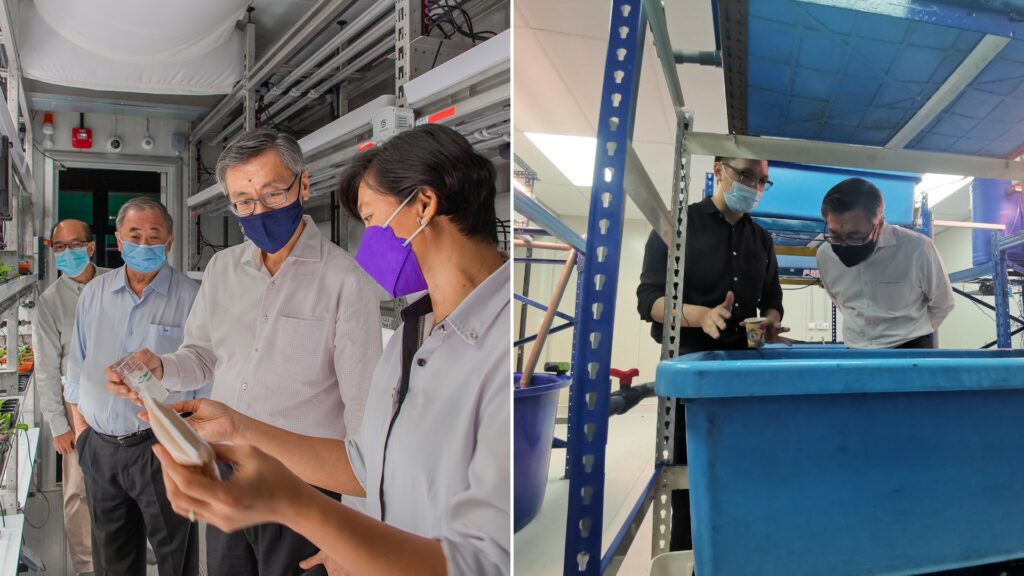 The center is one of the first in NUS to offer specialized support for agritech startups focused on using technology and tools to develop and create a conducive infrastructure and environment that promotes urban farming innovation and production.

These include food technology, connected devices, and environmental and health solutions, with a “demo deck” to accommodate prototyping.

The 800 square meter center comprises five “Grow Zones” in various sizes; two “Precision Climate Zones”, a “Multipurpose Zone” that can be converted in-situ to recycle wastewater or as a cultivation area; a “Technical Zone” with germination chambers and specialized lab equipment for high-accuracy analysis, as well as “Wet and Dry Washing Zones”.

Its features are aimed at accelerating competitive research and technology translation by startups, and include:

Parameters such as temperature, humidity, CO2, oxygen, pH, plant nutrients, and lighting can all be precisely controlled and monitored from anywhere with an internet connection. Real-time quantitative description of a plant’s physiological, anatomical, biochemical, and ontogenetic properties may also be accessed.

The center will also facilitate the collection and monitoring of power consumption data for individual subsystems. This is especially important for machine learning — for example, to detect opportunities for energy savings and training AI to detect early failure warnings in the subsystems.

Its enablement of wastewater recycling will also promote water conservation for the validation and translation of filtration technology.

Looking to ameliorate its lack of resources with strategies of self-sufficiency, the incumbent government has, since its independence from Malaya in 1965, adopted primarily collaborative and peaceful foreign relations to ensure the needs of its people are met.

This can be clearly seen from not just its longstanding stance on neutrality viz foreign relations and compulsory conscription of adult males, but also in how it has invested in technology to augment its flow of an essential resource — water. 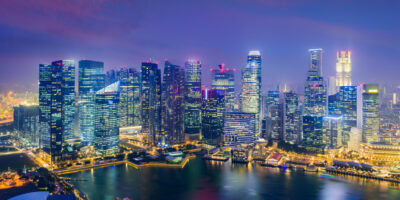 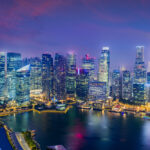 Nearly 20 years ago, the city-state developed and implemented ‘Newater’, which uses reverse osmosis, among other technologies, to reclaim wastewater in order to reduce its reliance on its neighbor, Malaysia.

For the land and resource-scarce island of nearly six million, this approach centered around self-sufficiency isn’t exactly revolutionary.

Prior to its separation from Malaya, Singapore depended primarily on its ASEAN neighbors, especially Malaysia up north, for natural resources — including food and water. Nevertheless, the forward-looking, strategic mindset of its leaders of yore has led to speedy, yet highly impactful transformations over the decades.

This dogged resilience supplemented by investment in technology and people has made the unlikely island become a highly-developed nation in as little as 50 years — making it stand apart from its ASEAN peers.

Within the Southeast Asian region, Singapore is the only one to boast a highly-developed economy, on par with its colonialist counterparts in the West.