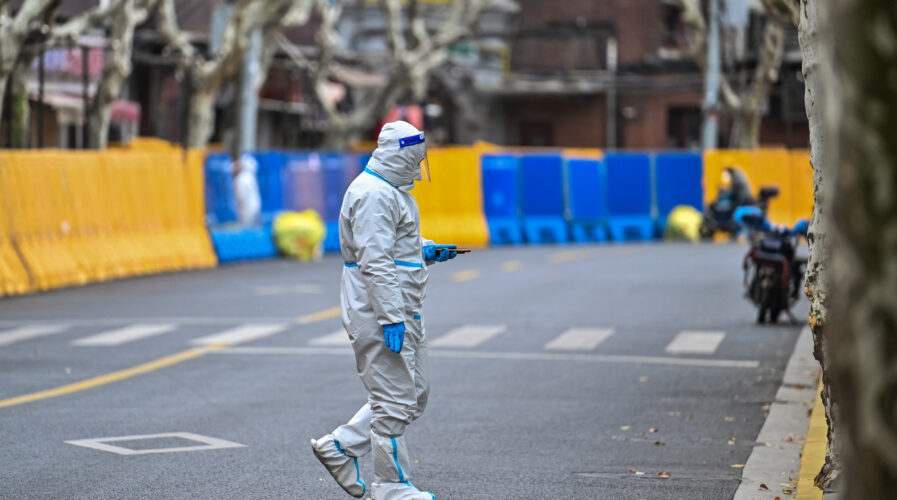 A worker, wearing a protective gear, walking next to barriers during lockdown as a measure against the Covid-19 coronavirus in Jing’an district, in Shanghai on March 31, 2022. (Photo by Hector RETAMAL / AFP)

Over the last two years, supply chain disruption caused by the COVID-19 pandemic disrupted almost every industry around the world. From chip supplies to battery production, many manufacturers suffered lengthy delays in their output.

In fact, a report showed that global supply chain disruptions from COVID-19 and geopolitical tensions cost businesses up to US$ 4 trillion in 2020 alone. Thankfully though, the worst disruptions are believed to have passed with some manufacturers moving relooking their supply chain, and implementing more technologies to deal with the problem. 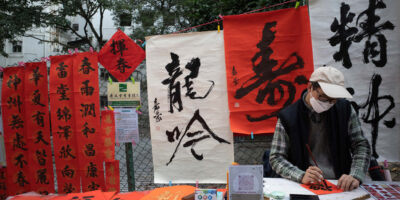 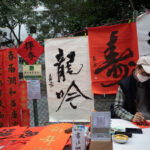 However, as the world looks to ease COVID-19 restrictions and head back to normality, the situation is not the same in China. In Shanghai, a city of about 25 million has is now in now in lockdown as China battles its worst outbreak since the pandemic started. A month earlier, the Lunar New Year celebrations had already caused some disruptions as most factories closed for the long break. 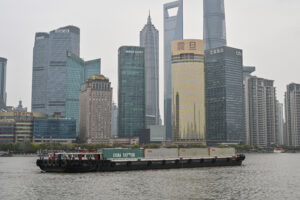 A ship sails along the Huangpu River as buildings (back) are seen in Pudong district that is in lockdown as a measure against the Covid-19 coronavirus, in Shanghai on March 31, 2022. (Photo by Hector RETAMAL / AFP)

While the current lockdown is focused on only one-half of the city, the impact its causing is enough to lead to another global supply chain disruption. According to the National Bureau of Statistics, China’s factory activity has shrunk in March with the Purchasing Managers’ Index, a key gauge of manufacturing activity, sliding below the 50 point mark.

In the semiconductor industry, TSMC Chairman Mark Liu told Bloomberg that global demand for chips used in vehicles, internet-of-things gadgets, and high-performance computing remains strong. However, economists predict that China’s lockdowns are likely costing the country at least US$ 46 billion a month in lost economic output.

South China Morning Post reported that two other semiconductor companies, SMIC and Hua Hong Semiconductors are cooperating with the local government on Covid-19 prevention measures and that their production and operations remain normal. While the factory’s production may not be disrupted, there are still concerns about the entire supply chain, especially at the ports.

In the automotive industry, Tesla’s plants have suspended production since the lockdown started. Reuters reported that the reopening of the manufacturing hub for its Model 3 and Model Y cars has also been delayed as Tesla had yet to secure permits from the Shanghai government for its trucks to deliver assembled electric cars outside of Pudong to western parts of the city.

Interestingly, despite supply chain disruptions predicted, other automotive manufacturers like GM and Volkswagen have continued with their operations in their Shanghai plants. iPhone supplier Pegatron has also been able to keep factories running.

At the same time, while most of the manufacturing plants are automated, there have been reports of employees, especially in the financial district, spending their nights in the office to avoid the lockdowns at home.

For now, the lockdown in China is seemingly sending ripples throughout the supply chain. Although most businesses have already made contingency plans since the pandemic began, there are still some concerns about how long the disruptions will continue.