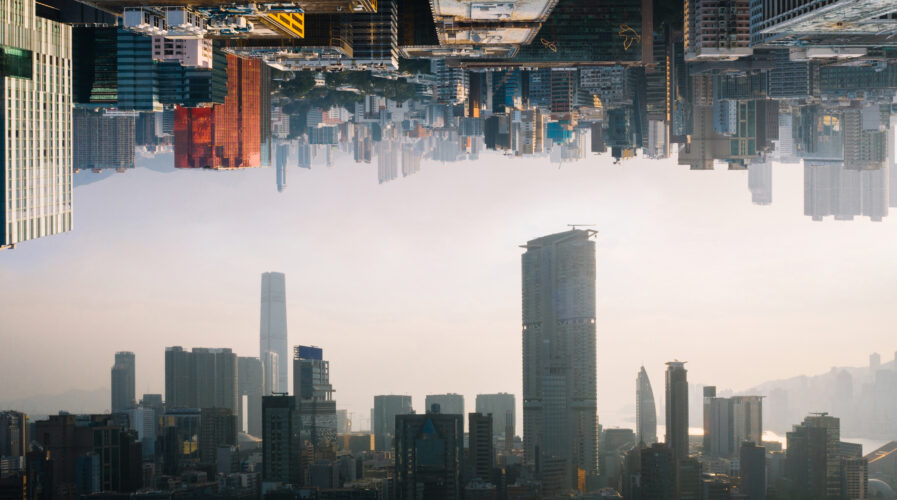 Are we heading towards a metaverse multiverse?

Everyone talks about the metaverse today. However, how much do society and businesses really understand about it? Is the metaverse just an escape from reality or will it be a platform that will transform how things are done in the future? Either way, both businesses, and consumers agree on one thing – the metaverse is going to play an important role in the future.

According to a study by DBS Bank titled Can the metaverse break the constraints of the physical world, while a lot has been published about the metaverse, the study highlights that it could be bigger than what most people imagine. In fact, the study pointed out that at some point,  the digital lives of people could become more important than their physical ones. 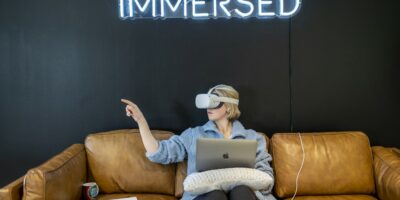 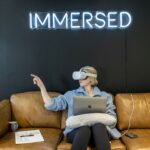 SHOULD EMPLOYEES BE WORRIED ABOUT WORKING IN THE METAVERSE?

Interestingly, researchers of the report also stated that the metaverse is likely to be a space over which no single entity will have complete control.

“We see potential metaverses built by decentralized players (e.g., Decentraland and Sandbox) in addition to the ones built by traditional players (e.g., Roblox and Microsoft). Hence, the digital space will likely comprise a multiverse of metaverses, as opposed to a single homogenous metaverse. Indeed, commercial considerations and competition will necessitate such a multiverse,” the report stated.

This will probably be the key factor for all metaverses in the future. By enabling a multiverse of metaverses, users will pretty much find themselves not hooked up or locked into a specific brand. This in turn will also have huge marketing and spending opportunities for both businesses and consumers.

To understand more about the multiverse of the metaverse and the impact it may bring to the real world, Sachin Mittal, DBS head of telecom, media, and technology research, shares his views with Tech Wire Asia.

Metaverse and why should we care about it?

We define the metaverse as one where humanity is living, playing, and working in digital reality and that digital reality is interacting with the physical. While a lot has been published about the metaverse, we think it could be bigger than what most people imagine. Actualising the metaverse would blur the boundary between the physical and online world. We believe it may be influential enough that, at some point, the digital lives of people could become more important than their physical ones.

Some users – especially younger ones – may eventually earn, spend, and invest most of their money in digital worlds. Many people confuse the metaverse with Web 3.0 developments. In our view, metaverse development will be driven by both Web 2.0 and Web 3.0 worlds. The large customer base of Web 2.0 companies works in their favor.

Financial players as partners for value-transfer across metaverses

There is no doubt that users would like to travel between metaverses and physical worlds while bringing their accumulated digital assets with them. This interoperability not only requires digital assets to be transferable but also that value transfer is guaranteed. Currency earned in the metaverse would also require a bridge, in the event a user chooses to convert it to fiat currency. Current players within the technology or content space may not be prepared to accommodate such interoperability due to the lack of legal and financial expertise. Financial service providers are well-positioned to facilitate this seamless interoperability, in partnership with metaverse players.

Many banks and neobanks (i.e., entirely digital banks with no physical branches) will be pursuing what DBS characterizes as an “outside-in” business model – replicating banking experiences, customer engagement, and branding with augmented or mixed reality functionality. What we find more interesting is the “inside-out” business model – enabling and embedding value-added financial services into the metaverse, including facilitating exchange between digital and non-digital financial assets and flows.

How big can the metaverse get?

Potential market estimates of the metaverse opportunity range from US$3tn to US$11tn in 2030. The actual size will depend on the share of the digital economy that shifts to the metaverse and the market expansion. The Organization for Economic Co-operation and Development (OECD) forecasts global GDP growth of 3.5%, to hit US$142 trillion by 2030.7 A 2017 report from Oxford Economics estimated that the digital economy would be 25% of global GDP8. However, we believe the digital economy would be 20% of global GDP as the current inflationary environment, COVID-19 impact, and other geopolitical tensions were not considered in 2017.

The premise of the metaverse is an experiential offering engaging a wide band of human senses. Successful metaverses will be those with superior, immersive, and engaging content. We expect content owners and providers to decide the technology infrastructure and not the other way around. Persistent and immersive content experience will be a big change from the way content is being consumed today. Earlier metaverse concepts were restricted to digital avatars and connecting in a 3D world. Now, it is more than that.

By enabling the connection between people, finding communities, and venturing into new business prospects, we expect people to build their lives in the metaverse. Beyond just gaming, players are likely to be able to experience other aspects of life. Companies can provide tools and infrastructure for Augmented Reality, Virtual Reality, and Artificial Intelligence but ultimately, it is the content that needs to spark the imagination of users.