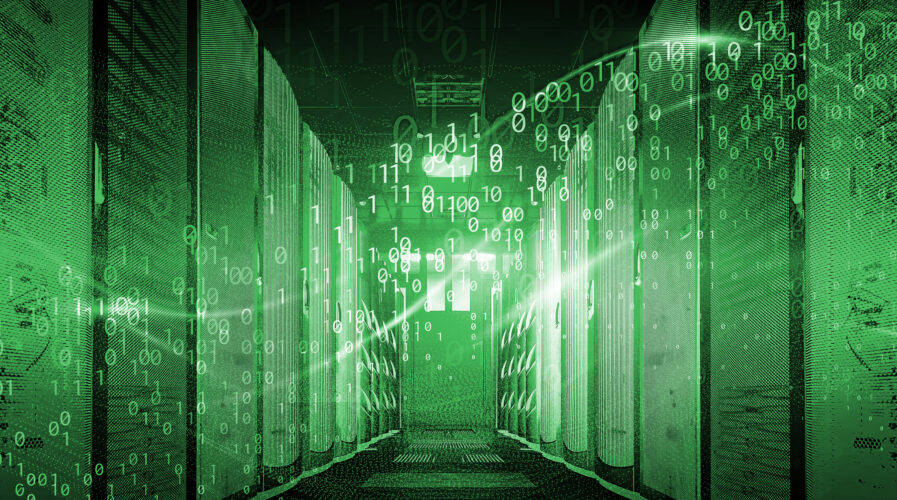 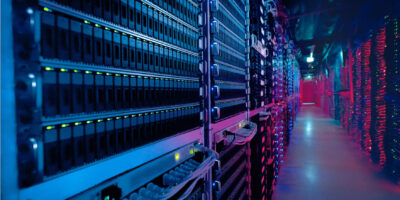 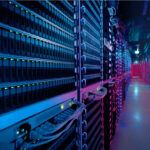 In fact, the International Energy Agency estimates that the data center industry currently uses around 1% of the world’s electricity which could reach double digits by 2030. In Singapore, data centers accounted for 7% of Singapore’s electricity requirements in 2020.  Over 40% of a data center’s energy needs is used for cooling, and data centers commonly utilize conventional water-cooled chiller systems which not only have high energy and water consumption requirements but also release waste heat into the environment.

With demand for data center services set to heighten against the backdrop of climate change, more efficient and effective cooling technologies will be critical to ensure the sustainable growth of the industry.

As such, ST Engineering recently announced a breakthrough in cooling systems with the launch of its new Airbitat DC Cooling System, marking its entry into the data center cooling market. An innovation by its Urban Environment Solutions (UES) business, the Airbitat DC Cooling System delivers powerful pre-cooling for tropical data centers, achieving annual net energy savings of more than 20% over conventional chiller systems alone. This translates to annual energy savings of about $104 per kW of heat load.

Combined with existing chiller systems, the Airbitat DC Cooling System enables data centers to reach a targeted Power Usage Effectiveness (PUE) of below 1.3, which is supported by UES’ live system data and backed by eight years of engineering, R&D and its patented evaporative cooling technology. This performance represents a significant improvement over current regulatory requirements for data centers in Singapore and positions it to meet more stringent standards for future data center builds. 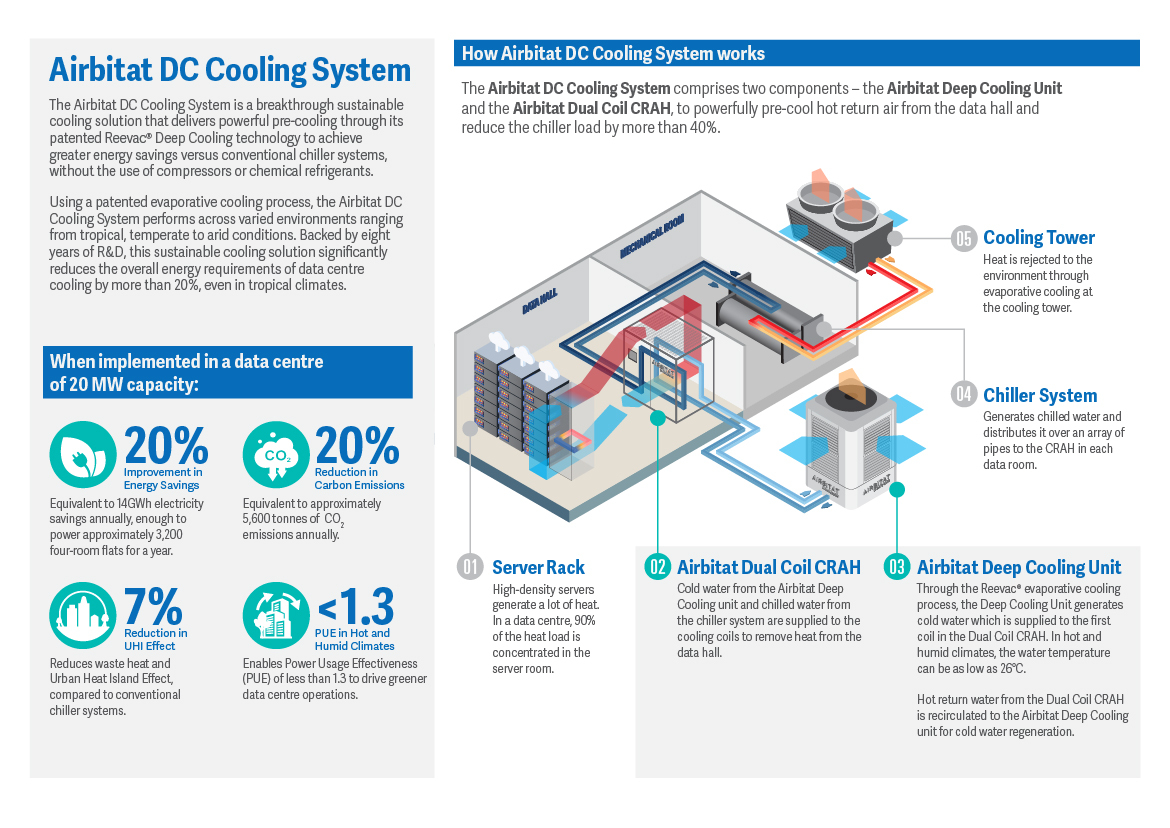 According to Gareth Tang, Head of Urban Environment Solutions at ST Engineering, the Airbitat solution was re-engineered for the data center environment, leading to a sustainable solution that significantly cuts energy consumption while reducing carbon intensity and Urban Heat Island Effect. Tang added its ability to be readily deployed in existing data centers presents an attractive option for operators who are looking for cost-effective solutions to lower energy consumption and achieve their sustainability targets.

“With the exponential growth in compute-intensive applications and increasing data needs, the data center industry is fast reaching its sustainability tipping point. We believe that the Airbitat DC Cooling System can help the industry address its most critical challenge today and support its growth more sustainably,” commented Tang.

Backed by extensive research and development, the Airbitat DC Cooling System comprises a Dual Coil Computer Room Air Handler (CRAH) and a Deep Cooling Unit that’s powered by the patented Reevac Deep Cooling technology. The Airbitat DC Cooling System works by pre-cooling the hot return air in the data hall to reduce over 40% of the heat load from the existing chiller system. This significantly reduces the overall energy requirements for cooling by more than 20%.

Additionally, the Airbitat DC Cooling System does not generate waste heat into the environment as it does not use energy-intensive compressors, nor refrigerants. It also has lower water consumption requirements compared to conventional water-cooled chiller systems.

What makes it more interesting it that the Airbitat DC Cooling System can operate under varied climatic conditions ranging from hot and humid, to hot and dry environments, making it perfect for this part of the world. Its smart controls detect ambient psychrometric conditions and automatically adjust its cooling modes in real-time for consistent energy-efficient cooling. Its modular design and ability to scale on demand accommodate different data center cooling requirements as well as structural and layout constraints, allowing for easy integration in both brownfield and greenfield developments.