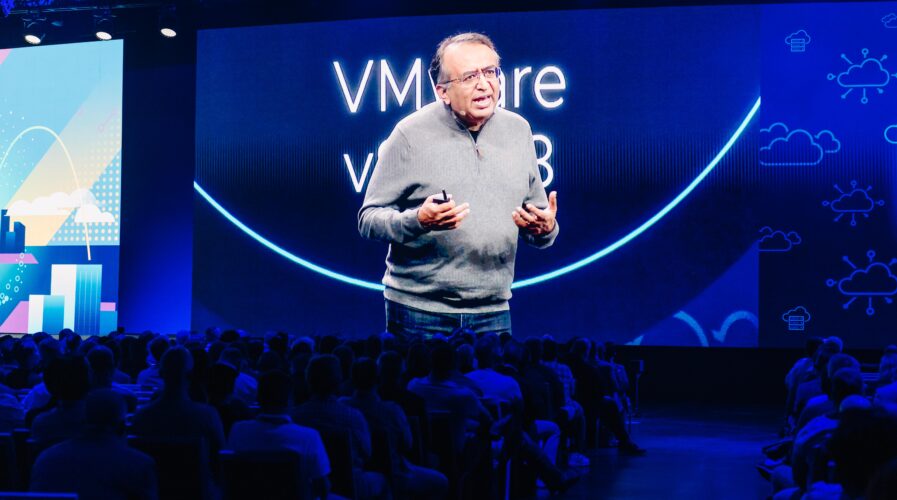 In May this year, Broadcom announced plans to acquire VMware for US$61 billion, in one will become one of the biggest tech acquisitions of the year. While the acquisitions is still pending regulatory approvals and such, the atmosphere at VMware Explore showcases how things might be looking post acquisition.

For starters, Hock E. Tan, Broadcom CEO was in attendance at VMware Explore. His first experience at a major VMware conference, Tan seemed to be satisfied on what he has seen so far.

“This morning I enjoyed experiencing the General Session at VMware Explore US. There was compelling content and tremendous energy in the room coming from the entire VMware community. I’m confident that attendees will benefit from the rest of the event and all that VMware Explore has to offer,” stated Tan in a blog post.

Tan also noted that whether it be on premises, in a private cloud, multiple clouds or at the edge, solutions from the combined Broadcom and VMware organization will give customers greater choice to address their most complex IT infrastructure challenges.

“With the completion of this transaction, Broadcom will be a new participant in the multi-cloud era, and VMware will be the flagship of our combined software offerings. Together, we will be guided by a commitment to provide customers more control, flexibility, and choice to design and navigate their IT software platforms,” he added.

Raghu Raghuram, VMware CEO, also commented that Tan seemed pleased with the announcements and was looking forward to have more conversations with customers in the future.

As Broadcom learns about VMware, anxiety clouds everyone else

Raghuram also stated that Broadcom is currently in a phase whereby they are still learning more about VMware and how the business actually works. While Raghuram declined to comment on post acquisition activities, he did indicate that VMware are doing the best they can to keep both partners and customers satisfied with the outcome.

“We have spoken to customer and partners and explained to them. Broadcom have also had some conversations with them. Things have settled down and there is no dramatic shift among our customers,” said Raghuram.

Interestingly, during the press conference after his keynote session, Raghuram was also asked about how the employees are coping the acquisition plans. Raghuram commented that VMware employees continue to be well informed on the updates and are seemingly focused on their current tasks.

Despite this, there have been reports that some VMware employees are already looking for new career opportunities with other tech giants also waiting to hire some of them. Given the experience of some employees of previous Broadcom acquisitions like Symantec and CA Technologies, its no surprise that many are feeling this way.

However, Raghuram also pointed out that the acquisition of VMware is completely different for Broadcom. When it was Symantec and CA Technologies, both these companies were mature companies, with the acquisition focused on their lifecycles and growth.

“Broadcom will establish itself once the acquisition is complete. They want to be a leader in semiconductors and software. It’s not just a synergy acquisition,” commented Raghuram,

With that said, the deal is expected to close by the end of Broadcom’s fiscal year in 2023. For now, things seem to be moving the right direction and hopefully can remain that way post acquisition.

It will also be interesting to see how VMware will integrate products from Broadcom’s other acquisition once the deal is closed.