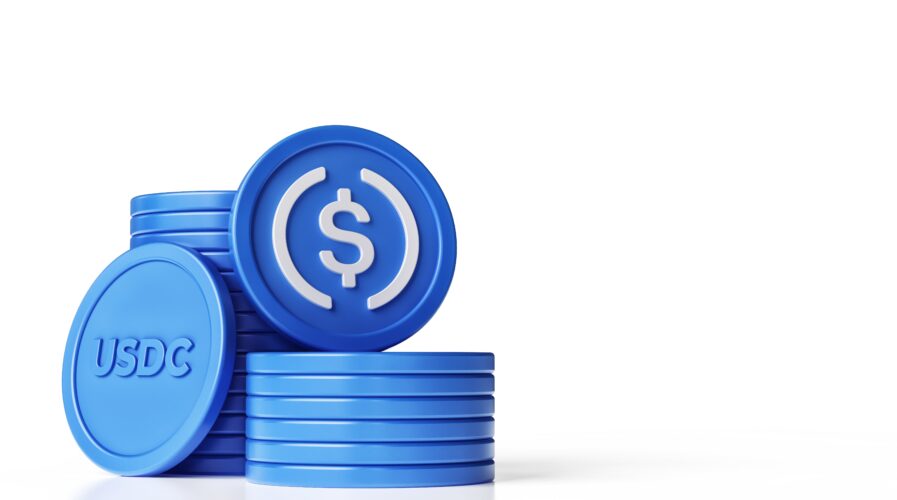 Circle lands in APAC. How are they winning the stablecoin war with USDC?

It is safe to say that we are currently in a new era for money. Paper notes are disappearing as cash goes digital, and whether you like it or not, stablecoin are at the forefront of this financial revolution. In fact, fiat-backed stablecoins like USDC (USD Coin), issued by Goldman Sachs-backed crypto finance company Circle, are taking the helm, enabling global value transfer in a way that is not possible with legacy payment systems.

While many cryptocurrencies are notorious for their volatility, USDC is designed to be 1:1 with US dollars, with Circle always holding exact cash to the same value as the stablecoin it has in circulation. For the most part of this year, USDC has climbed the stablecoin rankings, thanks to the continued rise of decentralized finance (DeFi) and Circle’s ongoing commitment to regulatory clarity.

Circle even announced plans to launch a euro stablecoin, starting June 30, 2022, based on Ethereum. The move would make point-to-point euro transfers across the world possible as it is the case with the US dollar already. The benefit of stablecoin for cross-border payments is clear: close-to-zero transaction costs and transaction settlement in near real time. All of which, legacy financial systems struggle to achieve this.

Tech Wire Asia got into a conversation with Circle Chief Strategy Officer and Head of Global Policy, Dante Disparte, at the Singapore FinTech Festival recently. Disparte shared how the opportunities to extend the perimeter of financial inclusion using cryptocurrencies, especially stablecoin, is often dismissed, because the concept itself is misunderstood, and evokes fear. 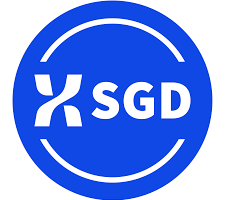 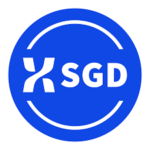 He also shared how the US-based issuer of the USDC stablecoin that has a market capitalization of more than US$43 billion, has received in-principle approval to offer digital payment token products and other services in Singapore. The approval is for a Major Payments Institution License granted by the Monetary Authority of Singapore (MAS), the city state’s central bank. It basically allows Circle to also provide cross-border and domestic money transfer services in Singapore.

The conversation below has been edited for length and clarity.

What is Circle and how does it make money with its stablecoin?

Well, circle is a sort of digital currency issuer. We are the issuer of the digital dollar or stablecoin known as USDC, which has taken the trust, the stability and what people understand about the dollar as the world’s global currency and transformed it into a digital currency, by inheriting the superpowers of the internet. That is our core business product. The next set of services and solutions are not retail customer facing, but business and institutional facing, which is how do you then send, spend, save and secure — I call the four S’s of hands.

That is Circle’s positioning in a nutshell. Another way to describe the company is we are to payments on the Internet, what a Google was to search, or what an Intel is to computer processing. We are really trying to build an infrastructure company that supports lowering the fundamental cost of financial services, and thereby increasing economic prosperity for people around the world.

In terms of growth, the way to maintain the utility value and the trust of USDC, which is our digital currency, is that we hold a corresponding amount of reserves comprise of cash and US government obligations or treasuries. We maintain all the banking infrastructure and the reserve management infrastructure for that. And that one way Circle generates revenue, is through managing that pool of money.

In exchange, the user of USDC is getting open access — USDC is available across digital wallets in more than 191 countries — and so by virtue of having a digital currency like USDC, it now becomes sort of a medium of exchange for payments settlements for internet activity and digital asset activity. That would otherwise not be possible. Yeah. So that’s the two ways in which Circle generates revenues. 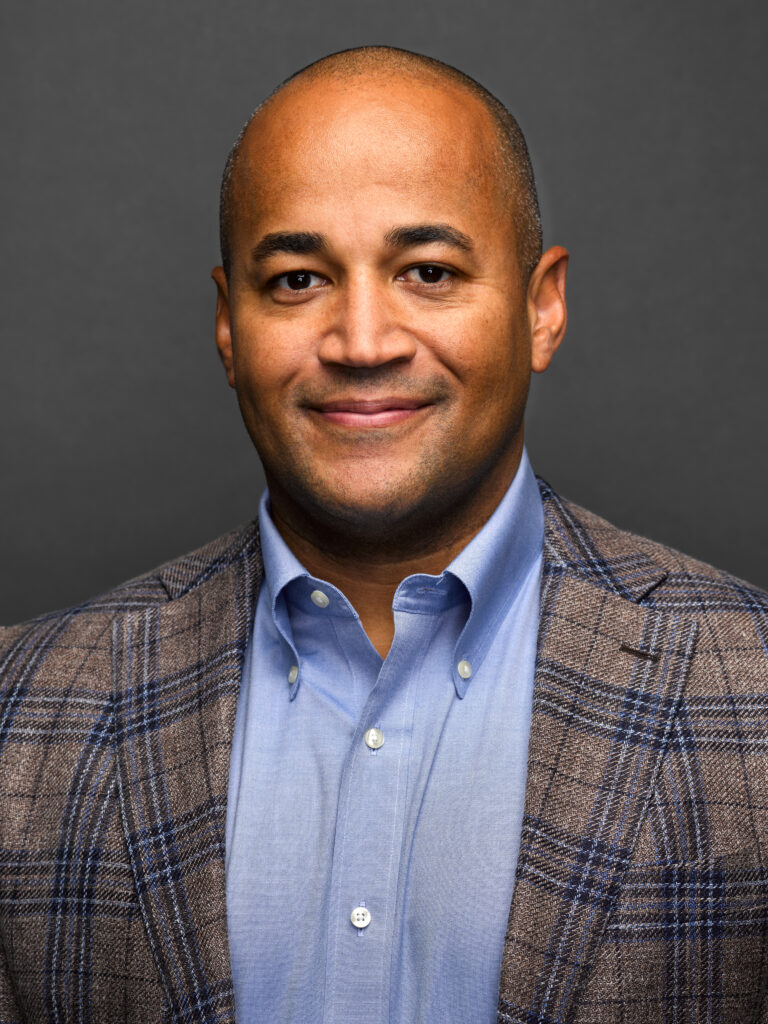 No, it’s actually more than that, and that’s a feature not a bug. There is a difference between the internet and intranet. Once upon a time, the intranet was the network that companies use inside their four walls, and they were exclusive to participants inside their business. If you think about financial services today, it’s very much an intranet approach in most traditional financial services firms.

If you’re a PayPal user, inside of a PayPal service, the walled garden, you typically get low cost movement of money. But if a PayPal user wants to pay a user of a different service, number one, it’s slow, number two, you have to pay a lot of fees, and number three, the services don’t speak to one another, from a technological vantage point.

Because we want to support the most interoperable and low cost and high trust transmission of money on the internet possible. So we’re basically making a technology choice, that is open source versus beneficial only to certain.

So is this direction away from single blockchain?

Well, some people are of the view that there will be one blockchain to rule them all. Whereas I am of the opinion that this is an open, constantly upgrading, infrastructure. What is powerful about our business model is money meets Moore’s law, which is that you constantly benefit with the improvement of computer processing power.

How is the presence of Circle like in this region?

Well, the joke is that Circle is headquartered on the internet, but the reality is that we’ve chosen as a business to follow the sun initially, which would mean that we have a regulated entity and a regulated presence in the United States. And that by choice, we would choose certain jurisdictions around the world that have high standards, around regulation, compliance, market integrity, and consumer protection.

We have an in-principle approval as a major payments institution here in Singapore, which allows us to start to establish a physical presence and an operating presence in APAC. With a base in Singapore that has a high ceiling around regulation and operating as a payment systems innovation, which then allows us to also have a hub and spoke strategy for engagement across the Asia Pacific region.

Besides Singapore, what are your plans in the APAC region?

So Singapore breaks ground for us in the region, but there’s obviously many important markets,  countries and jurisdictions in Asia Pacific, many of which are technology forward, fintech forward. We would be looking at a host of different activities in the region, but beginning with a base in Singapore.

My hope is that we’ll see public private partnerships, on the one hand with the public sector, and the equivalent of a digital correspondent banking partnerships with traditional financial services firms and fintechs across the region. This is so that you don’t need a Circle Singapore to become a Circle Malaysia, Circle Indonesia, Circle Philippines, but rather through a platform model to create partnerships with entities that are already operating in each of those countries.

And when you say a platform model, could it be digital banks?

It could be digital banks, fintechs, e-commerce companies, or even merchant services firms. We basically want to help power other companies’ business models and it could very well be traditional banks, remittance companies, electronic wallets companies and so on that intend to have lower cost payments for their platform, their users and their services. That is one way we expect to grow throughout the region, without having to become a fully operating entity in every country, where our innovation is being used. 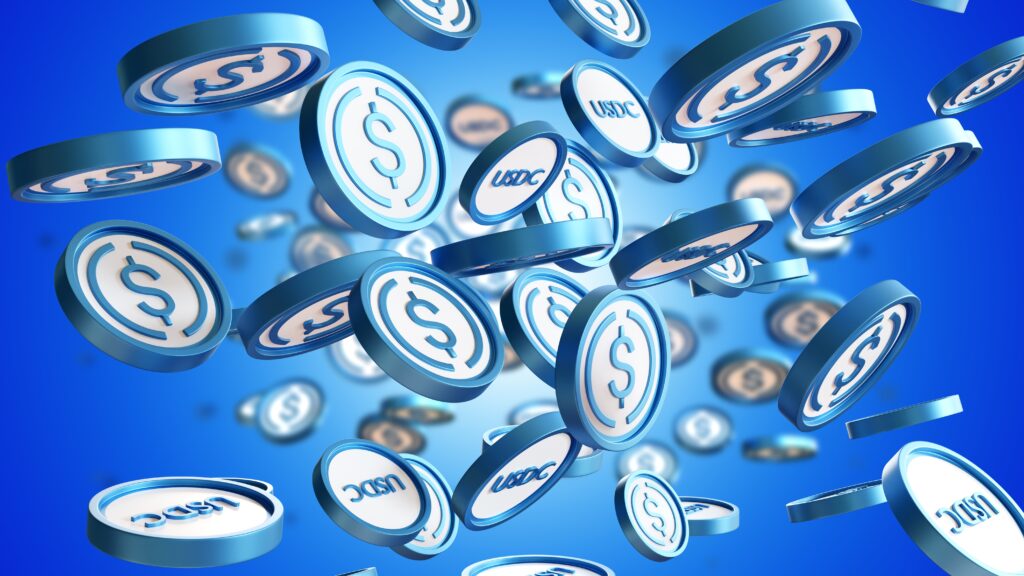 Central banks around the globe are looking to build their own digital version of their Fiats. Do you see that as a competition, something that might take market share from you, or it complements what you’re doing?

I have a paper published recently titled “The case against Central Bank Digital Currencies” and the first thing I would like to say is that a central bank digital currency is a domestic payments innovation. Number two, it ends up becoming over the long run the type of innovation that could very well compete with banks and compete with fintechs and with payments companies.

In a world in which CBDCs have become prevalent, I highly doubt you would see this many people for a fintech conference anywhere in Asia, not in Singapore or any other country, because effectively the central bank is making a decision about becoming the retail payment system for its consumers or for its citizens.

So I’m not a fan, but not because central bank digital currencies represent competition to Circle, but it’s ultimately because CBDCs represent a form of money that has too many societal problems banked into it. Critically, it’s a form of money that requires the public sector to make a 100-year technology bet. So if a CBDC is being built, the public sector has to make a 100-year bet against Moore’s law, and a 100-year bet against how people’s preferences, and financial and technological dependencies will evolve.

For money to work, the typically independent neutral role of Central Banks has to stay exactly that, rules based competition. One last analogy is central bank digital currencies would be like a Civil Aviation Authority, choosing to fly planes and build jet engines, versus encouraging safe passage in the skies that are rules based. So I have a lot of fundamental problems and  even if they become prevalent, the likelihood is that central bank digital currencies would be wholesale innovations, as opposed to retail.

What are your thoughts about regulating the cryptocurrency industry? Do you think it’s a timely move?

I would say hurry up and regulate it, because number one, there’s a reason Hong Kong is announcing a competitive fintech week to Singapore’s fintech festival. The jurisdictions are ultimately competing for the time, talent and treasure as people are building this future of finance and money. I would say to countries in the region, hurrying up and waiting is not a strategy.

There’s a reason these conferences are filled with 1000s of people, even in the darkest of crypto winter, you still see the enthusiasm and hundreds of millions of dollars of capital, innovation and investment is coming into this space. It would be a shame if other jurisdictions and other countries watched as certain countries that are fintech forward or technology forward, capture the market, while others are left behind. So this is a matter of nation state competition, as much as it is a matter of private sector competition.

Would you argue that countries should actually look towards cryptocurrency more than CBDCs?