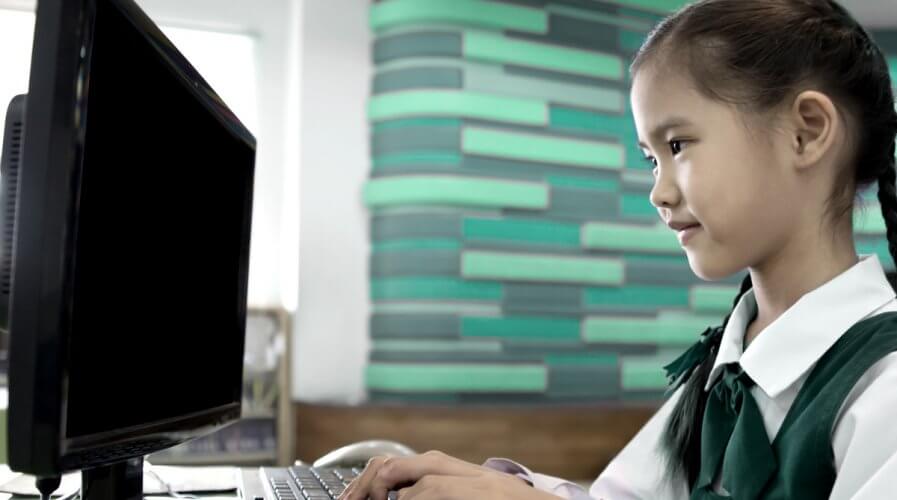 The results of the Stack Overflow developers’ survey 2018 are now in. Source: Shutterstock

How to hang onto your developers in a seller’s market

THE eighth annual Stack Overflow developer survey has revealed some results about techs based in Asia which employers and employers-to-be might do well to take notice of.

Each year stackoverflow.com takes an extensive survey of its development community. Stack Overflow is one of the gamut of tools and resources which, like GitHub, are used just about every day by most professional developers, and indeed, many hobbyist developers.

Over 100,000 developers took the survey this year, among them 20,000 developers based in Asia: from the Indian subcontinent, Malaysia and Singapore, Japan, Korea, China, Taiwan and Hong Kong, as well as the Philippines, Myanmar, Vietnam and Thailand. 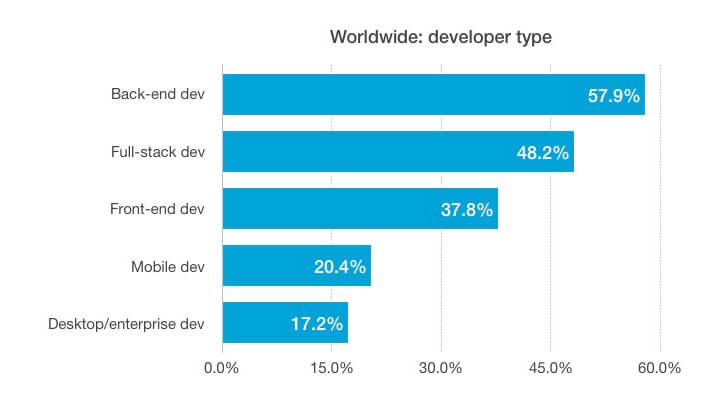 The majority of developers based in Asia are employed full- or part-time, with only around 25 percent working as pure freelancers.

Among the employed staff, 15.8 percent were either slightly or extremely dissatisfied with their job.

Regarding their careers as a whole, around 42 percent of Asian employed developers were “slightly satisfied” or “extremely satisfied” to date.

Before employers can give themselves a hearty round of applause for their superlative work in providing exciting, stimulating, and rewarding workplaces for their development teams, it is interesting to note that only 1,366 of those surveyed based in Asia saw themselves doing the same job in five years time (6.7 percent).

Just over 60 percent are either actively looking for a new job or would be interested if a fresh job opportunity presented itself. Most Asian devs are sticking with their chosen career in code-land, with only 2.3 percent stating that they were looking to do the career equivalent of running away to join the circus.

Around 3,700 of the c.12,000 with itchy feet were looking to start their own company, more than the 2,616 who would like a promotion to managerial status in their existing organization, or in the next one. 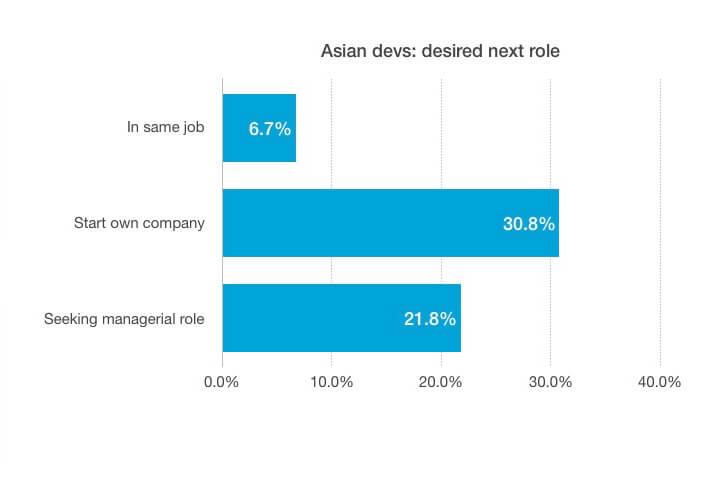 The survey went on to ask developers which particular things about any new role would interest them most. The standout statistics of those 12,000 considering jumping ship included 4,849 who said that the languages or framework in which they are expected to work were very important, while an almost equal number, 4,834, said that the potential for professional development (a.k.a. training possibilities) was their most significant influence in considering a new role favorably.

And while developers traditionally rely on and value peer review, 62 percent also placed salary or other bonus schemes very high on the list.

Only 10 percent stated parental leave is vital with similar numbers also favoring a gym, free snacks or a decent canteen.

Of the 100,000+ surveyed across the world, the vast majority are male (92 percent), heterosexual (93 percent), and suffering from levels of stress and mental illness at around average levels (although more so in the US than any other country). 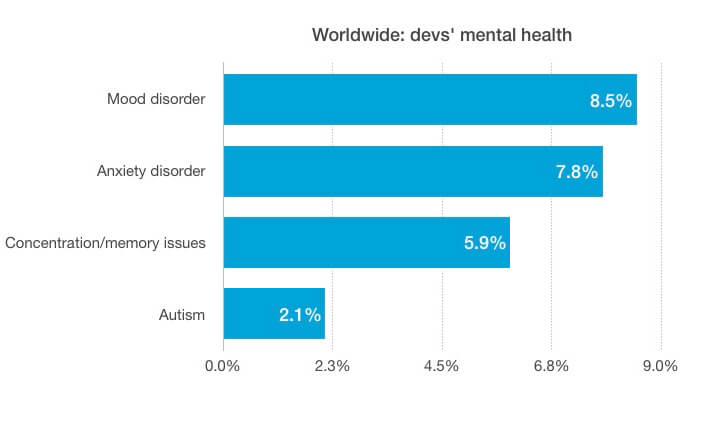 Employers wishing to gather up the next generation of developers may be interested to learn that the best way to approach potential new employees is through a private email address, message on a job site or through social media.

Fewer than 10 percent of those surveyed regarded an email through their current employer-provided work account to be acceptable (or wise, presumably).

The global survey results (available in full here) show a wide range of current incomes, ranging from a few dollars a year garnered on a freelance basis by hobbyist developers, up to a few lucky souls who quoted their incomes as around US$2 million per annum!

After ignoring the wild outliers in the income stats, pay rates seemed to begin at around US$7,000 (paid on the Indian subcontinent) up to salaries well into six figures; typically the top end is around the $200,000 mark, enjoyed by just a few US-based devs.

The average developer income in Asia was US$26,442, paid in local currency (converted to US dollars at the time of the survey results’ collation).

For employers looking for guidance on attracting the best developers to a workforce, this author would advise the following:

For the young, skillful and ambitious developer, the work marketplace is an exciting and productive place to be.

With blockchain developers reputedly earning salaries of up to US$1 million per annum (according to current internet rumors), and artificial intelligence coding skills in extraordinarily high demand, developers are operating in a seller’s market.