Cisco is powering the internet for the future. Source: Cisco

ACCELERATED innovation in the digital era means more data, faster connections, and better experiences. To power it all, however, the world needs more network capacity and energy.

Five years ago, Cisco’s leadership realized that the internet for the future would need a smarter foundation — a programmable silicon architecture that can meet the demands of smart cities, enable autonomous vehicles, fuel intelligent business applications, and delight customers with rich experiences.

At a press and analyst event in San Francisco recently, the announcement took attendees by storm because of the groundbreaking features it offers. Creating a ‘one-of-a-kind’ product in the silicon space isn’t everyone’s cup of tea — and the attention, hence, is well deserved.

Thrilled to formally introduce the new architecture and product to the world, Cisco Chairman and CEO Chuck Robbins and Cisco EVP & GM Networking and Security David Goeckeler explained why the innovation was necessary.

“Innovation requires focused investment, the right team and a culture that values imagination. We are dedicated to transforming the industry to build a new internet for the 5G era,” said Robbins.

“Pushing the boundaries of innovation to the next level — far beyond what we experience today — is critical for the future and we believe silicon, optics, and software are the technology levers that will deliver this outcome,” added Goeckeler.

Of those three pillars, the announcement in the silicon space was the most impressive, although the company’s focus on optics and software is noteworthy too.

Cisco announced that it has invested in silicon photonics and a highly automated wafer-scale manufacturing process, and has launched a new Networking Operating System (NOS), the Cisco IOS XR7, which has been optimized to prioritize operations by simplifying automation.

Since the silicon is expected to fuel the next generation of the company’s innovations, it was definitely the start of the show in San Francisco, and excited both press and analysts.

Officially speaking, the Silicon One Q100 is expected to deliver more than twice the network capacity and twice the energy efficiency over any other silicon — but the energy advantage could well be pegged at 80 percent if used optimally.

Cisco Chief Strategy Officer Anuj Kapur explained that the biggest challenge to creating the internet for the future is the need for energy. 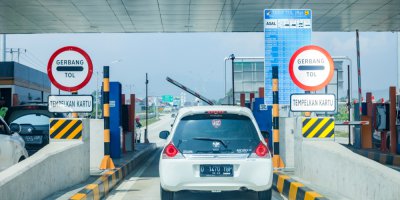 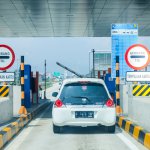 In the coming months, Cisco’s innovations will take center stage, with companies such as Facebook and Microsoft signing up to forge partnerships that drive the world farther, together.

Cisco’s US$1 billion investment in silicon, optics, and software R&D over the past five years will definitely power the internet for the future, and accelerate innovation — faster than ever before.