When it comes to developing technology, few things can hold China back. Despite the recent COVID-19 outbreak causing mass supply-chain disruption, the country has announced that telecom carriers will be charging on with plans to build at least 500,000 5G base stations in 2020.

In February, the Ministry of Industry and Information Technology, which is also the nation’s top industry regulator, emphasized the importance of continuing 5G developments as it can boost economic growth in these uncertain times.

5G technology had played a direct, active role in the containment of the novel coronavirus outbreak. For instance, its stability, large bandwidth, and speed have allowed for seamless communication in hospitals and emergency command centers.

For those in lockdown areas, 5G is a godsend. Not only does it offer them connectivity to the outside world, it is also the foundation that makes other key technologies possible. For instance, autonomous vehicles are now being used to deliver groceries and food in an effort to reduce human-to-human contact. This would not have been possible without 5G’s capabilities.

In response to this, China Telecom and China Unicom, the nation’s second and third largest telecom operator, announced that they will be collaborating to finish 250,000 5G base stations by September. Another major provider, China Mobile, also plans to have 300,000 new 5G base station up by the end of 2020.

With its trademark efficiency and speed, China’s seemingly ambitious plan to build so many 5G base stations is, in fact, very feasible.

As a case in point, it took China’s three telco operations — China Mobile, China Telecom and China Unicom — a mere three days to complete constructing a fully functional communication network at Huoshenshan Hospital in Wuhan of the district of Hubei, the epicenter of the epidemic.

However, some regions may see road bumps when it comes to building 5G infrastructure and implementing the technology at scale. In Gansu, Jiangxi, and Anhui province, for instance, the restrictions on cross-region transportation has delayed the shipment of the telco gear which were required to build 5G towers.

Despite this, there is still optimism that the country can hit the 500,000 base station mark. Yang Guang, an analyst at Strategy Analytics, said that while it is inevitable that the epidemic will slow down construction in some areas, the government will roll out measures afterward to make up for the delay. 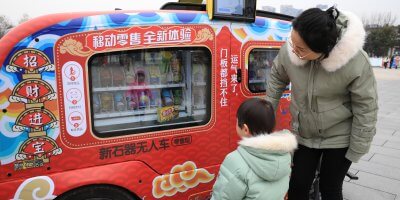 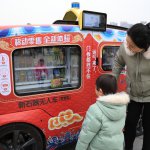 AUTONOMOUS VEHICLES COULD HELP US WEATHER THE CORONAVIRUS

The COVID-19 epidemic is slowing many industries down, but telcos are uniquely positioned to increase top and bottom lines. While it is a profitable time, businesses must nonetheless be cognizant of the value their services bring and provide 5G capabilities at a reasonable price to those that need it during these difficult times.