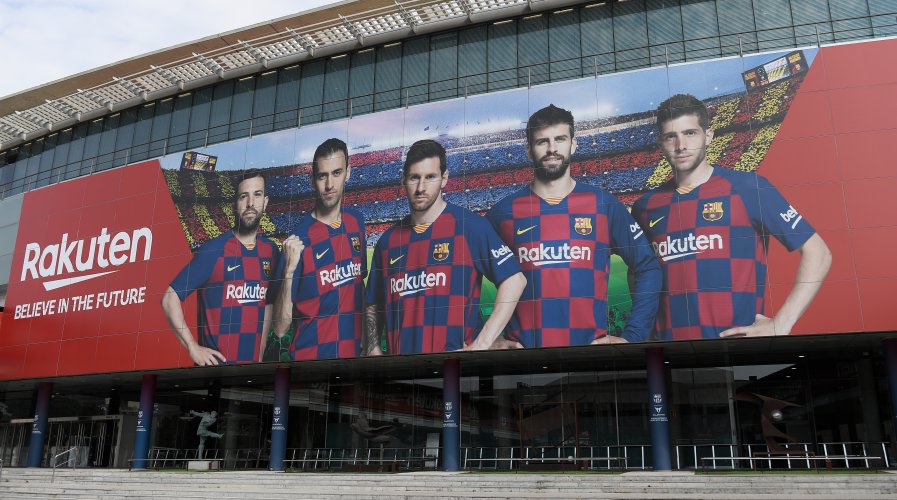 A picture shows the empty entrance to the Camp Nou stadium in Barcelona. Source: AFP

How sports teams are driving engagement with fans at home

The sports industry has not been spared by the unprecedented impact of the pandemic. Live shows, matches, and play-offs have been postponed or canceled until at least the end of April.

Stadiums and arenas are closed off or under disinfection processes as a number of athletes have been reported to test positive for COVID-19.

Reasonably speaking, even when quarantine orders are lifted, sports events will likely remain on pause to avoid mass gatherings or crowds which could lead to another wave of infection cases.

Many facilities may have even been repurposed as field hospitals or testing centers to temporarily cope with the influx of patients at hospitals and clinics.

With that in mind, how are sports teams and clubs staying afloat? For an industry that relies on support, viewership, club membership, advertisement slots, and live events in general, the current limitations will see key forms of monetization drift away, especially if fanbases aren’t kept engaged.

And for an industry as physical as sports, athletes can’t possibly perform from home – but that’s where clubs’ digital teams, social media, streaming platforms, and e-gaming come into play.

“Imagine if Steph Curry set up a webcam in his driveway and just shot hoops and talked to fans and live-streamed for a few hours—that’s powerful and that’s something that hasn’t been explored and done,” said Team Liquid co-CEO Steve Arhancet, in an interview with Sport Techie.

As the chief of a renowned e-sports gaming organization, Arhancet believes that traditional sports teams must explore ways to leverage digital capabilities to maintain a two-way conversation with fans, as eSports have.

Such initiatives were mobilized instantly by athletes even without the endorsement of their managers. Many took to social media to connect with fans, provide solace, comfort, and some even offering help to those in-need.

Not only that, sports clubs and teams have also been quick to come up with a range of creative solutions. The goal? To make sure that fans are entertained, engaged and fed with digital content using disruptive technologies.

At first, the sudden change has chocked the teams in the league. “We’ve never had to plan for anything like this,” Megan Cahill of Syracuse Crunch’s director of public relations and digital media told The Citizens Voice.

When asked about how the hockey team is dealing with the American Hockey League’s sudden shutdown, Cahill said: “We went into the office the next day and had the weekend to think about what we were going to do. It took the staff only a couple of days to sit down and start brainstorming.”

The Crunch decided to get its goaltender, Scott Wedgewood, to play the latest installment of EA Sports’ NHL 20 video game.

RETWEET and tell us which #NHL20 Trade Deadline player you’d like for your HUT Team for a chance to win them! #stayandplay pic.twitter.com/UTOOmWcMAS

The virtual play will be broadcasted online as a means of mimicking the ambiance and energy of a live game. Lucky fans will also have the chance to have their avatar set up in the game and their character slotted into the lineup of players.

Cahill said, “Essentially with a Twitch stream, you’re just watching someone play a video game. Fans want to be interacting with players, asking questions. We wanted to make sure our page was going to be more interactive like that.”

The team’s vice president of operations Brian Coe revealed that the team is in the process of creating an interactive trivia game that follows the likes of HQ Trivia mobile game.

While nothing is set to be permanent, Coe said that if fans’ receptions are good, the trivia might be a good addition in terms of content.

“Maybe once everything starts to get back to normal, we’ll incorporate prizes. It’ll be a fun addition.”

But for now, the Penguins have gotten the players to be active on social media, answering fan questions, sharing favorite teamplay moments and using interactive polls to get fans to vote for best goals.

The team is also making the effort to call ticket holders and stakeholders and hold a conversation with them as a means of ‘checking in’ on how they are doing. Having the players calling would be the least that they can do to show that they truly care about their fans.

On March 29, MotoGP made history when it broadcasted the first-ever Virtual Race. According to the official press release, the Virtual Race received amazing audience reception thanks to a successful collaboration with 28 broadcasting partners around the world.

Its lineup of athletes including Marc Marquez (Repsol Honda Team), Fabio Quartararo (Petronas Yamaha SRT) and Maverick Viñales (Monster Energy Yamaha MotoGP), went up against each other on e-sports gaming platform where they raced for six laps around Mugello.

The race alone captured 3 million views. The event, on the other hand, was a monumental success with over 400 pieces of digital content created and garnering over 60 million impressions and a total of 13 million video views.

Due to the immense success, the Virtual Race is set for its second installment which will be broadcasted on April 12. 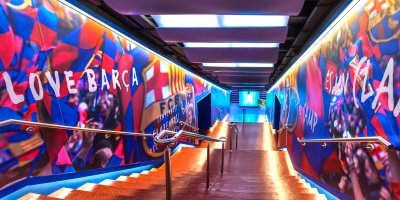 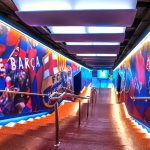 HOW FC BARCELONA WANTS TO USE DIGITAL TO DELIGHT FANS

The industry has never shied away from technological advances and that’s part of the reason why it has managed to keep fans engaged to some extent.

In fact, by making sure that enough investment and provision go into digital content, these teams were able to connect and reach fans from all corners of the world and create new business opportunities.

It’s not just sports teams, sponsors and stars that can get creative. Many businesses can learn from the industry’s inherent stamina, energy, pace and drama to keep their customers connected before the whistle blows again and play resumes.