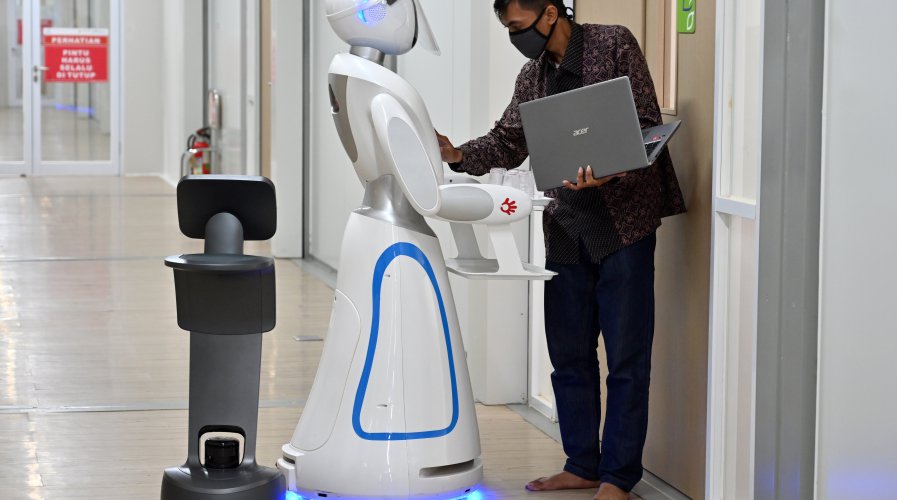 Robots are making up for a lack of people-power – is this the future?

The fear of automation and robots taking over human labor has lingered around for long.

It was predicted that this year alone, enterprises will spend US$112.4 billion on robotics capabilities, signifying a growing reliance on automation technology in industry.

However, those numbers were projected prior to the pandemic outbreak, and since then, demand has only grown. Now, robots are being deployed on hospital floors and medical facilities to take over high-risk tasks and relinquish work from healthcare workers.

Aaron Zhou, CFO of Gaussian Robotics told Asia One that orders for robotic technology went up by 40 percent following the outbreak. “Because people are isolated from each other, this kind of autonomous robot can carry out a variety of functions during the [outbreak], including delivery and disinfection in hospitals.”

Zhou was referring to the immense growth of interest in robots in China – which has spread to countries outside of the Asia as well. While most of these robots are granted to them on a loan and will be returned once the situation is under control, Zhou is adamant that it will leave a lasting impact on the industry and fuel investments in the coming years.

Omdia’s senior analyst Glenn Sanders echoed a similar sentiment where he said that, in the few years to come, robots will be much more common than they are today.

“As companies begin to formulate strategies for future capital expenses, robots and automation will likely be a high priority. Medical facilities will see the need for scalability of resources, and one solution to this is autonomous robots for diagnosis, delivery, and disinfection.”

But healthcare industries are not the only sector turning to robots. Other industry leaders are quickly learning about the benefits and potential of automation wares as they face an indefinite strain of manual workforce.

Robots will be brought into the picture to make up for reduced labor power and pick up the pace along the production line from when most plants were shut off.

An automated online grocery warehouse in outer London called Ocado is already seeing results from its robot deployment now that orders are spiking up significantly.

As the world sees no definite ending to the spread of the virus and humans are continuously being told to religiously abide by social distancing measures, robots are growing more popular as a quick solution to a weakening economy in the absence of manual workforce.

However, according to analysts, robots will most probably remain as that: quick solutions. Logically speaking, it will take years before robots and automation can be considered a primary source of labor power.

On the hospital floors, especially, robots are merely serving as stand-ins as they take over high-risks tasks in order to protect healthcare workers. Healthcare industries are not short of talent and labor but the pandemic has stretched the usual capacity and overwhelmed the ecosystem which is why robots came in handy.

When the situation improves, robots will most likely become inessential to medical facilities. David Navarro-Alarcon, an assistant professor of robotics at Hong Kong Polytechnic University said, “There’s a huge difference between a robot working in a perfectly well-structured environment like a factory and in unstructured human environments.

“Once the epidemic passes, these systems don’t bring too many benefits.” The professor did note that the interest will remain as these ecosystems have had a taste of what it would be like to have robots lifting their burdens, but a permanent application will need a lot of reviewing before it can be considered a practical solution.

Businesses across industries will also need to pool all their resources to scale-up robot capabilities on their premises. In fact, there are significant barriers that will require time to overcome before robots can be deployed at a full-scale.

For instance, the high implementation costs which will be a strain on both medical facilities and enterprises. While robots may be cheap, the changes that need to be made to the facilities and operating systems to accommodate these wares will be costly. 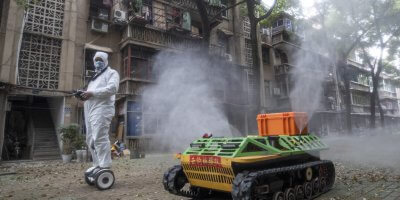 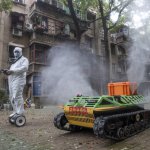 HOW ROBOTS ARE SUPPORTING MEDICAL FRONT-LINERS AROUND THE WORLD

Not to mention, the right talent and skills will be needed in order to transform a manual operation to an automated one. Cybersecurity will be another pain point that businesses will need to be wary of. The right cyber defense mechanisms need to be employed to make sure that attackers can override robotic systems or commit data breaches.

Lastly, businesses must also direct efforts towards reskilling their workforce so that employees can focus on helping the operation grow once their manual workloads are automated.