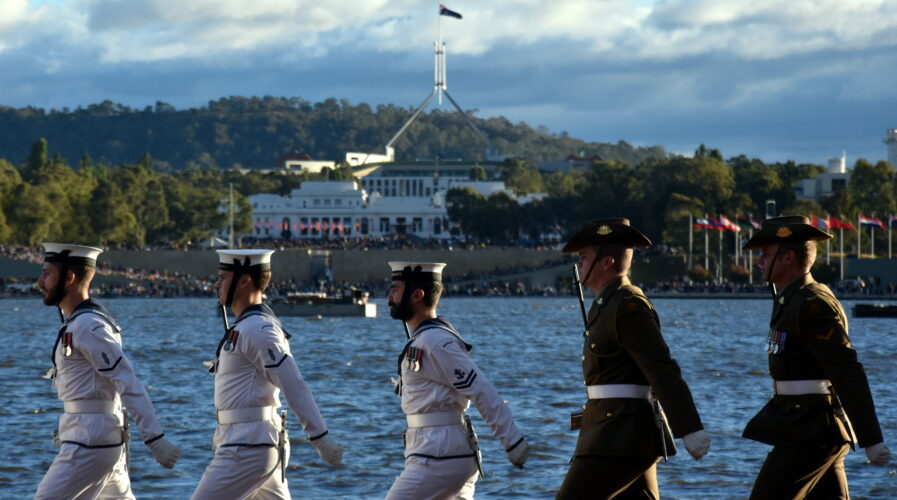 Australia’s Defense Force banned the use of TikTok. Source: Shutterstock

Australian government MPs and investors have suggested that a Microsoft deal to purchase TikTok could resolve many of Australia’s security concerns about the platform.

Earlier this week, Microsoft confirmed that negotiations are ongoing for the video-sharing app – which has been downloaded by more than 1.5 million Australians. The news is that the scope of the acquisition now extends beyond the US to the Canadian, New Zealand, and now Australian, operational jurisdictions.

The Australian Federal Government has been conducting two complementary investigations into the app. Intelligence agencies (as with in the US and elsewhere) remain dubious over the data being captured, and the likeliness of that data being handed to the Chinese government (such swift handed transparency is an obligation Chinese companies have, no less).

Question marks have led to global shifts in accessibility and use of the app, with the Australian Defence Force – like America’s armed forces – having banned the app, citing security issues, and the compromise of military personnel as the reason. This move has been marked ‘prudent and wise’ by Federal MP and chairman of parliament’s Intelligence and Security Committee, Andrew Hastie.

In an escalation of tensions, representatives from TikTok Australia very recently faced a parliamentary committee investigating the threat of foreign interference through social media.

Chaired by Labor Senator Jenny McAllister, the committee explored “the way that they [TikTok] protect the privacy of users of their data, as well as “how it is that they moderate content”. It wasn’t just TikTok facing scrutiny, either. Folks from Google, Facebook, Twitter and WeChat were also called to give evidence at the committee, marking security and data protection as a key focus for the Australian government of late.

It’s not just TikTok facing scrutiny, either. Folks from Google, Facebook, Twitter and WeChat were also called to give evidence at the committee, marking security and data protection as a key focus for the Australian government of late.

Though the decision was not to ban TikTok – at least for the time being – the ongoing concerns over its safety and data-ethics may be more readily allayed by Microsoft’s involvement.

What does Microsoft’s move mean for data security?

Microsoft’s priority is doubtless to enter the social media landscape. To do so will give themselves a footing for competitiveness in a space they’ve often struggled, though Bill Gates has marked such an entry – perhaps given the current foibles over TikTok’s data powers – a “poisoned chalice”.

That said, Microsoft’s intentions (at least publicly) are also data-oriented; in a recent blog post, the firm pledged to bring heightened security, privacy, and digital safety protection to TikTok the acquisition be a success.

And keeping “vast digital databases” out of the hands of the Chinese Communist Party is, according to some Australian Government MPs, an effective blunting of the app’s security threats. Microsoft supplies a significant portion of the Australian government’s cloud computing infrastructure. There’s a rapport and a mutually beneficial business understanding there that the Australian government – and many other non-Chinese governments – simply don’t have with ByteDance. This lays some minds at ease.

“The capacity to unwind that infrastructure”

In an interview with ABC, James Cameron, partner at venture capital firm Airtree Ventures, said the “security concerns about TikTok would definitely be less under Microsoft’s ownership”.

For him, the key challenge in the wake of a takeover will be to usurp the app’s existing infrastructural set up. “That’s the really challenging part with TikTok, and I think unwinding that infrastructure is going to take time…it’s going to take very large engineering assets and so, if you want to be bought by anybody you want it to be bought by someone who has the capacity to unwind that infrastructure as quickly as possible”. A company with the acquisitional experience and technical clout of Microsoft is clearly well equipped to do that.

Mr Cameron aptly points to the scale and the capability of Microsoft’s development teams, who would be able to adequately (and swiftly) unpack TikTok’s infrastructure in order to safeguard against any further security woes.

A transfer of control

Cameron goes on to acknowledge “potential concerns” around merely “handing over one foreign government’s control over the data to another”.

But in the context of data security expectations, governments in the US, Canada, Australia etc.  would oversee more checks and balances when confronting the data collection and distribution powers of big tech companies. Such oversight – especially of something as widely used and insistently data-ambiguous as TikTok – is something “most Australian legislators will be more comfortable with.”