Upgrade to the future of SSD with KIOXIA

Better and faster drives make every operation on a computer quicker and smoother. Whether you’re replacing a legacy hard disk drive or upgrading from a first-generation SSD, the options out there awaiting a prospective buyer are confusing, to say the least.

What are the best choices for you, given that you don’t want to under-equip for your needs yet also don’t want to overpay for capacity and performance you’ll never need? One vendor’s range of SSD devices might just hold the perfect model for you, and its name is one that’s both unfamiliar and yet well-known: KIOXIA.

Formerly known as Toshiba Memory, the watchwords for KIOXIA are quality, stability, and performance for the entire range, which is made in the company’s own chip factories in Japan.

If you need a direct replacement for your aging hard disk drive that will breathe new life into your desktop or laptop PC, the EXCERIA SATA SSD series is your go-to device. It’s available in sizes ranging from 240GB up to 960GB, and unlike some of its competitors in this price range, it offers much quicker read/write speeds than a typical, entry-level device, with a speed of up to 82,000/88,000 IOPS (input-output operations per second) for random reads and writes.

The EXCERIA SATA SSD means that expectations you might have had about compromising at this price point no longer apply. As a drop-in replacement for an old HDD or as a cost-effective way to expand storage quickly and cheaply, this is the SSD range for you. 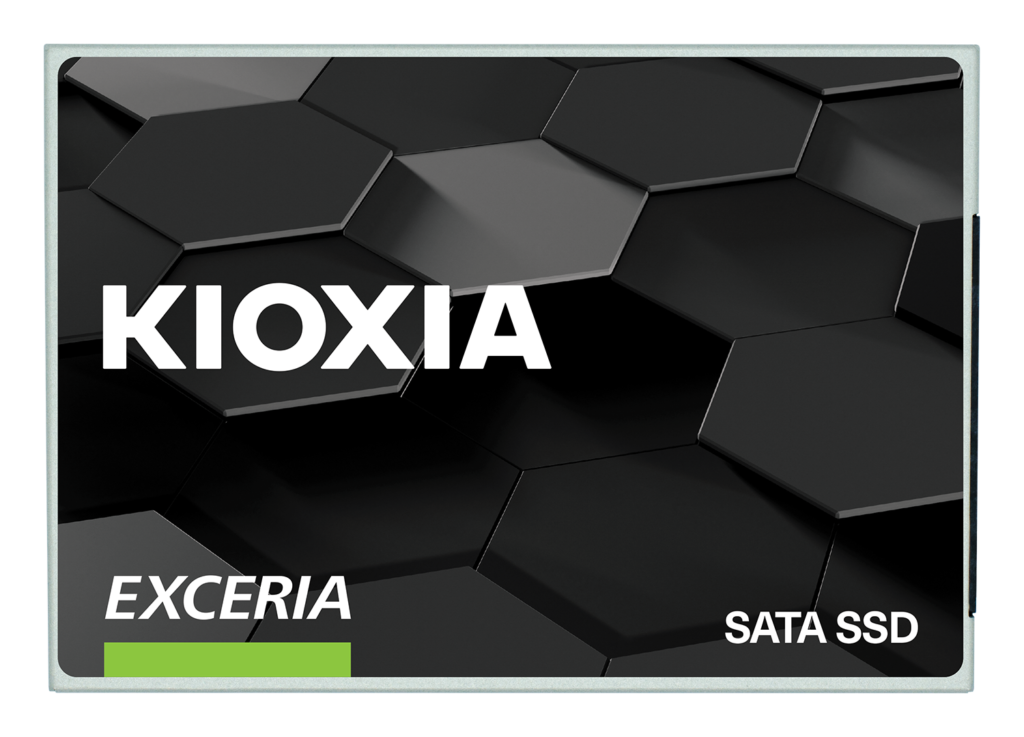 The drives that go direct to the source

“…The Kioxia Exceria […] has more refined firmware and all-new 96-layer TLC NAND. The SSD leaves a very sturdy impression TBH, especially for the value SKU series (the Plus series is even faster).” Guru3D review

The EXCERIA NVMe SSD range uses a direct connection to your computer’s motherboard to create speeds and efficiencies that other drives connected by SATA cables simply cannot match. Via the M.2 connector, the blazingly quick 2280 NVMe form factor is slim, light, and yet powerful — in fact, it’s a technology that powers most high-end laptops and desktops today.

Without getting into the technological “weeds” too much, the M.2 connector uses PCIe technology that’s more commonly associated with the fast connectors used by graphics cards in today’s gaming PCs. That shows in this range’s maximum sequential read/write speeds of up 1,700/1600MB per second (nearly three times faster than the best SSD drive connected via a SATA cable). (For those so inclined, there’s a full spec sheet here [PDF].)

The available capacities are 250GB, 500GB, and a full terabyte, which makes this drive the perfect choice for professionals who value their time: this drive can speed up workflows and improve efficiency, making everyday operations smoother and quicker.

Power for the power users

“…the Exceria Plus […] almost doubles potential performance on both sequential and random workloads.” Hexus.net review 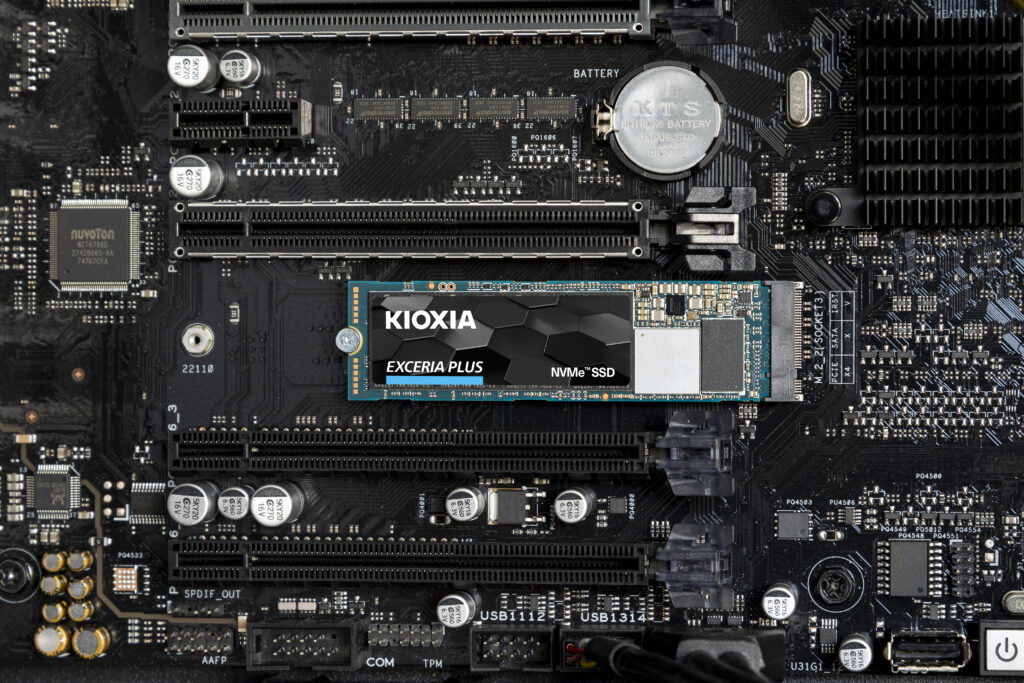 Engineered from the ground up for the ultimate in NVMe performance, the EXCERIA NVME Plus SSD offers double the maximum sequential read/write speeds of most drives, thanks to its newly designed eight-channel controller that delivers amazing data throughput speeds. If you’re a hardcore gamer or pro-level creative professional, applications, AAA games and operations will be suddenly more reactive, and your whole computing experience will feel “snappier.”

Boot times become seconds, not minutes, and even heavy loads on the drive won’t slow down intensive workflows. The EXCERIA NVME Plus SSD range looks like any other drive in this space, but it’s under the hood where its engineered excellence really takes place. The end results are the highest speeds and the greatest capacities of the entire EXCERIA consumer range. Starting at a mighty 500GB capacity, those with large storage requirements (people working with video or 4k imagery, or needing the best gaming performance, for instance) can deploy a one or two terabyte version.

Every SSD in the KIOXIA EXCERIA SSD range comes with a warranty of either three (EXCERIA SATA SSD) or five years. To further ensure each drive’s longevity (all-flash memory suffers some deterioration over time), the company also publishes impressive endurance metrics for each tier in the range. That means you get some of the longest-lived drives on the market, and KIOXIA’s own SSD Utility supplements that.

With this handy application, you can fine-tune your drives’ performance, update firmware, and get a full overview of each device’s current status, available capacity, health, and more.

Using the KIOXIA range of SSDs, either in NVMe/M.2 or SATA form factors is the fastest way to change the way you use your computer, every day. To learn more about the full range of KIOXIA SSDs and the other memory and flash devices the company offers, you can get more details right here.