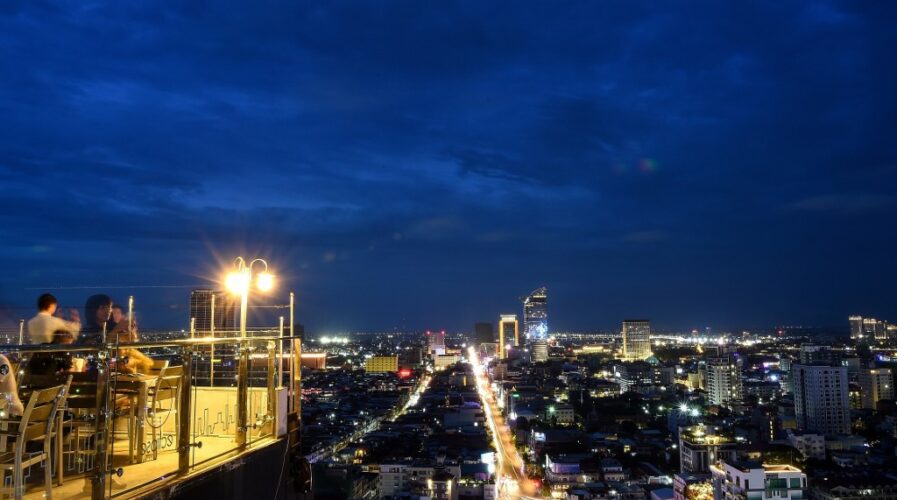 How blockchain changes the game for Cambodia’s smart cities

In a smart city, traffic, public services, and document circulation can be fully automated, integrated by big data and the internet of things (IoT). Applying blockchain is not as common in smart cities as these other tech, but that’s exactly what this project in Cambodia is doing.

While there are dozens considered smart cities today, less than a quarter have an active, large-scale implementation using blockchain.

Blockchain can simply be put as a system of recording information in a way that makes it difficult or impossible to change, hack, or cheat the system.

The city of Dubai has already planned to become the first blockchain-powered smart city by 2021 and the country of Estonia has been using variations of blockchain and distributed ledger technology to keep track of citizens since 2012.

Why should a city turn ‘smart’?

To put things into perspective, two-thirds of the world’s population is expected to live in urban areas by 2050 and a minimum of 40 megacities will have a population of at least 10 million.

Tackling that growth would take more than just simple urban planning. Ultimately, the goal of smart cities is to incorporate technology as an infrastructure to alleviate various complexities.

Joining the league recently are three Cambodian cities: Phnom Penh, Battambang, and Siem Reap. But what makes Cambodia’s smart cities different from the rest in Asia — their secured on the blockchain.

Dubbed as one of Asia’s most promising developing countries, the government of Cambodia is enabling economic opportunities for businesses and entrepreneurs via the development of a smart city.

Envisioned in April 2018 as a platform to support the creation of technologically advanced urban areas in the region, the ASEAN Smart Cities Network (ASCN) has three Cambodian cities in its initial list of 26 pilot cities from across Southeast Asia – Phnom Penh, Siem Reap and Battambang.

In early 2019, Singaporean blockchain firm PLMP Fintech thought about how blockchain could power the next smart city, envisioning the Creatanium Blockchain Smart City in the process.

Located on the outskirts of Cambodia’s capital Phnom Penh, Creatanium Blockchain Smart City is an agricultural and industrial cooperation project within the One Belt One Road initiative (BRI). The BRI, started in 2013 by China, is an international development strategy with lofty ambitions to integrate Asia’s, Europe’s and Africa’s economies and to establish China at the center of this connection.

Cambodia has embraced BRI with open arms, attempting to rise out of an agrarian-based society and towards an innovation and skills-based economy. Theoretically, the BRI presents opportunities and the financial capacity to evolve Cambodia into a middle-to high-income country, by promoting a skills-driven economy and manufacturing high-quality goods.

PLMP Fintech’s vision is an ecosystem within the BRI comprising of B2B, B2C, and C2C e-transactions powered by Creatanium blockchain, drawing together a network of SMEs from all over Southeast Asia.

The Creatanium Blockchain Smart City itself has five separate phases, with residential and commercial areas of over 20 hectares which are owned, developed, and managed by Creatanium Development.

PLMP Fintech’s strategist Peter Lim said it is an ideal ground to implement the company’s suite of blockchain solutions. Lim attests that with the birth of Creatanium Blockchain Smart City, residents will be able to experience transparency and equitable distribution of resources, reduce congestion on roads, enhance public transportation, and better support for a vulnerable and aged population.