Regarded as a mainland rival to US titan Tesla, the listing makes it the latest mainland firm already traded on Wall Street to seek exposure in Hong Kong as a hedge against regulatory risks amid China-US tensions.

The firms are among a number flocking to the financial hub over the past year as firms guard against the risk of being removed from US exchanges over the standoff.

The firm raised US$1.5 billion in the IPO but on Thursday its shares slipped to HK$116.80 in early trade, down from its IPO price of HK118. 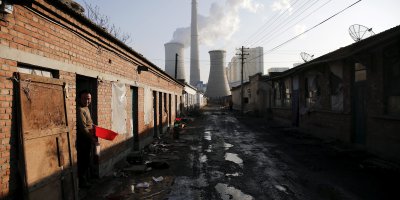 The offering also comes during a turbulent period for stocks in the city as investors grow increasingly jittery over Beijing’s tightening grip there, including the imposition of a sweeping national security law last year.

Chinese authorities have also been busy reining in the influence of mainland industries including tech giants, and more recently its lucrative private education sector.

Li Auto plans to dedicate almost half of its net proceeds to research and development including in “ultra-fast charging technologies”, according to its prospectus.

Part of the funds will also go to its efforts in “intelligent vehicle and autonomous driving technologies”.

China is the world’s largest car market and Beijing expects new energy vehicles to comprise 25 percent of car sales by 2025.