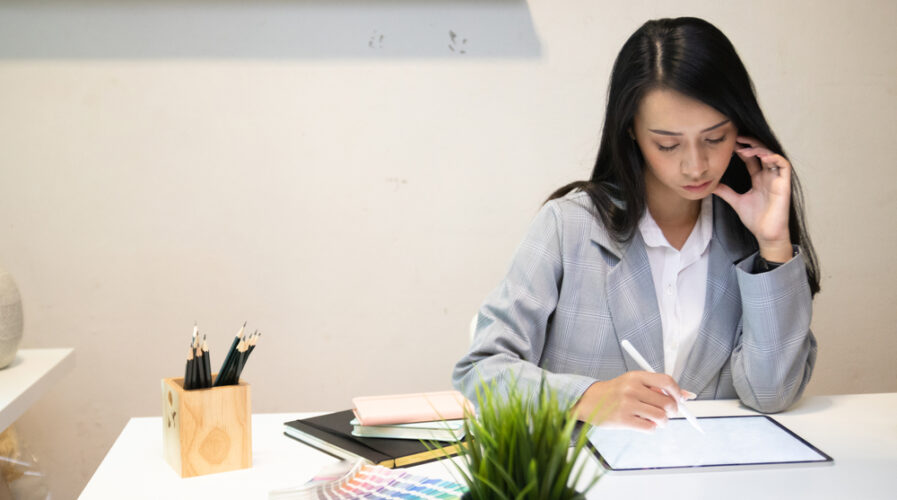 Whilst the pandemic has affected all genders and almost everyone around the world, women are still getting the shorter end of the stick as the employment gender gap increases.


A widening employment gender gap is affecting women everywhere — even though they have generally tried to improve their employability and skills more than men when the pandemic hit.

According to McKinsey, women’s jobs are 1.8 times more vulnerable to the Covid-19 crisis than men’s jobs. Women make up 39% of global employment — but account for 54% of overall job losses.

The International Labour Organization (ILO) estimates that projected jobs growth in 2021 for women will exceed that of men. However, it asserts that it will be insufficient to bring women back to pre-pandemic employment levels.

Many factors come into play. One is that the pandemic has significantly increased the burden of unpaid care — that’s disproportionately carried by women, says McKinsey in the report “COVID-19 and gender equality: Countering the regressive effects”. 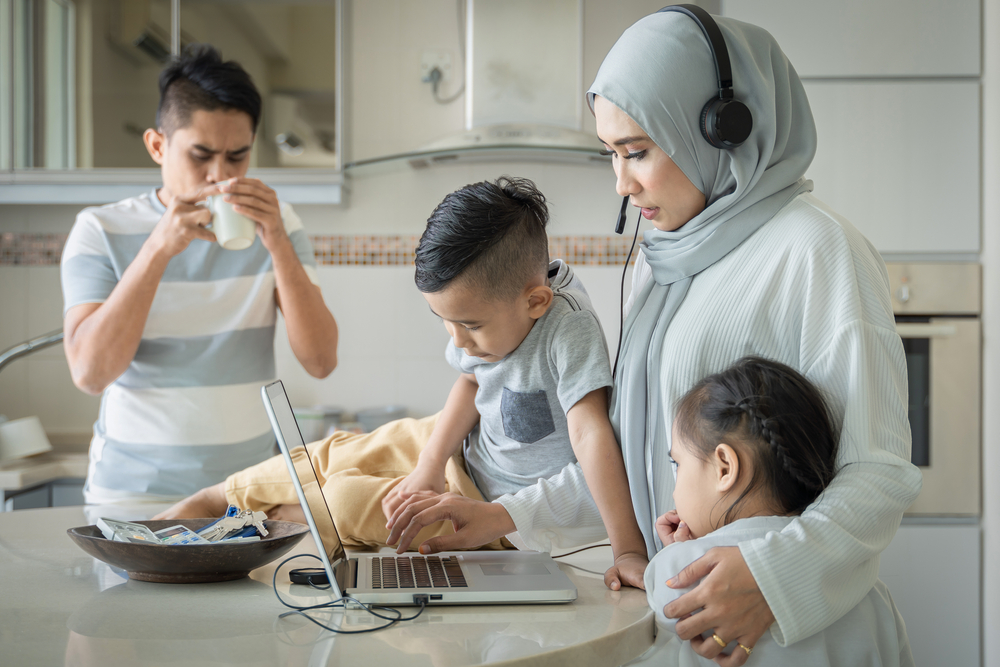 A common sight in Malaysia, mothers often have to grapple with juggling their children while also working as most workers are forced to work from home amidst strict lockdowns.

This essentially means that women’s employment is dropping too quickly, and faster than average — even after taking into account the difference in sectors.

Whilst the WEF acknowledges that men have increased their contribution to unpaid work in the household since the outbreak of the pandemic, a majority of the responsibilities still fall on women. Access to childcare continues to be an important enabler of women’s ability to participate in the labor market on equal terms.

The organization attributes this widening labor force gender gap to factors such as school closures and changes to care routines. These are some of the responsibilities that have disproportionately fallen on the shoulders of women due to deeply entrenched, unequal gender norms.

From this, and historical data, it’s clear that women have been, and are continuing to be — more negatively affected in multiple areas.

In this case, it’s in a labor market that’s exacerbated by the rise of automation; the added burden of unpaid domestic labor, and the pandemic’s gender-skewed, negative impacts on job sectors.

Some of the grave effects of the pandemic include higher incidences of domestic gender-based violence against women. However, things haven’t been better for women in the workplace either.

Women employees and founders in tech have faced more workplace harassment, especially sexual, despite the rise of recent movements like #MeToo. 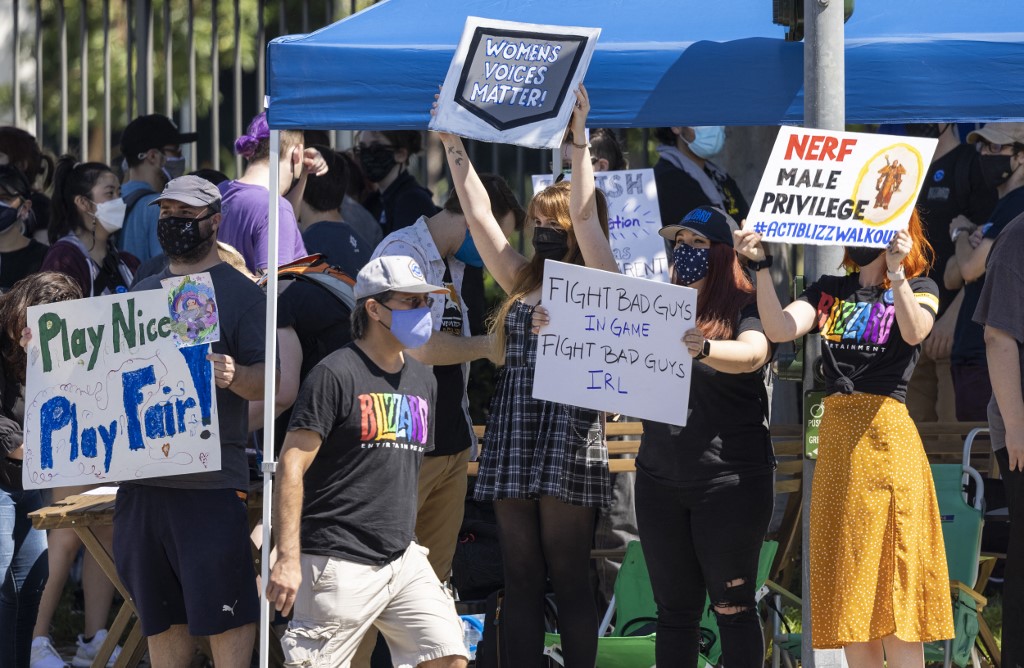 Employees of the video game company, Activision Blizzard, hold a walkout and protest rally to denounce the company’s response to a California Department of Fair Employment and Housing lawsuit and to call for changes in conditions for women and other marginalized groups,  in Irvine, California, on July 28, 2021.  (Photo by DAVID MCNEW / AFP)

There’s no two ways about it — women are more vulnerable to Covid-19–related economic effects because of existing gender inequalities, asserts McKinsey.

And countries and businesses should really be putting more effort into ensuring equity, equality, and safety for the other majority gender — women.

The ILO found that, during the pandemic, women fared considerably better in countries that took measures to prevent them from losing their jobs —  and which allowed them to re-enter employment as early as possible.

The ILO’s brief, “Building Forward Fairer: Women’s rights to work and at work at the core of the COVID-19 recovery” emphasizes the criticality of placing gender equality at the core of recovery efforts by countries.

This means putting gender-responsive strategies in place, such as :

Similar sentiments are echoed by the World Economic Forum (WEF), whose leaders stated that an economic recovery starts with growth, jobs, skills, and equity, in an inclusive way.

While upskilling isn’t the panacea for women (or anyone, really), it still can improve an individual’s employability to an extent. More importantly, economic recovery for a Covid-19 ravaged world is predicated on job availability — especially in a volatile labor market burdened by even more depressed wages.

McKinsey observed that, in a gender-regressive scenario in which no action is taken to counter the effects of reduced employment by women, the estimated global GDP growth could be US$1 trillion lower in 2030 (than it would be if women’s unemployment simply tracked that of men in each sector).

The firm stressed that this impact could be more severe than the one they modeled in the report, “if factors such as increased childcare burdens, attitudinal bias, a slower recovery, or reduced public and private spending on services such as education or childcare make women leave the labor market permanently”.

Echoing the ILO’s and WEF’s stances, McKinsey additionally argues that the advancement of gender equality could add US$13 trillion to the global GDP in 2030.

However, they warned that a middle path where action is only taken post-crisis would reduce the potential opportunity by over US$5 trillion.

To put that into perspective, the cost of that delay “amounts to three-fourths of the total global GDP we could potentially lose to COVID-19 this year”.

According to the United Nations, women around the world earn less, save less, have less access to social protections and financial resources, and are the majority caretakers at home.

The ship where employers and/or governments claim to champion women’s equality and rights but do little to show for it — has long sailed.

Whilst nobody expects these remnants of the artifact that is patriarchy to die out anytime soon, governments need to put in place more supportive and empowering policies for women to return to — and importantly, remain in the workforce.

At the same time, employers as well as society at large need to work to understand the burdens women face and make accommodations for women staff to continue employment, especially women in the informal sectors and those working from home.

Additionally, there can be more financial support and an improved startup environment for women entrepreneurs, who have always been at a disadvantage when seeking to raise investments.

Unconscious bias, stereotyping, a lack of diversity in venture capital, structural barriers, and the hostility women have to deal with within traditionally male-centered spaces — these are all more than well documented.

The detrimental long-term effects of reduced workforce participation by women will affect not just individual economies, but the world at large.

If this pandemic isn’t a clarion call to put an end to the archaic mentality that domestic duties ought to be the domain of women, then, honestly, I don’t know what else can.

Where it may be found, opinions expressed in this particular piece are of the writer’s and does not purport to reflect the opinions or views of Tech Wire Asia or its associated entities.

WOMEN AND EMPLOYMENT DURING THE COVID PANDEMIC
GENDER GAP
WOMEN