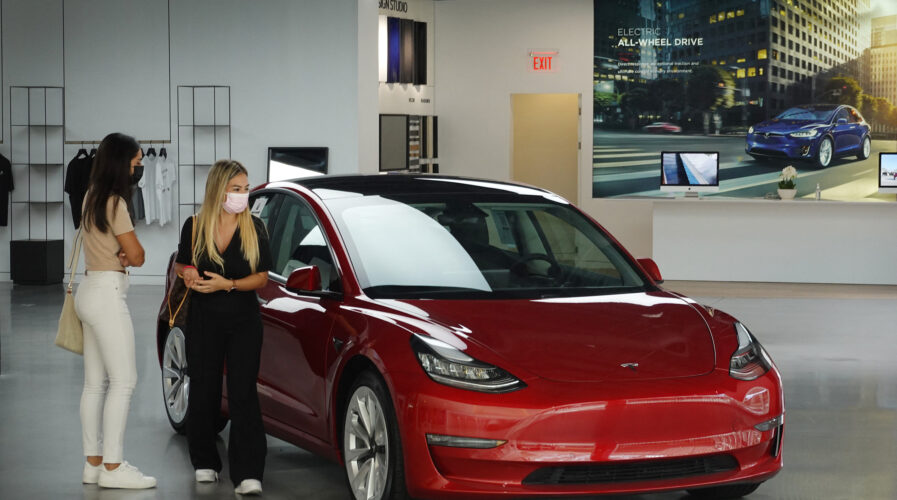 In the world’s largest electric vehicle (EV) market, an American EV maker has been outpacing local competitors, with monthly sales hitting new highs recently. Tesla Inc, the world’s largest automaker delivered 56,006 units of EVs in September alone, a nearly fivefold increase from a year ago. To complement its relentless success, the carmaker decided to build its first data center and research hub in China.

Announced this week, Tesla said it has completed its construction of a data center and research hub in China, five months after it established a center in Shanghai for storing operational data. According to Tesla, the research center in Shanghai will conduct development work on vehicles, charging equipment and energy storage products and will be eventually expanded to the same scale and scope as its US R&D operations.

Why such expansion by Tesla in China?

Tesla has been dominating China’s passenger car segment even on a backdrop of bad publicity for the brand and tight regulations imposed on foreign companies locally. For context, the electric car company reported sales of US$3.11 billion in China in the third quarter, or 48.5% of the US$6.41 billion U.S. sales during that time, according to a recent filing.

However, the issue revolving around EVs and other smart vehicles’ data collection has been a thorny subject for Beijing. Beijing has been particularly unhappy to let any data on Chinese consumers pass outside its jurisdiction and has, since 2017, forced tech companies to keep Chinese data on servers in China. That regulation however overlooked smart vehicles until Beijing drafted a new law to close the loophole that allowed vehicle operators to export data freely.

The law, which came into effect on October 1, requires carmakers to obtain special permission from the government before exporting driver data. That said, in an effort to keep up in the world’s largest electric vehicle market, Tesla came up with its own data center followed by a research center.

For Tesla, China’s huge untapped market potential is not something the carmaker would want to miss out on. In fact, ever since its Shanghai factory began operations in late 2019, Tesla has been the runaway leader in the mainland’s premium EV segment.

On top of that, according to the China Passenger Car Association, China’s new-energy vehicle sector – which comprises pure electric, plug-in hybrid and fuel-cell cars – is expected to deliver 2.4 million units in 2021, more than double last year’s 1.17 million. The country has generally been a major destination for global brands and  even German auto giant Volkswagen generates about 41% of its sales volume in China, according to Goldman Sachs.