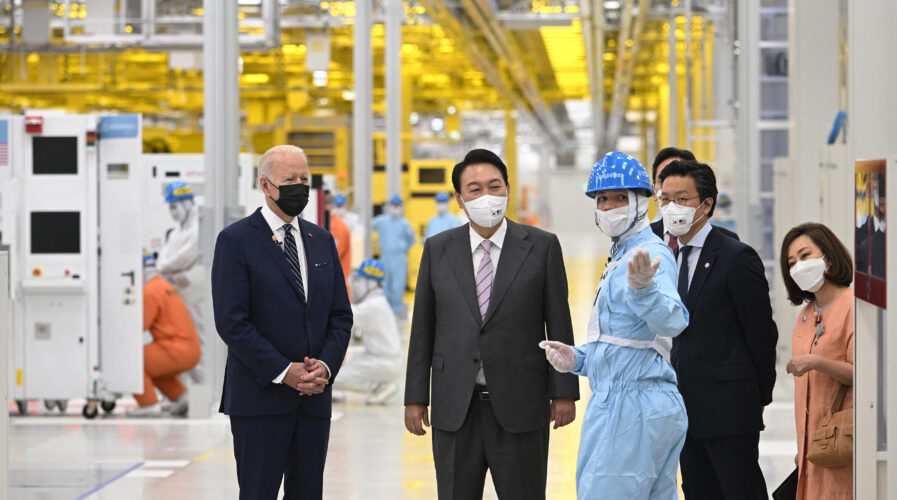 South Korean tech giant Samsung Electronics Co has always lagged behind the world’s largest contract manufacturer of semiconductor chips, Taiwan Semiconductor Manufacturing Co (TMSC), when it comes to sales. However, the pandemic has set an urgency among all industry players to be quick and adaptive, and by doing so, Samsung would soon enough surpass TSMC when it comes to conquering the 3nm process technology.

Therefore, as transistor sizes continue to shrink, Samsung is expected to be the first foundry to roll out 3nm chips in the coming weeks. On top of moving to the next process node, Samsung will also be using its latest transistor design known as Gate all-around (GAA) while TSMC, which is expected to begin the mass production of 3nm in the second half of 2022,  will still be using the older FinFET design. 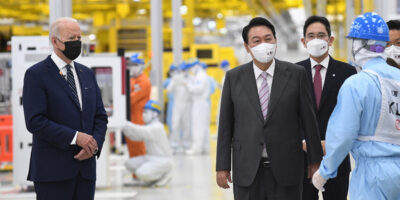 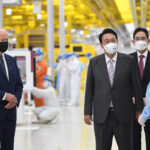 SAMSUNG TO FORK OUT BILLIONS FOR SEMICONDUCTORS AND BIOTECH

In essence, the new 3nm technology demonstrated by Samsung presents new possibilities in the field of semiconductor design, and the use of GAA transistors ushers in a new generation of low-energy high-performance processors. Samsung claims that relative to its current 7nm FinFET architecture process, the new 3nm process chips can work in a low-voltage environment below 0.75 volts.

That would result in a reduced power consumption of chips by almost half while improving performance by up to 35%, compared to the FinFET and up to a 30% hike in performance. As such, TSMC is focusing more on a 2nm process based on the gate-all-around technology, which is highly complicated and does not easily allow a satisfactory level of yield. For Samsung, it seems more doable as the company has been working on the technology since 2019.

It was the first time that the wafer, produced by Samsung’s new 3nm technology, was unveiled to the public. It is also apparently the world’s largest semiconductor facility, according to Yonhap News. “I have just seen how this plant makes the most advanced semiconductor chips in the world,” Biden said.

“They are a wonder of innovation and design, precision and manufacturing. When it comes to the most advanced chips, like the ones made here at Samsung — it is only one of only three companies in the world that makes these chips. It is an incredible — an incredible achievement,” the US President added.

Despite the fact that the Samsung foundries are only in their sixth year as a fully separate business unit, they are not far behind TSMC in terms of clients served. Although experts may still consider Samsung’s yields to be lower than those of its Taiwanese rival, the South Korean conglomerate is constantly investing and improving its manufacturing lines, with a clear goal of overtaking TSMC by 2030.

Undoubtedly, TSMC has also been competing fiercely with Samsung Electronics for 5nm and less, with Intel also competing in this battle. Data by TrendForce shows that TSMC is ranked with 52.1% of the market share established (based on sales) in the fourth quarter of last year, followed by Samsung Electronics with 18.3% and second place.