What does Elon Musk’s Twitter takeover mean for Singapore?

A decade ago, Mark Zuckerberg bought Instagram for US$1 billion. Two years later, in February 2014, Facebook bought WhatsApp for nearly US$19 billion. Since the acquisition, both companies have prospered under Facebook, now renamed Meta. And over the years, the company has continued to invest in innovations in technology for social media. The platforms have continued to be criticized for negative reasons yet it is still popular among users.

While Twitter is also part of social media, it could never really have the same impact as Facebook, WhatsApp, and Instagram. Twitter was simple and straightforward. It did not have many complexities. Yes, many complained about the character limitations and such but Twitter soon became one of the most powerful communication tools in social media.

Today, almost everyone and everything has a Twitter account. From world leaders and celebrities to film characters and consumer brands. The simplicity and wit that came with Twitter were in a league of their own. 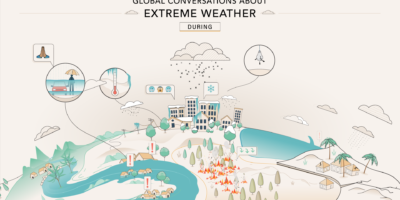 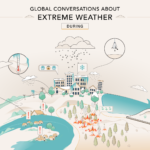 Twitter’s audience counted approximately 290.5 million monthly active users worldwide and was projected to keep increasing up to over 340 million users by 2024. This number is of course much lower compared to the number of Facebook and WhatsApp users. As of February 2022, Twitter was only banned in China, Iran, Myanmar, North Korea, Russia, Turkmenistan, and Uzbekistan.

Still, despite this, many have wanted to get their hands on Twitter. And Elon Musk’s US$44 billion offer was just too hard to resist. The takeover is expected to be completed in a few months and Musk is expected to serve as a temporary CEO of the company. 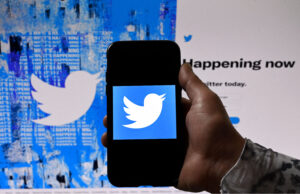 Since Musk announced his intent to purchase Twitter, the world is still in the same situation it was before that. Yes, it is a big takeover. But the reality is, this is what business is all about. Elon Musk has spent US$44 billion on an app that people use to post their thoughts and views.

He has raised US$7.1 billion for his Twitter acquisition from investors that include Oracle founder Larry Ellison and Saudi Prince Alwaleed bin Talal, according to a securities filing. He has also listed 18 investors who agreed to cash investments including Ellison (US$1 billion), Sequoia Capital (US$800 million) and Vy Capital (US$700 million). The Saudi prince, the head of the Kingdom Holding Company conglomerate, agreed to contribute about 35 million Twitter shares worth US$1.9 billion so as to retain a stake in the company post-acquisition.

As expected, many have made noise about the purchase with some questioning his intent of actually buying the platform. There were concerns about freedom of speech as well as the toxic culture that could form from the takeover.

While it remains to be seen what’s actually going to happen to Twitter, one country that is hoping for the best outcome from the takeover is Singapore.  Twitter’s current chief executive, Parag Agrawal has already informed employees in a recent meeting that their jobs should be safe.

According to a report by the Straits Times, several Twitter employees in the Singapore office were not overly concerned about potential job cuts. Instead, they were concerned more about compensation packages and stock options that could be made available to them in the future.

In January 2022, Twitter announced plans to double the number of engineers in its office in Singapore to more than 100 by 2023. The additional hires would span engineering, data science, machine learning, and product management.

Reports also showed that Twitter had canceled an event to open its new 22,000 sq ft expansion to its headquarters in Singapore. The new extension is expected to double Twitter’s current office space in Singapore.

For now, many continue to speculate and try to understand Musk’s actions. But Musk is known for his boldness in the business, as demonstrated by his other companies. The takeover will definitely not mark an end for Twitter but it could actually be a new beginning for the company.

Twitter will always be free for casual users, but maybe a slight cost for commercial/government users

Musk has already hinted at a number of ways he may look to improve Twitter beyond promoting free speech. This includes charging companies a “slight” fee to use the platform.

And with Singapore’s innovative infrastructure, Musk would probably enhance Twitter’s offerings and even make the Singapore office a prominent location for the company. However, all these are mere speculations.

Last week, Elon Musk also stated that he is aiming to increase Twitter’s annual revenue to US$26.4 billion by 2028, up from $5 billion last year, according to a report by the New York Times.

For now, everyone will just have to wait and see what will his next move be.