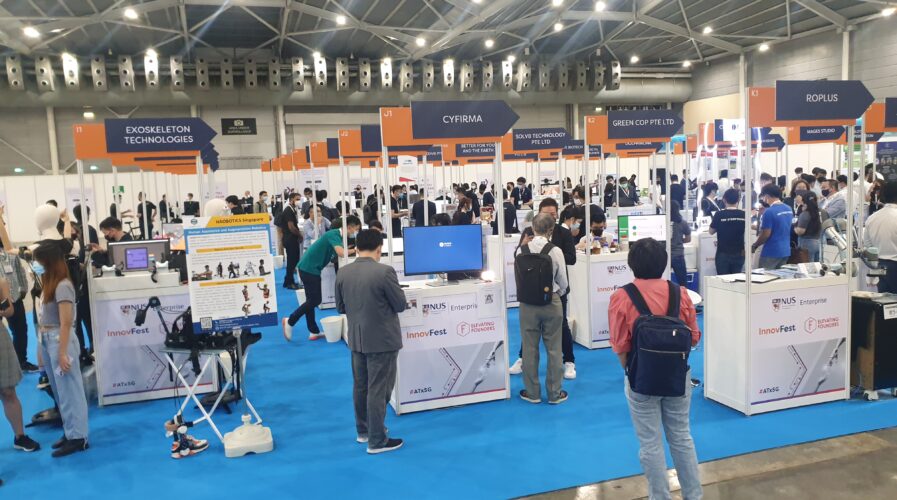 Some of the startups at CommunicAsia

Here’s what you may have missed at CommunicAsia 2022

The 2022 CommunicAsia Summit has just concluded, after three days of discussions, forums, and presentations on a broad range of subjects revolving around the ICT industry in the Asia Pacific region. The anchor event of Asia Tech x Singapore (ATxSG ) has been held virtually over the last two years, and for the first time since the pandemic, global industry brands and leaders gathered to showcase and discuss key and emerging technologies.

The first in-person major event in the region this year kicked off on a strong note, comprising a large exhibition that were filled with major tech events and announcements. Among the big brands that were part of the exhibition included China’s tech giant Huawei, Singaporean IT services outfit NCS Pte Ltd, Hewlett Packard Enterprise and even Zoom Video Communication Inc.

Interestingly, CommunicAsia once again turned out to be the largest gathering spot in Asia for various global satellite communications companies. Among those present in the exhibition were ABS Global Ltd, APT Satellite, AsiaSat, Measat, China Satellite Communication and many others. Among key topics discussed were the future of satellite and the cloud and how players can harness the power of mid-earth orbit (MEO) constellations.

Additional to that, as envisaged, the conference sessions were dominated by 5G-related topics. On the first day , various talks and fireside chats brought together representatives from industry, academia, and research who had shared their insights and discussed advances in 5G as well as addressed challenges in 5G deployment.

Most part of the second day revolved around experts from Huawei, Hewlett Packard, Microsoft and even Singtel sharing their best approach and ideas on monetising 5G in enterprise and consumer markets. Present during day two also was former Prime Minister of Great Britain and Northern Ireland  Tony Blair who aptly discussed how government and administration can support global change through technology.

On the final day, experts discussed how enterprises can prepare the network infrastructure for the next steps and the post-pandemic era. Besides touching on the vulnerabilities of 5G networks amidst a period of heightened cyberattacks, there were also panel sessions that spoke about the merge of mobile and space systems.

Here’s a look at some significant announcements made during the three-day conference.

KT SAT, South Korea’s sole satellite service company with its self-owned satellites, took the chance to exhibit a handful of its competitive services including Maritime connectivity, Space data, as well as its teleport service which has its growing demand as the number of satellites launched increases in this ‘new space era’.

In the space data segment in particular, KT SAT said it sees a growth opportunity as the market size is projected to be valued at US$16.7 billion by 2026.  KT SAT even shared its partnership with US-based Maxar Technologies, a global company focused in satellite imagery & analysis, and their plans to further expand in Asia. 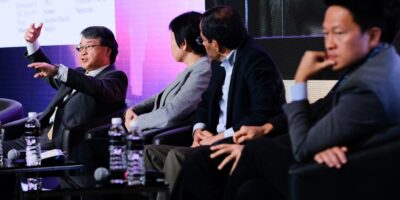 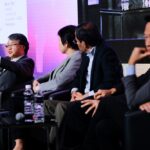 Besides that, KT SAT in a press statement said it has introduced its teleports including Singapore teleport which is newly built, Cheon-an teleport for the servicing non-geostationary satellite orbit (NGSCO) and Kumsan teleport.

The independent on-device and in-app mobile discovery platform took the chance at this year’s CommunicAsia to showcase its suite of app discovery solutions tailored for mobile carriers. Basically, the solutions would enable device-level app recommendations to blend into a user’s daily mobile journey, facilitating a personalized experience from the first device customization and via various placements at relevant moments.

CEO Elad Natanson said, “At Appnext, our innovation powers future mobile experiences in this rapidly changing world, enabling carriers to stay engaged with their subscribers. Our end-to-end discovery solution capabilities ensure that our customers provide their end-users with superior and frictionless experiences that are local, contextual, and delivered at the right moment.”

To put it simply, the device-level discovery product suite enables mobile carriers to build, deliver, and monetize new services and provide their customers with a more impactful, personalized and present experience.

To put it simply, with HD map and high-performance 3D graphic engine (Unity), the MORAI SIM Drive automatizes building virtual environments and provides realistic network representation. The company, with a presence in the US, plans to also expand its global presence by establishing offices in Germany and Singapore as well.

Amongst MORAI’s prominent customers include Hyundai Mobis, Hyundai AutoEver, Naver Labs, and 42dot and research institutions like KAIST and the Korea Transportation Safety Authority. It has even formed partnerships with various global players such as NVIDIA, Ansys, and dSPACE.