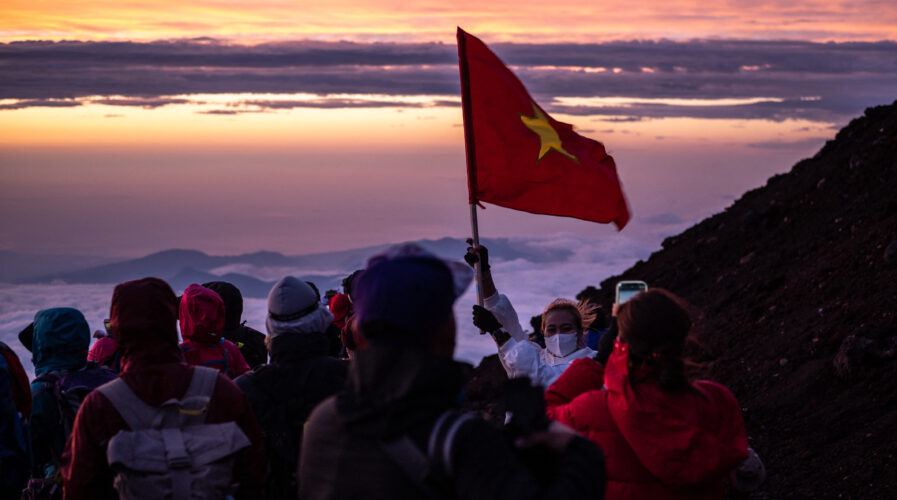 Vietnam has been shaping up as Southeast Asia’s most impressive economic success story over the last few years. Even during the pandemic, it maintained steady positive growth while other economies struggled to recover. While the nation has been outperforming all its regional peers in many segments, the International Data Corporation (IDC) now predicts that Vietnam is expected to surpass the rest in Southeast Asia when it comes to cloud adoption.

In a briefing titled ‘An Outlook on Southeast Asia’s Cloud Trends, Adoption and Opportunities’ last week, Prapussorn Pechkaew, research manager, data & analytics group at IDC told reporters that “Despite the uncertainties (of the post-pandemic landscape), cloud spending [in Southeast Asia] remains strong.” Leading the way are businesses in Vietnam, whose cloud market has seen a compound annual growth rate (CAGR) of 32% between 2018 to 2023.

Pechkaew said it is not the least bit surprising that organizations in the region are turning to the cloud more and more. Companies in Indonesia and the Philippines are not far behind Vietnam, with a cloud market CAGR of 31% over the same period. Meanwhile, Thailand (26%), Malaysia (25%) and Singapore (22%) are doing much the same, underscoring the continuing rise of cloud adoption in the region. To top it off, in a separate report titled Top ICT Predictions for 2022 and Beyond at IDC FutureScape 2022, IDC foresees that by 2023, digital will rule in Southeast Asia, with one in three companies expected to generate more than 15% of their revenue from digital products and services. Pechkaew further explained that leveraging the cloud is crucial to remain competitive in the so-called new normal, in which uncertainty is compounded by geopolitical tension, inflation and other global issues. 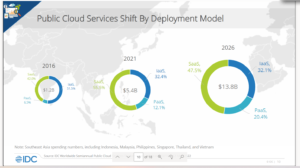 The cloud, according to Peckaew, helps in realigning IT services to meet the challenges of the post-pandemic business landscape and in enabling digital transformation in a digitalising world.  The trend will not only continue in the next few years according to IDC, but also intensify, with as much as 76% of organizations in the region planning to spend their cloud spending. Thailand leads the way in this case, with 92% of businesses surveyed by IDC admitting their plans to spend more on the cloud, followed by Malaysia (86%) and Indonesia (81%).

What sort of cloud adoption is happening around the region?

That spending is forecast to more than double to US$$11 billion by 2025, driven primarily by seven key drivers— the most notable being the rise of the digital economy and tech startups in the region, IDC said. This is closely followed by the growing need for infrastructure modernisation and the emergence of low code/no code platforms, both of which are keys to digitalisation and modernisation.

Peckaew also noted that what is driving greater cloud adoption is the need to improve customer experience and in-house development capacity, the growing reliance on cloud enterprise resource planning and the growing availability of cloud regions or data centers. Interestingly, it was highlighted during the briefing that Southeast Asian governments are also keenly aware of the benefits of being in the cloud, with their push for cloud adoption through government mandates and initiatives. 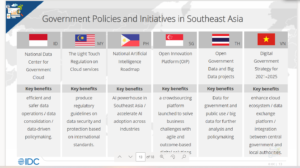 For instance, Indonesia has the National Data Center for Government to promote data-driven policymaking and safe and efficient data operations. Malaysia, which is in the midst of a government-initiated digitalisation journey, has instituted the Light Touch Regulation on Cloud Services, while Vietnam has included cloud adoption under its larger Digital Government Strategy for 2021–2025.