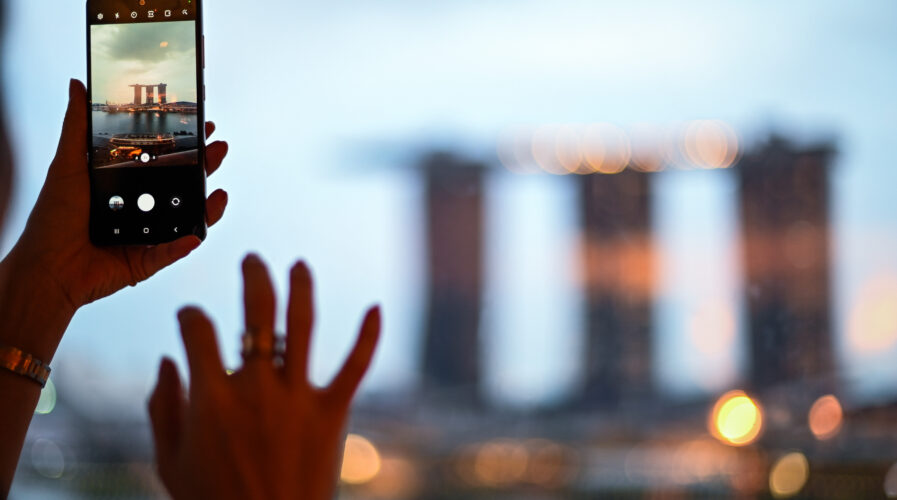 Having a content management system that is seamless is a prerogative businesses need to ensure today. Given the importance digital content plays in creating value for an organization, be it through brand awareness or even e-commerce, not taking it seriously may lead to negative repercussions for an organization.

One company that has been ensuring the content management system remains seamless, be it in operations and access, is WP Engine. With over 1.5 million active websites on its platform and serving customers in over 150 countries, WP Engine is the world’s most trusted WordPress technology company.

In fact, 65% of all content management system sites use Word Press.  The WP Engine platform is inspired by small businesses, creative agencies, and global enterprises in keeping their brand, website, and business safe, performant, and built for growth. 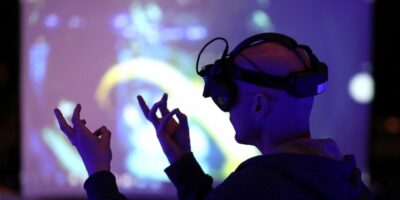 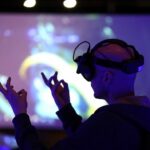 Building on the company’s accelerated success in the region since opening its Brisbane, Australia office in 2017, WP Engine launched n Singapore with new regional product offerings. Over the years, WP Engine has seen a spike in customer demand across Asia and specifically in Singapore, which is a beacon of technological innovation.

Most recently, WP Engine Agency Partner Chillybin worked with WP Engine and Fullerton Fund Management on a website redesign that led to a 53% increase in direct acquisitions. Establishing close relationships with Singapore-based brands and agencies is a strategic imperative for WP Engine as the company extends its WordPress platform, products, and expertise across Asia.

According to Fabio Torlini, Senior Vice President and Managing Director, International at WP Engine, 8% of the web’s traffic today hit one of WP Engine’s websites on a daily basis. With the focus more on the content management system of the B2B side of organizations, WP Engine hosts more of the top 1 million WordPress websites than any other company globally.

“We focus on the busier and more complex Word Press websites, specializing in delivering a high service level specializing in delivering very high security for all of our customers. We just launched our operations in Singapore as we have a nice foothold in Asia. We have some really good brands here and we want to build a team here that can focus on providing a localized service and sales experience to agencies and customers,” explained Torlini in an interview with Tech Wire Asia. 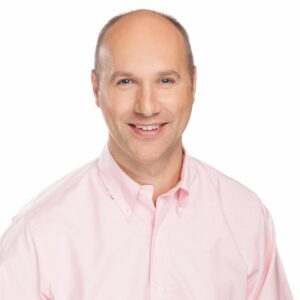 With data sovereignty concerns being highlighted by most businesses in this part of the world, Mark Randall, Country Manager for Australia and New Zealand at WP Engine also pointed out that the investment expansion in Singapore would be able to address data sovereignty concerns as well as performance. Together with launch partners and a number of other agency partners that they’ve been working with there are already several interesting projects.

“Aside from the growth of e-commerce and our headless WordPress hosting offering, we’re really seeing that in the current economic environment, a lot of brands and agencies are turning to WordPress, as a more cost-effective and more agile way of getting digital experiences built and out to market. And that’s something that we’re very focused on with the platform,” commented Randall.

One of the reasons why WordPress is cost-effective is because it is open source and doesn’t come with the licensing and implementation fees that are associated with proprietary traditional offerings. For example, Volvo was able to save about 50% of their build cost and time for a driveway price calculator by doing it in WordPress instead of their existing content management service that was powering their .com site.

In terms of cybersecurity, WordPress has over a million websites on its platform currently. This means cybersecurity is at the core as Randall highlights that the company takes responsibility for essentially guaranteeing its customers the security of those sites so that if there ever was an issue, WP Engine would address that at time and cost.

“And, you know, through an acquisition, we were also able to build a smart plugin manager that automatically updates plugins, as well as rolling them back if they fail or cause an issue with the site. And the reason that’s important is that over 50% of security breaches with WordPress, typically come through third-party plugins. So that proprietary technology that we’re able to put on top of the open-source platform enables us to offer a higher level of security,” added Randall. 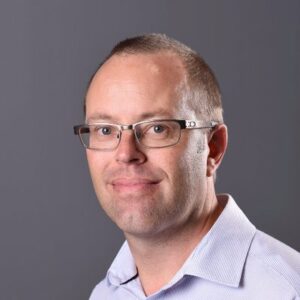 Going back to their expansion in Singapore, both Randall and Torlini stated that apart from the demand for more services as well as meeting data sovereignty requirements, another reason for the expansion was to connect with their partners and the developer community.

For Randall, as there has been a global shortage of tech talent, the support of their partners has been paramount, especially in Asia. And while the tech talent shortage affects everyone, WP Engine has been able to build a strong team in the region to deal with this. With the expansion in Singapore, WP Engine hopes to help some agencies in the region that are more acutely impacted by shortages, by getting partners to work with other partners.

“We’ve been very successful in building out our partner network in bringing partners together because they all have their own skills, strengths, and specialisms. So, if we have, a partner in one region that specializes in providing good development services to other agencies, then we’re in a very strong position to be able to, help bring them customers and vice versa. So that’s definitely something that we see ourselves playing a bit of a role in moving forward,” stated Randall.

Borini also mentioned that the WordPress community plays an important role as well.

“As an open source community, it is important to us as business owners. We invest heavily in the community in both contributing to WordPress itself. It also helps develop talent and bring talent through to the WordPress community. And we’ve got a really good team in place in terms of being able to bring graduates on board within the organization and pull that talent throughout the organization as well as to train them up into entry-level support roles through to engineering roles and so on as well,” added Torlini.

During the conversation, both Torlini and Randall also spoke about how businesses, be it large or small are looking into two key areas in their development. The first is automation, especially with resources like a talent being scarce. Both enterprises and SMBs are trying to save time, and from that perspective, Randall said that enterprise companies are more focused on support and security.

But even so, the demand for automation is growing and this is where WP Engine comes in. A key part of their platform is the development tools that can be used to build quickly. For example, the WP Engine Atlas product can be more complex built as it is not templatized as WordPress.

“What we’ve done is we built blueprints within our Headless solution to enable agencies to have a standard site, which they can actually then build that as a base and allows them to accelerate that builds. From the SMB side, we’ve purchased a number of companies across the year, which allows us to deliver a whole bunch of tools for SMBs to build sites quickly and effortlessly on our platform,” said Randall. 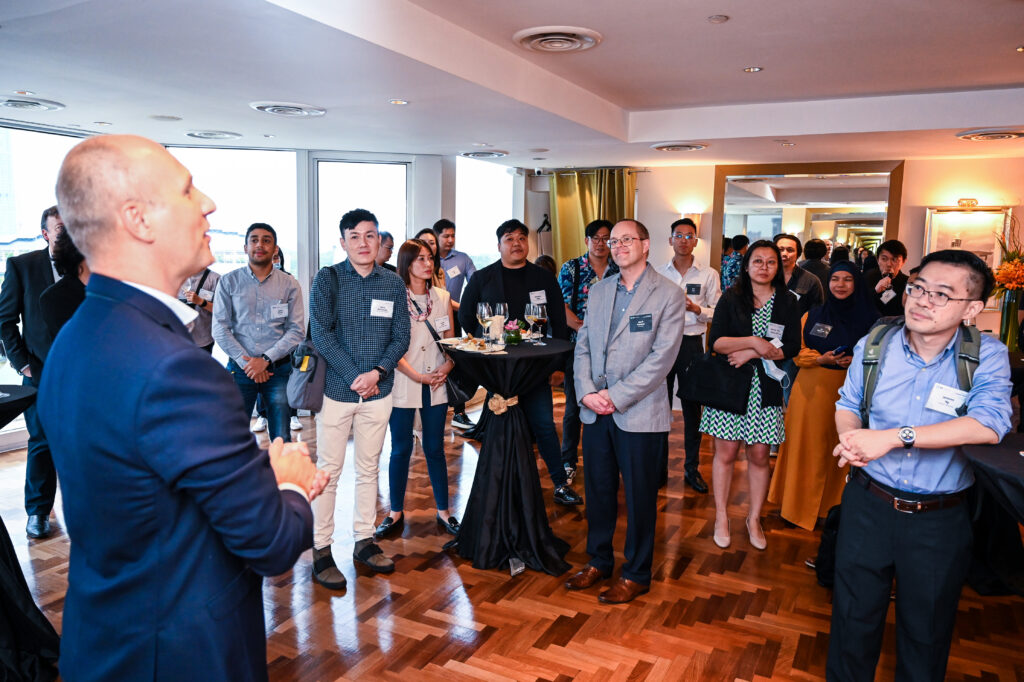 At WP Engine event in Singapore

Another interesting area in which most businesses are looking into today is the metaverse. As more investment is being poured into this, WP Engine is also ensuring they are part of the development. While Randall acknowledges that it is still a very stage of actual deployment and implementation of real situations, the reality is the world is slowly getting there.

“WordPress has two key strengths, one as a content creation platform and we’ve been doing some innovation work around how we can deliver content to the metaverse using WordPress. The second area where we think WordPress has a very strong role to play is as a really great integration platform. Because it’s an open-source technology, it’s incredibly easy to integrate with other technologies. And other technology vendors always want to integrate with WordPress because of its market share. So as we move towards more loosely coupled systems in general, WordPress has a role to play as a content creation engine,” mentioned Randall.

He added that the work that they’re doing around Headless WordPress is very much directed at delivering content through the types of omnichannel experiences and that was very easily extensible out to metaverse.

“I think the foundations are there in place but in terms of an actual product roadmap that’s probably a little bit further down the line,” concluded Randall.