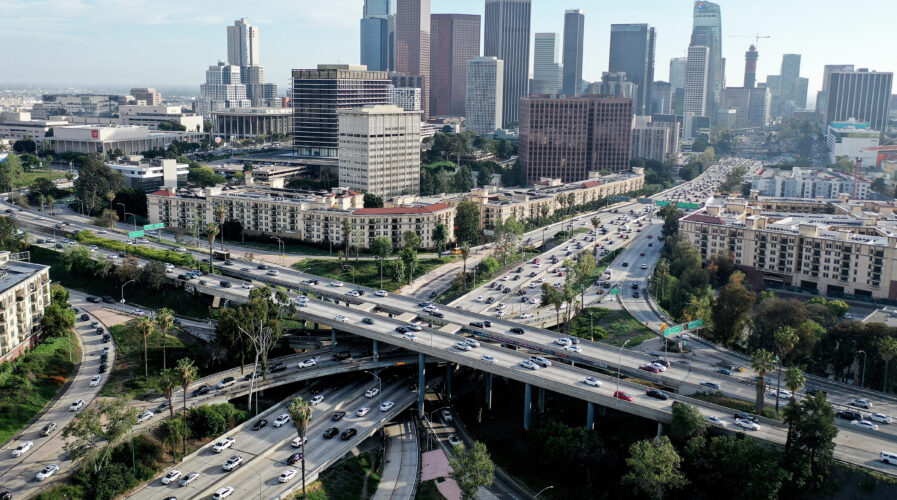 The last eight years have been the hottest on record, according to a new report released at the COP27 climate conference in Egypt in November. Meanwhile, digital traffic on broadband networks is growing by 30-50% a year, as nearly every sector of the economy deepens the reliance on ICT sparked by the digitalization of industry and consolidated by the Covid pandemic.

More data traffic, more electricity consumption, and growing carbon emissions. Yet society is unlikely to sacrifice the benefits of connectivity to achieve a lower carbon footprint.

How can these seemingly conflicting forces be reconciled?

What gets measured gets managed

Governments around the world are looking at potential policy approaches to reduce CO2 emissions by network operators. In December 2020, the French regulator, ARCEP, launched a proposal to incorporate environmental factors into its telecom network performance indicators, starting in 2021. Guidelines issued by the ITU in 2020 say the ICT industry should cut its emissions by 45% by 2030 to comply with the 2015 Paris Agreement. 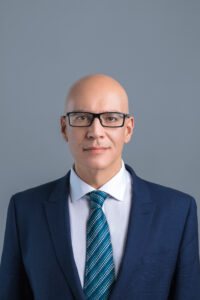 Until recently, there has been no internationally agreed standard for measuring the relative energy efficiency of different telecoms networks.

That changed in October 2022, when Recommendation ITU-T L.1333 created an industry first by offering a uniform measure for the development of a green ICT industry. Known as the Network Carbon Intensity Energy (NCIe), this new KPI applies not just to individual pieces of telecom equipment, but to the whole network.

It aims not only to reduce electricity consumption but also to promote greater use of green energy sources while improving energy utilization. Developed by the ITU in consultation with industry players including Huawei, the standard demonstrates a commitment to measurement and a benchmark for reducing energy consumption.

“We write standards on energy efficiency for assessing technology for equipment [and] for networks, but also standards on common solutions to avoid emissions such as the L1333 (NCIe),” Paolo Gemma of the ITU-T explained at COP27. “Another example of one of our latest standards is L1480, which is what we call an enabling effort. It is the first standard that tries to calculate the impact of ICT in other sectors.”

From footprints to handprints

Most people know the Carbon Footprint, commonly defined as the total greenhouse gas (GHG) emissions released into the atmosphere. But increasingly, experts are talking about the Carbon Handprint, a measure aimed at showcasing the positive effect one’s actions can have on the environment. The Carbon Handprint of ICT is estimated to be sizeable. Anders Andrae, a climate researcher at Huawei’s 2012 Labs, estimates that the emissions reduced by digital technology are roughly 11x greater than the technology’s direct carbon footprint. ICT’s deployment is therefore vital in the fight against climate change.

The NCIe will prove invaluable to the telecoms sector and other stakeholders in maximizing ICT’s Green Handprint while identifying energy savings and efficiencies in telecom network operations. Using green energy sources, such as solar photovoltaic panels, is arguably the biggest opportunity for ICT players to reduce their greenhouse gas emissions. In addition, the telecoms sector is shifting its focus from reducing absolute energy consumption to enhancing energy utilization efficiency, meaning energy usage is optimized so that every bit of energy can be used precisely to support demand, thereby reducing CO2 emissions while potentially lowering operating expenses. 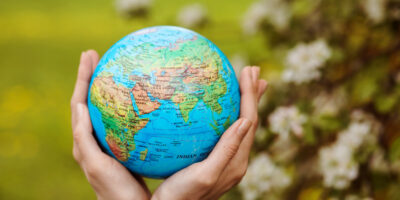 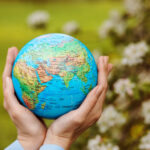 It’s not easy being green

While the Carbon Handprint will help, the exponential growth of ICTs and their associated infrastructure (such as data centers) has been a climate change concern. Only a few years ago, forecasts suggested that growth in the digital economy could become a serious impediment to mitigating climate change. Based on research by the International Energy Agency (IEA), the data centers and data transmission networks that underpin digitalization accounted for around 300 Mt CO2-equivalent in 2020 (including embodied emissions), equal to 0.9% of all energy-related GHG emissions and comparable with the entire airline industry.

Reducing the GHG emissions of data centers is crucial. Huawei’s contributions to innovative computing center solutions use a steel prefabricated design, which marks a big step towards green and low-carbon data center construction and operations. This solution uses less concrete and offsets carbon emissions in the construction phase by more than 90%.

Society’s collective use of mobile and fixed broadband networks also generates GHG emissions. Indeed, according to Informa Tech data, global consumer data traffic from cellular and fixed broadband networks will grow at a 29% compound annual growth rate (CAGR) between 2018 and 2024. This will reach 5.8 million petabytes (PB) of data in 2024 – the equivalent of every person on the planet uploading over 6,700 photos per day – up from around 1.3 million PB in 2018.

Yet according to a report for the Global Enabling Sustainability Initiative (GeSI), ICTs have the potential to reduce global CO2 emissions by 20% by 2030. The “enabling effect” holds potential for real change in the coming years.

Summing up the potential of green ICT industry, Dennis Pamlin, founder of 21st Century Frontiers, said “Digital solutions are probably the most powerful tool humans have ever created, more powerful than fire.”