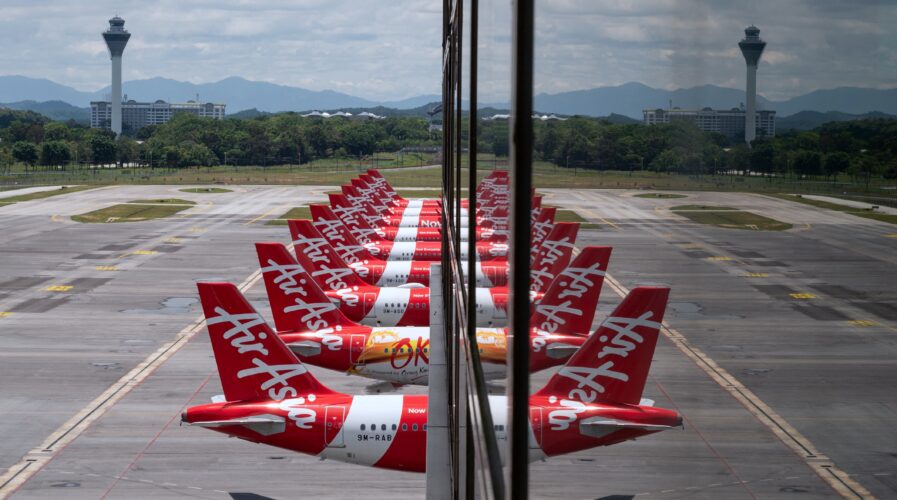 ‘No one like delays’: AirAsia wants to address flight conundrums with AI.(Photo by Mohd RASFAN / AFP)

‘No one like delays’: AirAsia wants to address flight conundrums with AI

Everyone, especially those in Asia, knows AirAsia — the low-cost airline that has undeniably redefined travel by making it very affordable to fly. That also means the volume of passengers the budget airline serves is tremendous — often more than other commercial airlines on a daily basis. What comes hand in hand with that, however, are typical flight conundrums — delays, cancellations, rescheduling, and even worse, overbooking.

For airlines, one tiny mishap can often lead to a domino effect. It’s likely that anyone who has been a budget airline passenger will have dealt with the issues. However, what irks passengers is the way those issues are dealt with, or not dealt with at all. Responding to Tech Wire Asia on the sidelines of the AirAsia community vision launch on Monday, Capital A CEO Tony Fernandes admits that the airline could do better with the way it handles flight-related issues, especially with travelers affected.

“(Imagine) you haven’t used your body to do anything for almost three years and then you finally do. (Resuming airline operations) is not like opening a mini market. We are talking about 200 planes with 20,000 staff, right? So certainly, there’s going to be teething issues,” Fernandes said. He also added that even though aircrafts have been serviced, there would still be “little bits and pieces that goes wrong”.

“It is going to take six months to get all these things sorted out. On top of that, we don’t have a lot of spare planes right now. Last time, we would have two or three spares. But, once we have our full fleet of planes in six months, then we would go back to our normal. However, this is a ‘monster machine’ that we’re bringing back, so hiccups are inevitable,” he noted. 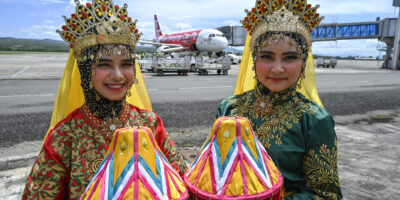 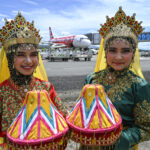 However, considering how the budget airlines have been aggressive on digitization efforts, TWA asked if AirAsia has any plans to use the right technology to better deal with flight dilemmas, especially on the customer front. To which Fernandes replied, “No one understands that it is the low-cost carrier that is impacted the most.  We are operating on tight margins and at the same time we want to provide the cheapest fare.”

He added that his team is working very hard to deal with the situation better. “We have a messenger, and a new service along with it that we will be launching soon. It will allow for a lot more interaction,” he said, reiterating that he is very confident that within the next six months, the situation will ease and resume normalcy.

He also noted that AirAsia is trying to incorporate artificial intelligence when it comes to weather predictions. “If we can predict weather through AI, we can begin to predict some of the delays and begin to alert people earlier. So, currently we are working towards that,” Fernandes shared.

“But going forward even when we get everything ready, there are still going to be delays but it is about how we will manage those delays and I know technology will help for sure. The messenger is one of them — if we can get a message out straight away, it will keep people better informed. After all, the worst thing about delay is not knowing what’s happening, so we want to really use technology to communicate better,” he concluded.

Separately, Fernandes also responded to queries regarding the recently reported data breach, highlighting that the group is currently 90% on the cloud, which will soon change to 100%, so data concerns are not an issue at the moment. “We really don’t want to give publicity to the bad actors, but we are pretty comfortable with our protocols, we are doing everything it takes to try and stay ahead of the curve because they (bad actors) are always evolving.”

“Cybersecurity is a marathon, no one can say they are 100% safe, it is work every day. But we will mitigate, improve, and adapt because these guys are smart,” he concluded.

To recall, AirAsia Group fell victim to a ransomware attack earlier this month on Nov 11 and 12. The attack is believed to have been performed by the Daixin Team. Apparently, AirAsia did not attempt to negotiate over the price, which could mean they never intended to pay anything.