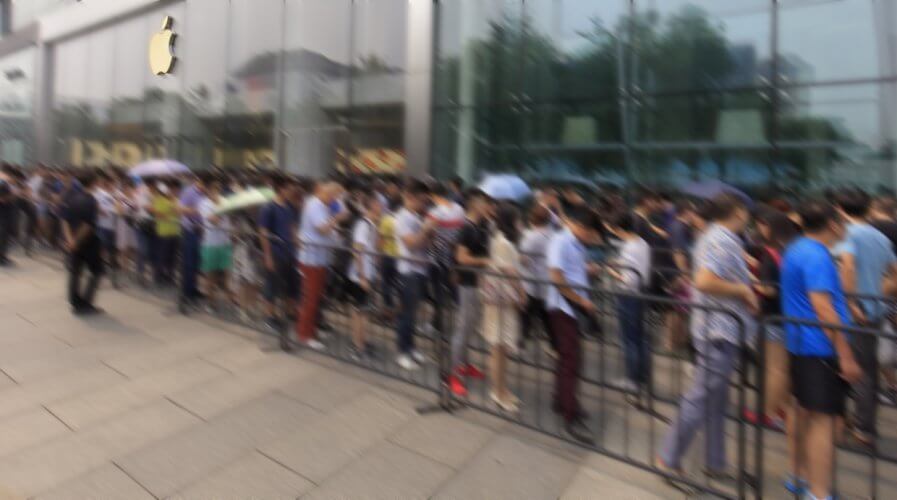 Will the stampede to Lazada’s Apple offers be sustainable? Source: Shutterstock

Why Lazada’s cheap iPhone X offer may not last

While the availability of cheap iPhone Xs and MacBooks will cause some headlines and more than the usual background radiation of clickbait across the Internet, Lazada’s adoption of Apple shows its seriousness in wishing to capitalize on its market position.

At the same time, Lazada’s move highlights one of the problems faced by both Lazada and its fiercest competitor, Amazon, in its key markets of Indonesia, Malaysia, Philippines, Singapore, Thailand, and Vietnam.

The big online retailers have struggled across the globe to be associated with high-end brands. Consumers have always associated mass online retail with lower-than-average prices, due in part to the operators’ Route One marketing messages historically: to paraphrase, lack of traditional physical presence in shopping centers equals lower costs which can be passed on to grateful consumers.

The dichotomy being played out online with luxury brands is obvious, therefore: high-end goods are only high-end because their primary distinguishing feature is an inflated price. The actual manufacturing cost of an iPhone X isn’t that different from the cost of producing a Vivo or Oppo, and the finished products do the same things (more or less). The difference in eventual price is caused by quite different forces.

Many high-end brands are actively eschewing the mainstream online e-commerce platforms, and are taking steps to prevent others doing so on their behalf. There are reasons for this which are deeply ingrained in our consumerism and susceptibility to advertisers’ messages.

Apple is very much repositioning itself globally as a purveyor of luxury, lifestyle items rather than a technology company. Many of its hires for senior roles are coming from fashion brands and labels seen as aspirational. Apple knows its products’ technological features may not differentiate it enough from its tech competitors forever, so instead, it sells perceptions of attainable lifestyles which are reached by acquisition.

Shiny Thing make it all better

Lazada and Amazon are clearly not foolish enough to attempt to follow Apple’s lead in only offering high-end, aspirational objects of desire. Both companies are pushing membership schemes and models of commerce which encourage repeat purchases of multiple, low-value items in order to keep cash flow healthy. Meanwhile, the discounted prices of staples like books continue, as do price comparison mechanisms of, well, just about anything.

But in order to increase overall market dominance, online retailers need to place themselves into consumers’ consciousnesses as the purveyor of everything: need a car? Go to Lazada. Groceries? Lazada. Need a phone to impress your friends? Lazada.

There is an element, of course, of companies like Amazon, Lazada, and Flipkart undertaking live research on a basis familiar to digital marketers: A/B testing. That is, try several things at once, then optimize according to results. Amazon’s experiments recently with Whole Foods (price changes, possible quality variations) are a case in point.

It may, therefore, be that Lazada’s dalliance with Apple will be short-lived. Apple has a reputation worldwide for offering only the most miserly markups to third-party retailers. This is perhaps a legacy of the return of Steve Jobs to Apple when he shut down the Mac-cloning projects involving names of yesteryear like Radius and Motorola.

The current discounts on Apple hardware of 20 percent and the like therefore may be short-lived, but for a variety of reasons, not just because they’re “introductory”. They are probably loss-leaders and more of a statement of intent than a viable revenue stream.

The Apple shop-in-a-shop on Lazada officially launches today (8th December) in the Philippines, Indonesia, Thailand, and Singapore. This will be followed by Malaysia on Dec 11, followed by Vietnam.

Shiny thing make it all better.