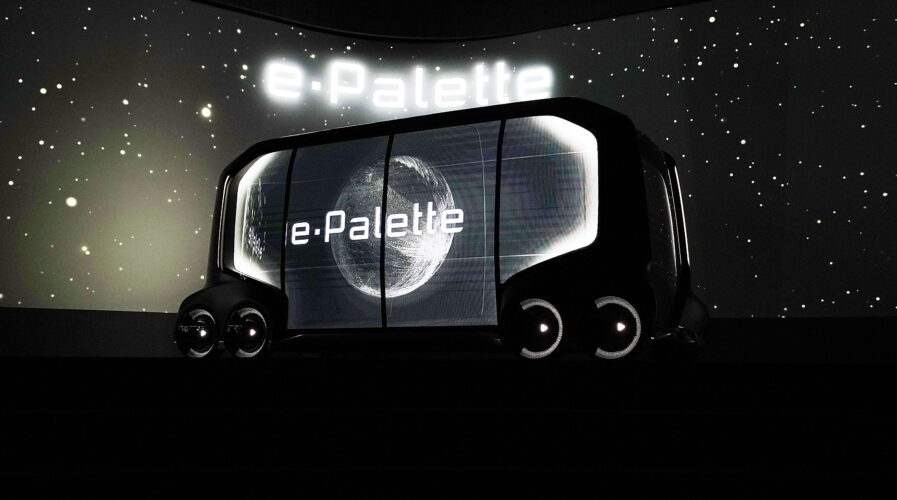 Fully autonomous vehicles seem closer to reality than ever before. There have been attempts and news that self-driving cars are being adapted for ride-sharing services. The surprising news is that soon enough, there would be cars ultimately morphing into a mobile office so people can work during their commute.

Perhaps the idea is to build cars with modular interior elements that switch into an office configuration when the car is driving itself. So long as you’re not actually behind the wheel, you can go ahead and get some work done. That’d be great. Right? Well, for Toyota Motor Corp, it may soon be a reality.

The Japanese multinational automotive manufacturer is aiming to commercialize an autonomous shipping-container-like vehicle within a few years. The vehicle can be adapted to a wide range of uses that include roving office, ride-sharing, logistics, and mobile shops. Known as e-Palette, the vehicle is a large transparent, driverless oblong carriage on wheels that are powered by a battery. It can accommodate up to 20 passengers, with seats that fold up and allow the space to be re-purposed.

From concept to reality

It began as a concept vehicle, announced at the 2018 Consumer Electronics Show by Toyota President Akio Toyoda, who said it is a symbol of how he is trying to transform the world’s second-largest automaker into a mobility company. The Japanese carmaker then sought to showcase the e-Palette at the 2020 Tokyo Summer Olympic Games, where over a dozen of the vehicles, running on automated loops, were to be used to transport staff and athletes around the Olympic village. 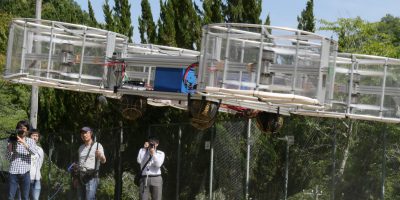 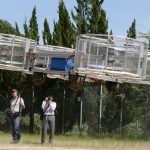 Then Toyota Connected Company President Keiji Yamamoto said on Tuesday, “We received a lot of inquiries from people wondering about the fate of the e-Palettes after the Olympics were postponed.” That said, Toyota now plans to make the e-Palette commercially viable within a few years.

Yamamoto said the company has continued to develop the vehicles, sensing a growing demand for them as the pandemic heightens people’s desire to avoid close contact with others and have services and goods come to them. “We’re receiving a lot of interest in the potential of e-Palette vehicles for delivery and shuttle services” and beyond that, there’s “a tremendous amount of interest in actually using them as mobile stores and roving offices,” he said.

According to a Bloomberg report, one of the first places the general public will be able to see the e-Palettes in action is in the 175-acre hydrogen-powered city that’s planned at the base of Mt. Fuji. The vehicles will transport the so-called Woven City’s initial 360 residents around, as well as provide mobile retail and delivery services. In Toyota’s “prototype city,” the company will continue to test and evolve the e-Palette with lessons from real people, Yamamoto said.

According to Toyota, the vehicle would come with an open control interface to allow partner companies to install their own automated driving system. Technology providers can receive open Application Programming Interface (API) such as vehicle state and vehicle control.