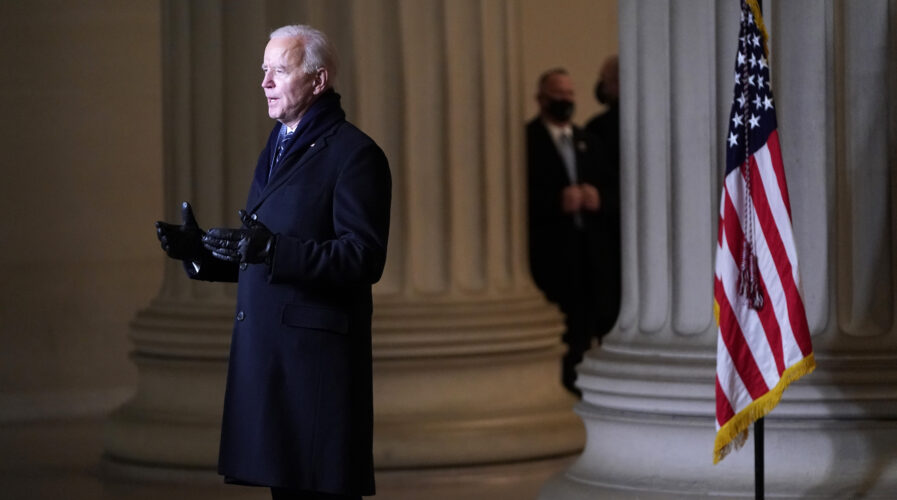 3 tech trends the new US president will look to remedy. Joshua Roberts-Pool/Getty Images/AFP

3 tech trends the new US president will look to remedy

Within his first hours as the 46th president of the United States (US), Joe Biden struck at the heart of President Donald Trump’s policy legacy, by signing a series of executive actions that would reverse his predecessor’s orders on a swath of topics like immigration, climate change, and the handling of the Covid-19 pandemic.

On top of that, Biden is inheriting various tricky technology affairs, such as what to do about Chinese tech, how to rein in the tech giants, and how to resolve the everpresent threats to the US cybersecurity space.

Truth be told, it is perhaps accepted that the tech standoff between the US and China will likely continue under Biden’s administration, perhaps softened by subtler intonations to mask underlying deeper grievances.

“The best China strategy, I think, is one which gets every one of our – or at least what used to be our – allies on the same page,” Biden told The New York Times last month. “It’s going to be a major priority for me in the opening weeks of my presidency to try to get us back on the same page with our allies.” Basically, what the incoming US president meant is his “goal would be to pursue trade policies that actually produce progress on China’s abusive practices – that’s stealing intellectual property, dumping products, illegal subsidies to corporations.” 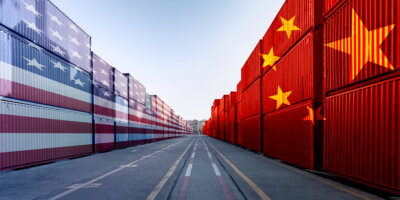 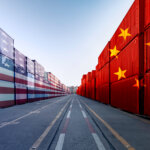 Echoing that notion, Biden reiterated on December 29 that, “As we compete with China and hold China’s government accountable for its abuses on trade, technology, human rights, and other fronts, our position will be much stronger when we build coalitions of like-minded partners and allies.”

It is also important to note that he has indicated that he will not immediately abandon the “phase one” bilateral trade agreement reached last year, or remove the 25% tariffs that now affect about half of China’s exports to the United States.

To put things into context, in the last two years, the proportion of Chinese exports to the US subject to additional tariffs has soared from a nearly insignificant share to over 70%. And the share of US exports to China subject to tariffs has skyrocketed, from 2% in February 2018 to more than 50% two years later.

Over the same period, the US has implemented 11 rounds of sanctions against Chinese entities. To top it off, last month, an additional 59 Chinese enterprises and individuals were included in the US Department of Commerce’s list of export-controlled entities brought the total to 350 — the most for any country.

Market experts are suggesting instead of upholding Trump’s confrontational China policy, Biden should accept China’s central role in the global economy, and pursue a mutually beneficial, nondiscriminatory trade agreement. Since the Biden administration promises a fresh start for the US and its relations with the world and to fulfill it, he must end his predecessor’s disastrous trade war against China.

On antitrust issues though, Biden has said little specifically about how he intends to address issues in Silicon Valley, but he did promise throughout his candidacy that he would take on growing economic concentration and monopoly power. He also named several lawyers to his transition team, that had worked on antitrust cases during the Obama administration.

While campaigning last year, Biden said that he plans to work with David N. Cicilline, who led a prior investigation that found that Amazon, Apple, Facebook, and Google had engaged in anti-competitive tactics. In fact, a recent report from the American Economic Liberties Project, an anti-monopoly group led by a member of Biden’s transition team, called on the incoming Justice Department to commit to “seeking a Google breakup.”

The report recommended broad changes to laws that would punish big companies, such as making it illegal for Amazon and Google to give greater preference to their own products over competitors’ merchandise on their platforms. The recommendations also included expanding federal regulators’ powers to block future tech mergers.

Those recommendations could serve as a blueprint for legislation in the coming months. However, it remains to be seen how much of a priority antitrust policy will be in the new Congress, as lawmakers also grapple with the coronavirus pandemic, the economic crisis

Now more than ever, cybersecurity impacts the national, economic, and even the healthcare security of the US. It was seen, prior to the inauguration, how nation-states were attempting to either influence or directly interfere with the democratic processes not only in the US, but with its APAC allies as well. To make it worst, nation-states were engaging in malicious cyber activity to shut down election infrastructure, as well as using social media to sow discord, by creating the perception that the integrity of the elections would be compromised.

Given all the challenges, it is timely for Biden to make significant strides forward in the next four years, by having the private sector and the US government work hand-in-hand to develop a sturdy, nationwide cybersecurity foundation. The best way forward is by building on the successes of the past. with an awareness of the nation’s cyber vulnerabilities, while confronting the challenges in the present. Because repercussions to the US tech landscape will reverberate around the rest of the world as well.