Not everyone agrees with him, but few would deny his entrepreneurial prowess. Source: Shutterstock

What entrepreneurs can learn from Elon Musk

In the latest Bloomberg Billionaire Index, Tesla and SpaceX CEO Elon Musk is finally being recognized as the world’s richest person with a personal net worth of around US$195 billion. That’s US$10 billion more than fellow techpreneur and former world’s richest man, Amazon CEO Jeff Bezos, who drops to second place with a net worth of US$185 billion.

In recent years, Musk has been hailed as both a visionary and an eccentric. Some of his revolutionary business concepts are still struggling to find their audience, while others are literally crashing and burning. But his leadership and innovative management style, along with his persevering attitude towards entrepreneurship, appeared to be recognized last week when the stock price of his electric vehicle (EV) firm Tesla ballooned eightfold over the past year to make Musk unofficially the richest person around.

Tesla is now the most valuable auto company in the world ahead of the likes of Toyota and Volkswagen, worth over US$750 billion, generating US$165 billion for Musk as a 20% shareholder. But Tesla doesn’t pay dividends and most of Musk’s wealth is tied up in Tesla, SpaceX, and the Boring Company, his under-city tunneling project.

After successful stints at online guide company Zip2 and then PayPal, Musk poured most of his resources into Tesla, his startup EV company, at a time when electric cars were not commercially widespread. This sort of risk-taking behavior is emblematic of Musk’s entrepreneurial approach: a good idea is worth pursuing, despite no existing proof-of-concept.

Elon Musk demonstrated that a good risk was worth repeating for an idea that you believe, employing the same strategy to start SpaceX – which finally launched its mission statement last year, the first privately funded manned space flight. While there are many obstacles to Musk’s management style, and production goals might sometimes seem like an elusive target, there is often enough forward momentum to justify investor confidence in such lofty enterprise goals.

Next, focus on an overall strategy rather than individual tactics. From the start, Tesla vehicles were designed to conquer the mass market. It started with luxury cars, competing with Mercedes and Jaguar, but only because that was the simplest place to begin. 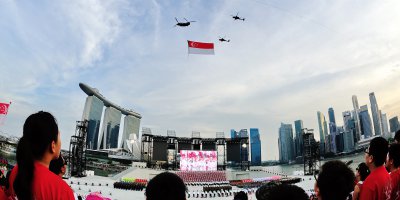 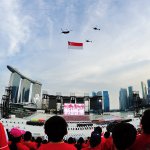 WHY THE SINGAPORE TECH SCENE HAS ENTREPRENEUR APPEAL

As it built up expertise, and production capacity, it always planned to deploy those to make affordable electric vehicles for everyone. But Elon Musk and Tesla stuck to the long-term goal when it would have been easier to retreat into a niche.

Similarly, SpaceX has fulfilled long-term plans that require a lot of capital expenditure to make a reality, but the risks are still there. What is clear is that Elon Musk has the ability to imagine big, and the willpower to follow through – a valuable lesson for any enterprising entrepreneur.