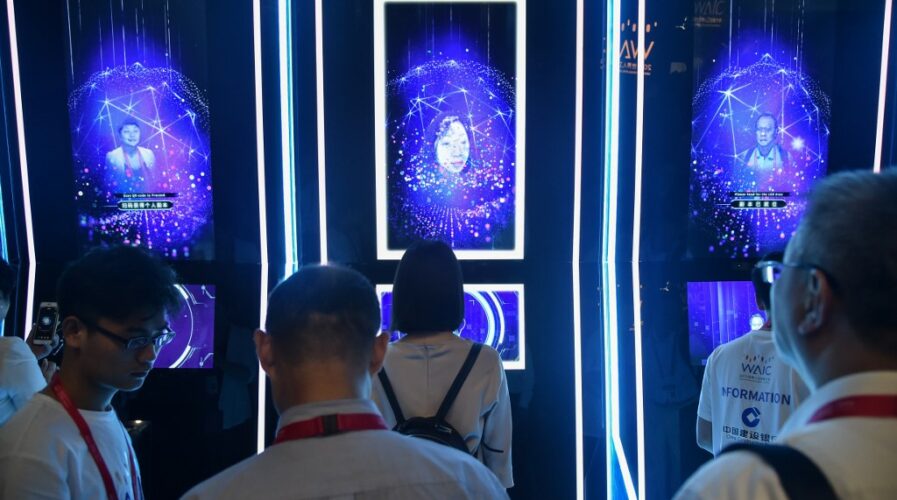 The US is leading rivals in development and use of AI while China is rising quickly and the EU is lagging, a research report showed. Source:AFP

Which country leads the innovation charge in AI research?

The prevalence of artificial intelligence (AI) applications in many a tech-driven aspect of our daily lives (everything from driving sustainable agriculture to powering a range of smartphone features) would not have been pronounced if not for the research that went into understanding AI abilities and harnessing them to enhance self-driving cars or mobile apps, to name a handful of use cases.

These are powerful, yet functional roles that can be easily comprehended. What’s perhaps more exciting is AI’s growing potential in sourcing and producing new creations and ideas, from writing news articles to discovering new drugs — in some cases, far quicker than teams of human scientists would have been able to do.

New discoveries and understanding of AI capabilities are ever-evolving, much like the technology itself. Hence many national and private interests are charging ahead with AI research and development in a dizzying assortment of fields, from intelligent automation and robotics to AI-powered databases and systems of national importance.

On a national level, the United States has distinguished itself as the foremost nation in AI research, leading other technology opinion leaders in the development and use of artificial intelligence, according to a new research paper examining the top AI research programs globally.

The study by the Information Technology and Innovation Foundation (ITIF) assessed AI using 30 separate metrics including human talent, research activity, commercial development, and investment in hardware and software – with a score assigned to each metric for each region, on a 100-point scale.

The non-profit researchers relied on 2020 data on the topic, and discovered that the US is blazing new territory in key areas such as investment in startups and research and development funding, scoring an overall score of 44.6 points.

The US has been pioneering research into AI and its associated disciplines such as machine learning and neuro-linguistic programming, with its findings from both public- and privately-funded research being used to power a wealth of applications, from autonomous vehicles to educational modules.

But according to the ITIF study, China has made major strides over the past few years, and the government has already made AI a growth priority for the country in the wake of its coronavirus response, along with 5G telecommunications capabilities.

By focusing its considerable resources on an AI game plan, China is not too far behind the US in the ITIF paper with a score of 32 points, while the European Union as a whole brings up the rear with 23.3 points on the 100-point scale.

“The Chinese government has made AI a top priority and the results are showing,” noted Daniel Castro, director of the think tank’s Center for Data Innovation, and the lead author of the report. “The United States and European Union need to pay attention to what China is doing and respond, because nations that lead in the development and use of AI will shape its future and significantly improve their economic competitiveness, while those that fall behind risk losing competitiveness in key industries.”

The report found China published some 24,929 AI research papers in 2018, the latest year for which data was available, to 20,418 for the European Union and 16,233 for the United States. The EU lagged notably in venture capital and private equity funding, but fared better than the industry leader in terms of research papers published.

However, the report highlighted how the “average US research quality is still higher than that of China and the European Union”, concluding that the US “is still the world leader in designing chips for AI systems.”