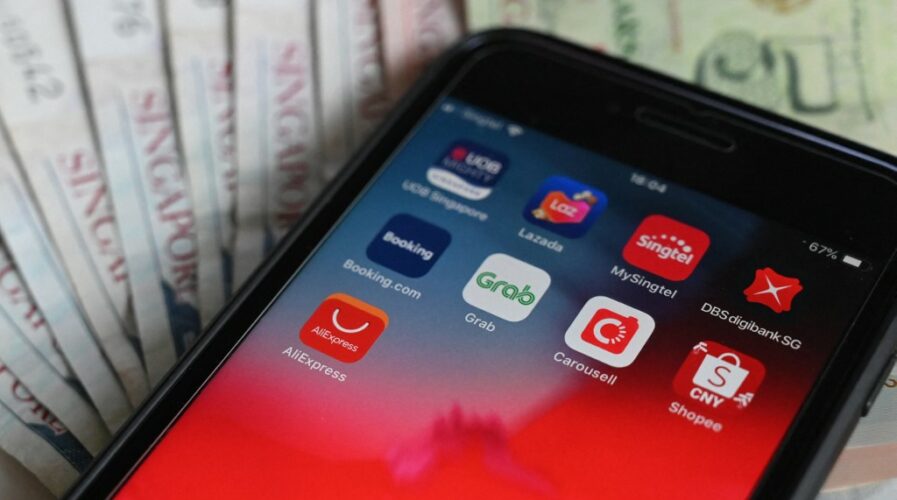 The APAC region has seen a massive jump in downloads of fintech apps, showing strong support for fintech to grow in the region. (Photo by Roslan RAHMAN / AFP)

The State of Finance App Marketing tracked data on finance app usage across the globe, across five categories of apps. They include digital banks, traditional banks, financial services, loans, and investments.

It was found that there were over 1230 fintech apps available in APAC, and marketers have spent US$ 244 million to acquire new users in 2020 alone.

India and Indonesia, together with Brazil, make up almost half of global fintech app downloads. This is not surprising, given that these mega developing markets comprise massive numbers of unbanked and underbanked customers, especially in Indonesia.

Whilst investment apps tended to be the most popularly downloaded across the region, Indian users had a clear preference for financial services, which made up over 80% of downloads. However, the market still continues to be dominated by e-wallet apps.

Indonesians, on the other hand, over 75% of users have downloaded apps for either financial services or lending. This ties in with the trend seen in Indonesia where there is a large market of millennial SMEs and startups that can be served by the fintech sector.

Furthermore, the merger of unicorns Gojek and Tokopedia may bring good tidings to enterprises as a whole as fintech services are planned to roll out under them.

In the Philippines, however, there was a 20% drop in lending apps and installations between Q1 2020 and Q1 2021. The Philippines is still a developing economy for fintech, with a growing presence of digital banks.

Fintech apps still at risk of being targeted by cybercriminals

Nevertheless, on the whole, the SEA region has seen a 20% y-o-y reduction in fraud rate. Across APAC, bots are responsible for the majority of fraudulent installations in SEA and Japan, whereas India and South Korea are plagued by click flooding.

Key takeaways for enterprises in the region

The rapid growth of financial app installations in the APAC and SEA regions generally reflects the changing finance and banking landscape, as well as consumer demand, in these regions.

Digitalization and the pandemic have also rapidly catalyzed consumer demand for digital services, which contributes to the growth of startups and SMEs.

Additionally, the SEA region, in particular, promises huge potential in consumer adoption of consumer fintech services as it is home to over one billion underbanked and unbanked customers.

Furthermore, regulators are far more amenable to handing out more digital banking licenses in countries such as the Philippines, Malaysia, Indonesia, and Singapore, making it far more conducive to start fintech services here.

All these together present an opportune moment for more players, including investors to enter the fintech market and promote continued innovation to bring personalized services to individual and enterprise clients together.