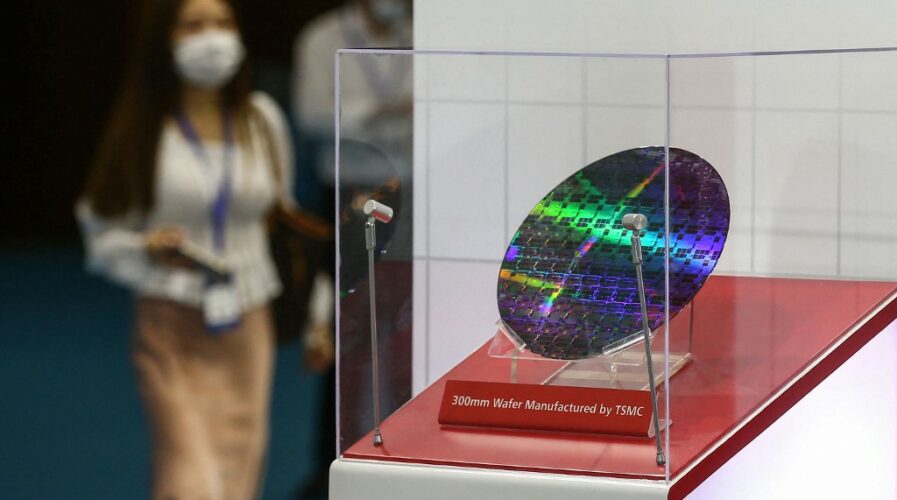 A chip by Taiwan Semiconductor Manufacturing Company (TSMC) is seen at the 2020 World Semiconductor Conference in Nanjing in China’s eastern Jiangsu province on August 26, 2020. (Photo by STR / AFP) / China OUT

Japan has signed off on a US$338 million semiconductor research project to develop cutting-edge chip technology in the country with the market-leading Taiwan Semiconductor Manufacturing Company (TSMC). Taiwan’s chip-making plants are among the largest and most advanced in the world, and the project is intended to boost Japan’s competitiveness in a key sector.

The move comes as global industry grapples with a global semiconductor shortage that has hampered the manufacturing of numerous products, particularly autos. A forecast by the automotive and industrial practiceAlixPartners said the ongoing semiconductor shortage will cost the global automotive industry US$110 billion in lost revenues this year, up more than 80% from the consultancy’s late-January estimate of US$61 billion. The group also estimated that the production of 3.9 million vehicles will be lost in 2021 as a result of the shortage.

Around 20 Japanese companies will work with TSMC in the project worth 37 billion yen (approx. US$337 million), with the government paying just over half of that, an official from Tokyo’s Ministry of Economy, Trade and Industry told AFP on Tuesday. The research will focus in particular on tech for 3D chip assembly, allowing the creation of components that are more dense but still small.

A pandemic-fuelled surge in demand for home electronics that use semiconductors has throttled chip supplies – a crisis deepened by a US cold snap, a drought in Taiwan, and a fire at Japan’s Renesas manufacturer. Semiconductors are an essential part of modern tech from smartphones to games consoles and new cars, with the auto industry one of the hardest hit by the shortage.

Construction will begin this summer on research facilities at the National Institute of Advanced Industrial Science and Technology in Tsukuba, near Tokyo, the official said, with the project due to kick off in 2022. The Nikkei newspaper reports that among the Japanese companies that will be involved are chemicals firms Asahi Kasei, Mitsui Chemicals and Sumitomo Chemical, as well as electronic component maker Ibiden Co.

TSMC accounts for more than half of the world’s semiconductor foundry market in 2020 and this year, a variety of industries are scrambling for the company to resolve the semiconductor chip shortage in the global auto market, in consumer electronics, smartphones, and many others. The foundry had previously revealed that it has record levels of capital expenditure of up to US$28 billion this year as its factories work beyond capacity to meet heightened demand. 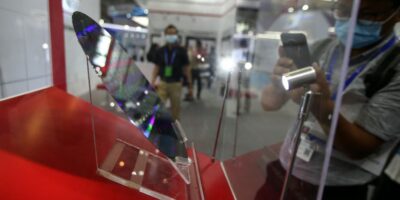 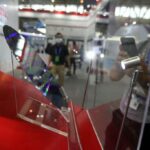 TSMC supplies almost all of the world’s major chip developers worldwide including Apple, Qualcomm, and Nvidia. TSMC and other chipmakers from Taiwan including United Microelectronics and Powerchip Semiconductor Manufacturing Corp. play a central role in the global semiconductor supply chain.