Flying taxis could be in the skies of Japan by 2025. Source: SkyDrive

Flying taxis could be in the skies of Japan by 2025

In a 2019 research by Morgan Stanley, analysts claim that the global demand for electric vertical take-off and landing aircraft (eVTOL) is set to reach US$1.5 trillion by around 2040. Although we are still far away from that figure, the world may witness its first flying taxis four years from now, in Osaka, Japan.

Earlier this month, Tokyo-based startup SkyDrive Inc. signed a partnership agreement with the Osaka Prefectural Government to have a fleet of flying cars up and running for use in the World Expo 2025 in the Osaka region. SkyDrive’s CEO Tomohiro Fukuzawa is convinced that by 2050 anyone will be able to fly to any destination within the capital’s 23 wards in 10 minutes.

To recall, the developer of flying cars which was founded only three years ago, demonstrated Japan’s first public test flight of a manned vehicle in August last year. Ever since then, they have been hoping to introduce such mobility as an option that has advantages over existing modes of transport.

SkyDrive’s SD-03 used for the test flight is powered by electric motors that drive rotors deployed in four locations, with each location housing two rotors, and the company is aiming to develop the world’s smallest eVTOL vehicle.

The partnership agreement between SkyDrive — which has about 100 employees including engineers from Toyota Motor Corp. and Mitsubishi Heavy Industries Ltd — and Osaka Prefecture, as well as the city of Osaka, is mainly to work toward the practical utilization of its flying cars in the western Japan metropolis ahead of the World Exposition. 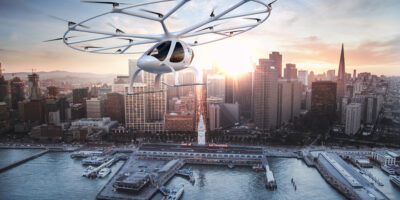 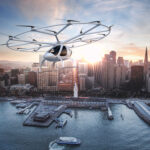 SINGAPORE COULD GET FLYING TAXIS BY 2023

Reports also claim that Osaka Gov. Hirofumi Yoshimura has aspirations to see flying cars start having passengers in the Osaka Bay area in 2024, by shuttling them five kilometers between Universal Studios Japan and the city’s Yumeshima artificial island, which so happens to be the venue of the exposition.

According to Tomohiro, “Osaka is the ideal place to launch air mobility in Japan because of its record of innovation, the scheduled World Exposition, and its topography, with the metropolitan area built around and connected by rivers, the bay, and the sea. Flying cars will make it possible to use the skies for daily transportation.”

Currently,  SkyDrive is said to be testing a two-seater flying car that resembles an outsized drone, with a rotor at each corner. They are also offering a cargo delivery transporter known as SkyLift that could be used to deliver goods to difficult or inaccessible areas.