Digitalization in India is a process that is set to grow in 2025 due to the activity of middle-aged and senior users as the Indian people’s attitude towards digital technologies has changed radically during the last few years.

According to Statista, the country had the world’s second-largest internet population at over 749 million users in 2020. Of these, 744 million users accessed the internet via their mobile phones. 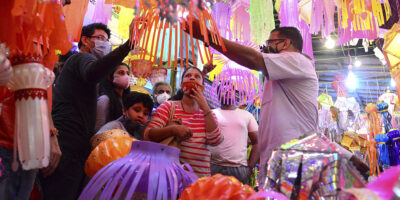 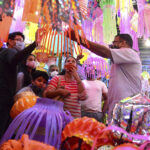 Digitalization increments due to the middle-aged and elderly population

Robocash Group revealed that by 2025, 66% of the increase in internet users would be attributed to the middle-aged and elderly population. The shares of young adults and middle-aged generations will become equal, resulting in an equivalent impact on fintech.

This change in the structure of internet users will directly impact the fintech industry, increasing the significance of the middle-aged and elderly population as a target audience, according to analysts at the Robocash Group.

The financial holding forecasted that the share of young adult internet users would continue to decline, compared to the middle-aged generation (35 to 54 years old).

11% of middle-aged and 14% of seniors will undoubtedly start using fintech frequently or consistently. In this regard, fintech companies will turn to online education and training of the middle-aged and elderly generations to expand the target audience.

Thus, 94 million and 62 million from middle-aged and elderly age groups are forecasted to become internet users by 2025. This will lead to a shift in the age breakdown structure, as the prevailing share will then belong to middle-aged people.

The shares of the young adults and middle-aged internet users will become roughly equal, thereby having equivalent potential and influence on fintech services.

The most significant fintech adoption rate in the world

Commerce and Industry Minister Piyush Goyal in the 2nd Global Fintech Fest-2021 said that India was poised to become one of the largest digital markets in the world, pointing out that Asia’s third-largest economy has the highest fintech adoption rate in the world.

As of May, India’s United Payments Interface (UPI) had seen 224 banks’ participation and recorded more than 3.6 billion transactions in August.

Digitalization in the form of fintech in India to rise

According to Invest India, the country has the highest fintech adoption rate globally and is amongst the fastest growing fintech markets in the world.

The Fintech sector has 1,860 startups. As of December 2021, India has over 17 fintech companies, which have gained ‘Unicorn Status’ with a valuation of over US$1 billion.