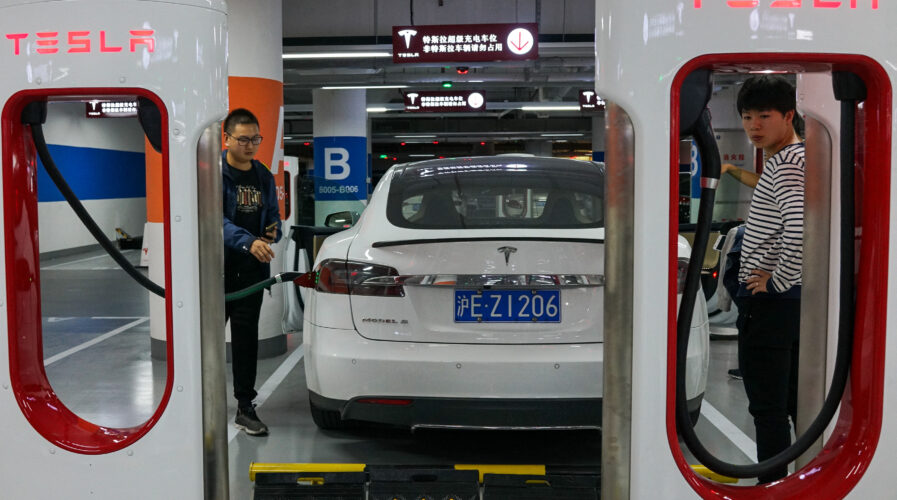 China exported half a million of EVs in 2021 — the highest in the world. (Photo by CHANDAN KHANNA / AFP)

In 2021, the sale of electric vehicles (EVs) in the Chinese mainland reached over 3.2 million units in 2021, nearly half of the total sales of global EVs. Now, latest data suggests that the country also exported the most EVs for the whole of last year.

According to Nikkei, China exported nearly 500,000 EVs in 2021 — more than any other country in the world — “thanks to increasing sales in Europe and Southeast Asia by emerging cost-competitive automakers,” the report claimed.

To be precise, data by the General Administration of Customs of China, the number of passenger EVs exported in 2021 increased 2.6 times to 499,573 units. Today, China accounts for nearly 60% of global EV production and is emerging as the world’s factory for EVs. 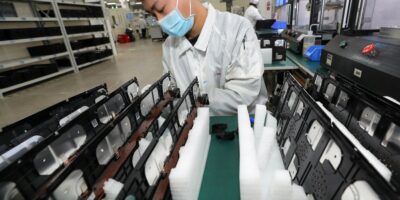 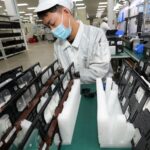 In particular, China’s EV exports to Europe rose fivefold to 230,000 units, with the region absorbing half of China’s total EV exports. Belgium imported 87,000 units and the UK 50,000 units. Interestingly, reports are claiming that more than 100,000 of the total have originated from Tesla’s Shanghai plant.

Overall, Nikkei’s findings based on data from LMC Automotive noted that global EV production in 2021 was 3.99 million units. China accounted for 57.4% of the total, Europe and the US for 22% and 12%, respectively, while Japan accounted for just 0.9%.

The good numbers with EVs is despite a pandemic-related worldwide downturn in car sales. For starters, in 2020, the global sales of EVs increased by a staggering 41% year-on-year. Even better, by 2021 EV sales around the world grew by a record 160% within the first half of the year alone.

Who led the adoption of electric vehicles in 2021?

Combined, sales of EVs in the two markets represented 87% of all EV sales worldwide. In a rather meek comparison, the US EV market continues to lag with only 250,000 EVs sold up till June this year, only 3% of new cars sold there.

In 2022, Gartner predicts that six million electric cars, which include battery electric and plug-in hybrid, will be shipped in 2022. Gartner also forecasts that electric cars will represent 95% of total EV shipments in 2022 and the remainder will be split between buses, vans and heavy trucks.

More importantly, Gartner believes that to foster the transition to EVs, automotive manufacturers will have to address several factors such as lowering the price of EVs and batteries, recycling EV batteries, offering a wider selection of vehicle models with more extensive driving range and improving charging infrastructure.