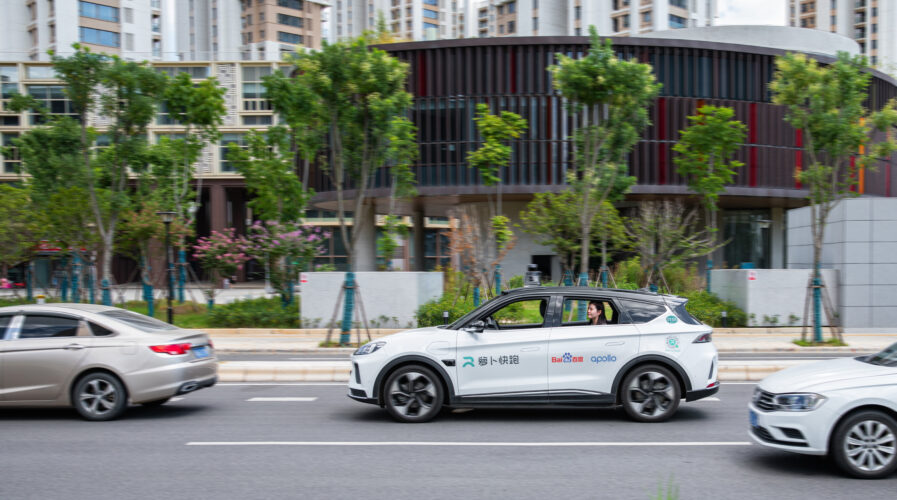 The first full driverless taxis in China will come from Baidu.Source: Baidu

The first full driverless taxis in China will come from Baidu

Earlier this year, Baidu Inc. and self-driving startup Pony.ai were greenlit by local regulators to deploy cars without someone in the driver’s seat — marking a relaxation of Chinese rules. At that point of time, Baidu Vice President Wei Dong said it is a big step in China, toward cars independent of human intervention, which he predicted could emerge as soon as next year. Hardly a year later, the company announced its ride-hailing service has won approval to deploy the first fully autonomous self-driving taxis on China’s roads.

In a press release this morning, Baidu said “Apollo Go is now authorized to collect fares for robotaxi rides – completely without human drivers in the car – in Chongqing and Wuhan, two of China’s largest megacities.” The company also added that amid increasing regulatory approval of the expansion of autonomous vehicles (AVs), the permits reflect regulatory authorities’ strong recognition and trust in the strength of Baidu’s autonomous driving technology. 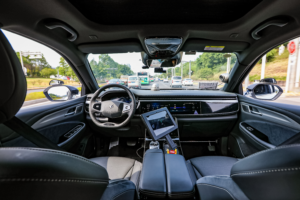 Both cities, Wuhan and Chongqing’s Yongchuan District, have been pioneering new approaches to intelligent transportation in recent years, from developing infrastructure to updating new regulations for AVs. Having received the permits, Baidu said it will begin to provide fully driverless robotaxi services in the designated areas in Wuhan from 9 am to 5 pm, and Chongqing from 9:30 am to 4:30 pm, with five Apollo 5th gen robotaxis operating in each city.

The areas of service cover 13 square kilometers in the Wuhan Economic & Technological Development Zone, and 30 square kilometers in Chongqing’s Yongchuan District. To recall, the search engine giant has been transitioning to AI and self-driving after its core advertising revenue continued to shrank. Its smart driving business provides software to carmakers like Geely Automobile Holdings Ltd. and runs a ride-hailing platform powered by a fleet of robotaxis in nine cities including Guangzhou and Beijing. 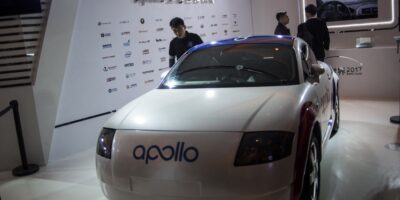 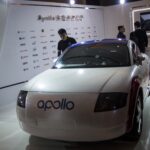 To receive the permits, Baidu’s robotaxis have undergone multiple steps of testing and licensing, starting from testing with a safety operator in the driving seat, to testing with a safety operator in the passenger seat, before finally receiving authorization to operate with no human driver or operator in the vehicle. Just last month, Baidu unveiled a new version of its robotaxi, called Apollo RT6, that it says costs nearly 50% less to make than its previous model, opening the opportunity for cheaper travel.

Fully autonomous. All-electric. Production-ready. This is the Apollo #RT6 – Baidu’s next-gen autonomous vehicle, unveiled at #BaiduWorld2022. With a unit cost of just $37k, the RT6 is bringing the world one step closer to a driverless future. Read more 👉 https://t.co/PLzVH7b9Ds pic.twitter.com/vPvq6WgVpC

Precisely, the Apollo RT6, will be priced at US$37,000, a significant decrease from the US$71,000 that Baidu’s 2021 version of the car cost, according to the Wall Street Journal. The company also plans on doubling the number of robotaxis it has on Chinese roads to 600 vehicles by the end of this year, Wei said.

“This massive cost reduction will enable us to deploy tens of thousands of autonomous vehicles (AVs) across China. We are moving towards a future where taking a robotaxi will be half the cost of taking a taxi today,” Robin Li, co-founder and CEO of Baidu, said in a press release in July. At this point, Baidu already has a small fleet of robotaxis running in 10 Chinese cities, but plans to start massive expansions of their services in 2023, ultimately seeking to have over 100,000 Apollo RT6 models on the road, according to a report by BBC. Baidu has said it plans to expand Apollo Go into 65 cities across China by 2025 and 100 cities by 2030.

As of the end of March 2022, Baidu tops in the cumulative number of autonomous driving patent applications in China, totaling 4,000; among them, the number of global patent families for high-level autonomous driving has exceeded 1,500, ranking first worldwide. Having already expanded to all first-tier cities in China, covering Beijing, Shanghai, Guangzhou, and Shenzhen, Apollo Go has now surfaced to become the world’s largest robotaxi service provider, recently reaching the milestone of more than one million orders.