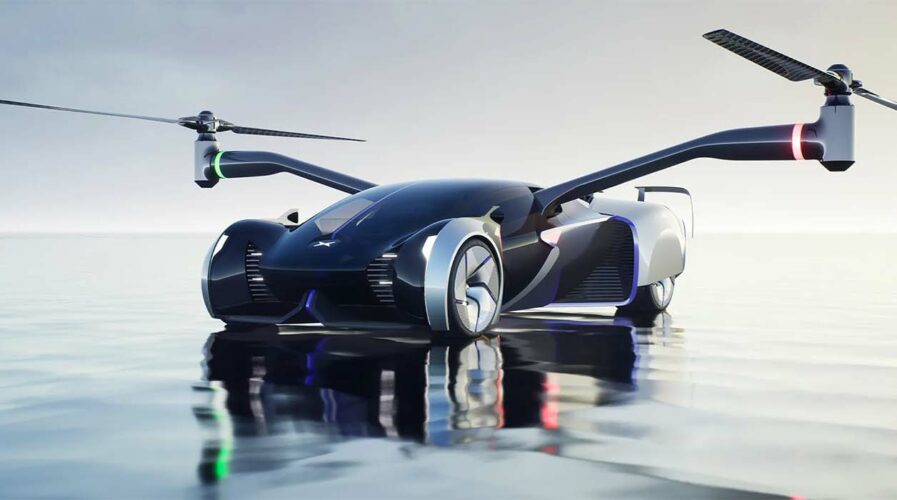 Dubbed as the largest flying car company in Asia, XPENG AEROHT, an affiliate of Chinese electric vehicle maker XPeng, has continually made progress in its goal of building the world’s first flying car. The urbain air mobility (UAM) company had promised to deliver a flying car by 2024, and this week, XPeng AeroHT managed to actually demonstrate the first public flight of its electric flying car, the XPeng X2, at Dubai.

Frankly, since its inception in 2013, XPeng AeroHT has conducted more than 15,000 safely manned flights. The X2’s first public display came after the completion of specific operations risk assessment which then led to the receival of special flying permit from the Dubai Civil Aviation Authority (DCAA). XPeng’s vice chairman and president Brian Gu reckons “XPeng X2’s public display in Dubai represents a significant milestone for XPeng Aeroht and the international achievement of flying cars. It is a major step in XPeng’s exploration of future mobility.”

According to the company, the XPeng X2 is the fifth-generation flying car independently developed and manufactured by XPeng Aeroht. “For the first time, the X2 adopts an enclosed cockpit with a minimalist teardrop-shaped design and a sci-fi appearance that takes high-efficient aerodynamics into account to achieve the ultimate in-flight performance. In order to reduce weight, the XPeng X2 has a complete carbon fiber structure,” the company said in a statement.

MOVE ASIDE TESLA, XPENG AIMS TO BE TOP THE AUTONOMOUS VEHICLE PROVIDER IN CHINA

The company states that no carbon emissions are produced during flight because it is all-electric and thanks to its eight rotors, the Xpeng X2 flying car can soar up to 3,200 feet at a speed of up to 130 km/h for around 35 minutes. The company even plans to announce progress on its sixth-generation model that can drive on roads as well as fly at the 1024 XPeng Tech Day, due to take place on October 24.

Previous electric vertical takeoff and landing (eVTOL) prototypes by XPeng Aeroht include the T1 in 2019, followed by the X1 in 2020. Despite its lack of wheels, AeroHT refers to the X2 as a flying car because it shares much of the same design DNA as the P7 sedan from XPeng Motors.

Other automakers that are developing flying cars in China include Geely’s Terrafugia, which is building a factory in the central city of Wuhan. China’s TCab Tech and AutoFlight are also exploring low-altitude city flights, or global urban air mobility, a market that could reach US$1 trillion by 2040, according to Morgan Stanley.

Elsewhere in the region, Volocopter, a German urban air mobility company will be launching its air taxi services in Singapore in 2024. The company signed an MOU with Skyports, an enabler of advanced air mobility (AAM), JTC, and the Singapore Economic Development Boards to explore ways the aerospace park can support the growth of the emerging AAM sector in the republic.

Singapore’s Seletar Aerospace Park has been selected as the Advanced Air Mobility (AAM) hub to enable the air taxi ecosystem. On the other side, in Japan, Tokyo-based startup SkyDrive Inc. had signed a partnership agreement with the Osaka Prefectural Government last year  to have a fleet of flying cars up and running for use in the World Expo 2025 in the Osaka region.